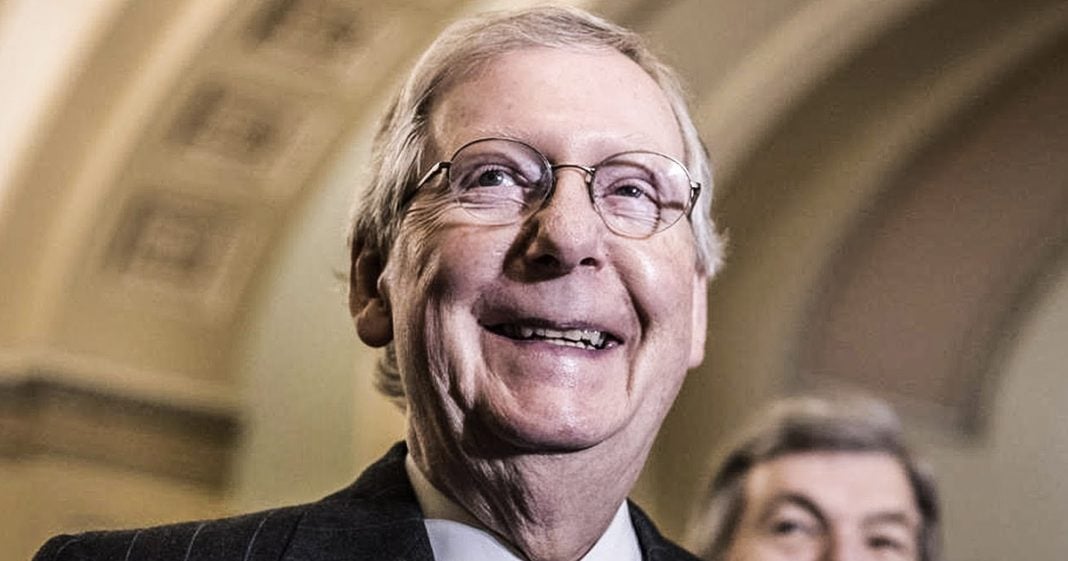 Brett Kavanaugh clearly despises women. Even when you subtract the allegations against him, it was obvious from his demeanor during his hearings that he has no respect for women at all. The same can be said of nearly every Republican lawmaker in Washington, D.C. and across this country, and their votes for Kavanaugh reaffirmed this. Ring of Fire’s Farron Cousins discusses this.

Another big takeaway from the Brett Kavanaugh confirmation, not just the vote to confirm him, but the whole spectacle really that Republicans put on throughout the nomination and hearing process, the big takeaway there was that Republicans really do not give a damn about women in the United States. Orrin Hatch, Republican Senator Orrin Hatch, might be the most disgusting person serving in the Senate today. He’s really given Lindsey Graham a run for his money, because Hatch was the one who told the female protestors that they just needed to grow up. Grow up and get out of my face. He also said that Dr. Christine Ford, when she was testifying, she was very pleasing, so he wasn’t even focusing on what she was saying. He was just concentrated on hey, this is a very pleasing looking woman. I’m going to laser focus on her, just try not to hear what she has to say, because it might ruin whatever disgusting fantasy is going on in my head right now.

Chuck Grassley, same thing. Lindsey Graham, Mitch McConnell, even Donald Trump. All right, you got your five big Republican guys out there proving that they don’t care about women. Donald Trump actually said the reason he had to mock Dr. Christine Ford in a rally last week was because he was just trying to level the playing field. That is actually what he said. He said he had to level the playing field by mocking a woman that was sexually assaulted and that’s what we have. We have a Republican party who was so hell-bent on shoving through this nominee Brett Kavanaugh because they wanted to take away a woman’s right to choose what to do with her body. I mean, that’s the other kicker here. It’s not just that we’re going to ignore all of these allegations and all of the women with all of their stories about Brett Kavanaugh. We’re going to ignore all that because we want Brett Kavanaugh to make the lives of women even worse in the United States.

Republican lawmaker, I can’t remember his name, but he’s a state lawmaker, and he said that he is so happy that Kavanaugh is now confirmed, and I urge women to go ahead and stock up on coat hangers. In case you’re not familiar with that, he is assuming obviously that Kavanaugh is going to overturn Roe versus Wade and the only way women are going to be able to terminate a pregnancy is by doing it in a back alley with a coat hanger. That’s what this guy said. Republicans hate women. There is no way around that. There is nothing you can argue to really make anybody think otherwise at this point.

All of their policies, not just coming from the Kavanaugh confirmation and hearing, but for decades now, have been about putting women in the place where Republicans believe they should be, and it’s based on some backwards, ancient, failed religious ideology that women are supposed to be subservient to men. That is what our elected officials in Washington, D.C. today believe. They want to keep women down. They want to prevent them from doing basic things like getting paid the same amount a guy does doing the same job. They have actually tried to get rid of that. Republicans hate women, and I hope that every woman out there watching this understands that and realizes it, and uses that knowledge when they go to the polls this November.