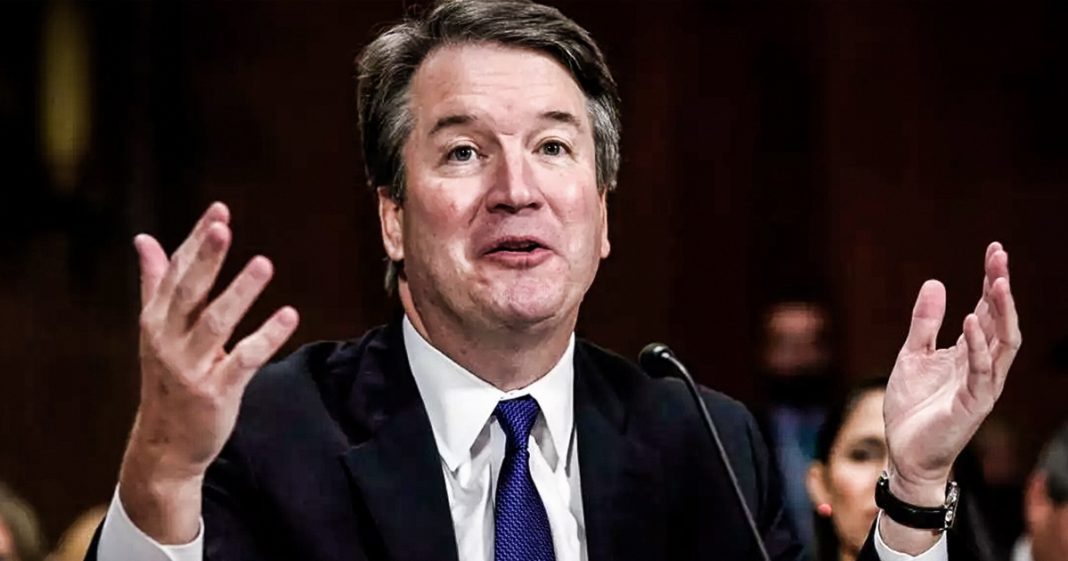 With the Saturday vote to confirm Brett Kavanaugh to a lifetime appointment to the US Supreme Court, Republicans proved that there are no honorable ones among them at all. Yes, ONE Republican jumped ship (Lisa Murkowski) but the ones that have raised the loudest voices of opposition to Trump fell right in line with him. Ring of Fire’s Farron Cousins discusses this.

If there’s one thing we’ve learned over the last four days here in the United States it’s that there are no good Republicans in Washington, D.C., or quite possibly anywhere in the United States. I know Lisa Murkowski didn’t want to vote yes on Brett Kavanaugh. She said she was going to vote no. Followed through. But that’s one. Literally one out of all of the Republicans that we have serving, including those who have been outspoken in their opposition to Donald Trump.

The message today is that there are no good Republicans and we need to stop pretending that any of them have any kind of conscience, any kind of backbone, or that they’re opposition to Donald Trump is anything more than an attempt to get more retweets when they go after him. Because that’s what it is.

Susan Collins made it very clear in her little speech on Friday where she gave her 30-minute preamble to “hell yeah, I’m voting for Brett Kavanaugh,” that she is just as disgusting as every other Republican. Now, she may have tried to wrap it up a little bit more nicely than, say, Lindsey Graham or Mitch McConnell, but she was essentially telling us the exact same thing that they have been saying. “I don’t believe Christine Blasey Ford. I do not think that Brett Kavanaugh is a bad human being. I do not believe any of the accusations against him. Although I do believe that Dr. Christine Ford was assault, it was just probably by somebody else. So, yes, I will vote yes.”

While that disappointed a lot of people in this country, obviously Democrats who thought maybe Collins was going to have a conscience here, it wasn’t surprising in the least. We have seen this from these Republicans that the Collins, even the Murkowskis, the Flakes, the Hellers, time and time again since Donald Trump took office, they talk a big game, they go out there, they give these interviews, and they say, “No, I’m not convinced. I don’t like this. Hell no. I’m not going along with it.” Then when it comes time to vote, they’re going to go right down party lines.

Flake, for example, has voted with Donald Trump 83% of the time. In spite of him being one of the loudest voices of opposition, he’s also one of the most loyal Republicans there is. There’s a reason for that. The things that Donald Trump is doing are no different from what the Republican Party has been wanting to do forever. That’s why they’re going along with it. They may not like Donald Trump’s style, which nobody really does except for his hardcore troglodyte base, but they want the same policies. They want the same end result. They want those tax cuts for the wealthy. They want to pack the courts with conservative hacks. Regardless of how Trump wraps it up or how abrasive he may be, and how much they dislike that, they’re going to vote for it almost every single time because at the end of the day, the values that Donald Trump has, as disgusting as they are, are the same values of every other Republican sitting in office today.