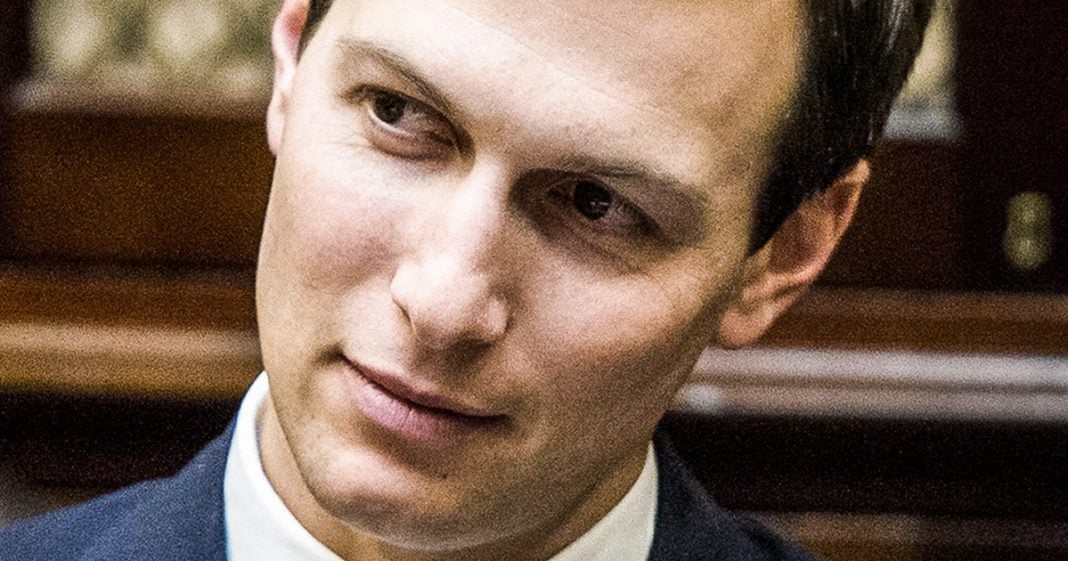 A New York City councilman is hoping to pass a new rule that will close the so-called “Kushner Loophole” which has allowed landlords to file false paperwork without fearing oversight or punishment. The loophole is named after Jared Kushner and Kushner companies, a group that has repeatedly filed false paperwork with the city in order to screw over their tenants. Ring of Fire’s Farron Cousins discusses this.

A New York city councilman is trying to rain in some of the corruption happening in his city by closing what he’s calling the Kushner Loophole, and that is a loophole that actually allows landlords in New York City, much like Kushner Companies, to file false paperwork with the city and then basically have the city never follow up when they find out at the paperwork has been filed falsely.

Now, this is exactly what Jared Kushner and Kushner Companies had been accused of and actually fined for in recent weeks back in March and April of this year. Massive AP report came out and showed that Jared Kushner and his company were actually illegally filing false paperwork with the city to show that they had no rent controlled tenants, when in fact the buildings they owned had plenty of them. Those people, most of them, got kicked out of their apartments, some illegally had their rents increased, all so that Jared Kushner could get them out of the building, flip it, and turn a very quick profit.

And, because of the way the laws in the New York City work with regards to the housing and landlords and paperwork and all of that, there was no followup when Kushner originally filed this false paperwork. Had there been followup, we wouldn’t have needed the massive associated press report telling us just how corrupt this guy was. So New York City Councilman comes out and says, “We’re gonna fix this. I’m gonna introduce a bill that would actually put an end to this, and if we find out that you are filing false paperwork, not only are we gonna look into the building that the false paperwork was filed for, we are going to audit every single holding that you, or your company, own.”

And that is exactly what needs to happen, because this was not the only time that Kushner Companies did this. We know that there were other apartment buildings that they purchased in New York City where they would have construction workers coming in and out of people’s apartments at all times of day without knocking. All construction workers were given a key to everyone’s apartment. They were doing that to harass the tenants to get them to move out so that they could renovate the apartments and sell them for more money.

Jared Kushner is about as corrupt as they come. He, and his companies, and his family have pulled out every possible dirty trick in the books in order to make more money in New York City real estate. Now, hopefully, if this bill passes, if this law from the councilman does go into effect, it’s gonna stop Jared Kushner and all the Jared Kushner acolytes in New York City from being able to harass their tenants and illegally kick them out of their buildings by finally providing a little oversight to the New York Housing situation.