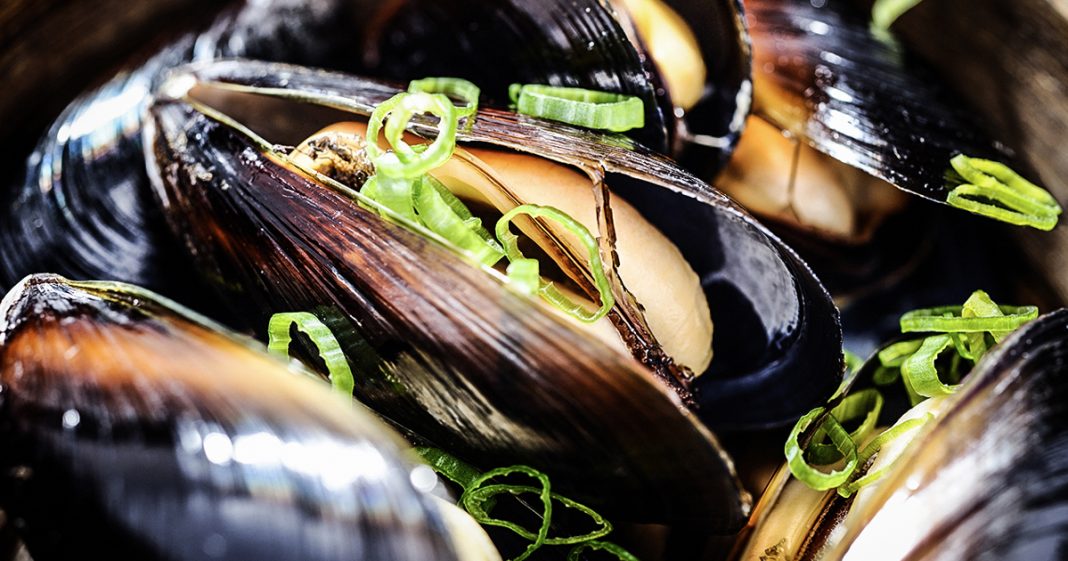 According to scientists and researchers, dangerous chemicals from fracking operations have now made their way into the food chain, with large amounts of these chemicals being found in shellfish. This is a serious new finding, and it shows that we have to find a way to get off fossil fuels before we continue to poison the earth. Ring of Fire’s Farron Cousins discusses this.

Researchers from Pennsylvania State University recently found that along the Alleghany River, mussels in that water, shellfish, are actually starting to show strontium, non radioactive strontium, in their shells. These researchers have realized that the reason this chemical is being found in the shells of these molluscs is because it was present in the fracking waste water that was dumped upstream in the Alleghany River from where these mussels were found. What this means, according to the researchers is that not only have these dangerous fracking chemicals made their way into the food chain, but now, because it takes a very long time for mollusc shells to develop and each time it adds a new layer, there’s bioaccumulation. Meaning, it’s not just flushing out of their system. There is bioaccumulation of fracking chemicals in the food chain here in the United States. That is a dangerous thought. It’s a scary thought, but unfortunately, that is the new reality in which we are living.

You want to make things even worse? How about this? How about the fact that we still don’t know all of the chemicals that are in each individual company’s fracking water? We don’t know what they’re using. We don’t know what chemicals they’re pumping into the Earth, because according to them, thanks to Dick Cheney’s Halliburton Loophole, it’s a trade secret. We can’t know because if they tell us then their competitors might find out and start using that same chemical cocktail as well.

They’re pumping these deadly toxins because, yes, we do know there are cancer causing chemicals in there. We know there’s diesel fuel. We know there’s other heavy metals that can cause severe endocrine disruption in human beings. The strontium alone, by the way, that they’re currently finding in the molluscs, can actually adversely affect bone growth in our children, basically turning them into osteoporosis, having young people. But hey, at least we’re getting more natural gas out of it, right? At least these fracking companies are pulling in a major profit from all of this, yeah? No. They’re poisoning the food chain, starting at the bottom.

That’s the thing. When you find something, any of these chemicals in the bottom of the food chain, like shellfish, molluscs, things like that, it makes its way up, because those get eaten by other marine creatures. The fish, the marine mammals, and so on and so up the food chain until eventually it’s going to reach human beings. Then what? Honestly, then what do we do, when we start eating seafood or land mammals, whatever it is, even vegetables, because this stuff goes into the ground water? What happens when that stuff starts bio-accumulating in our own bodies, once it starts building up for years?

I can tell you what’s going to happen, because we’ve seen what happens. We saw it with DuPont, with their C8 chemical that’s used in Teflon. We’ve seen it with Monsanto’s Roundup, and we’re going to see it again with these fracking chemicals. We’re going to see cancers. We’re going to see neurological disorders. We’re going to see all kinds of life altering illnesses, diseases and conditions that we can place squarely on the fracking companies for pouring their waste water into our rivers, streams and aquifers. We’ve now been given the warning that this is, in fact, happening and that it is affecting marine life. But, unfortunately, we don’t have a government with enough courage to stand up to these companies, to tell them to stop poisoning us.