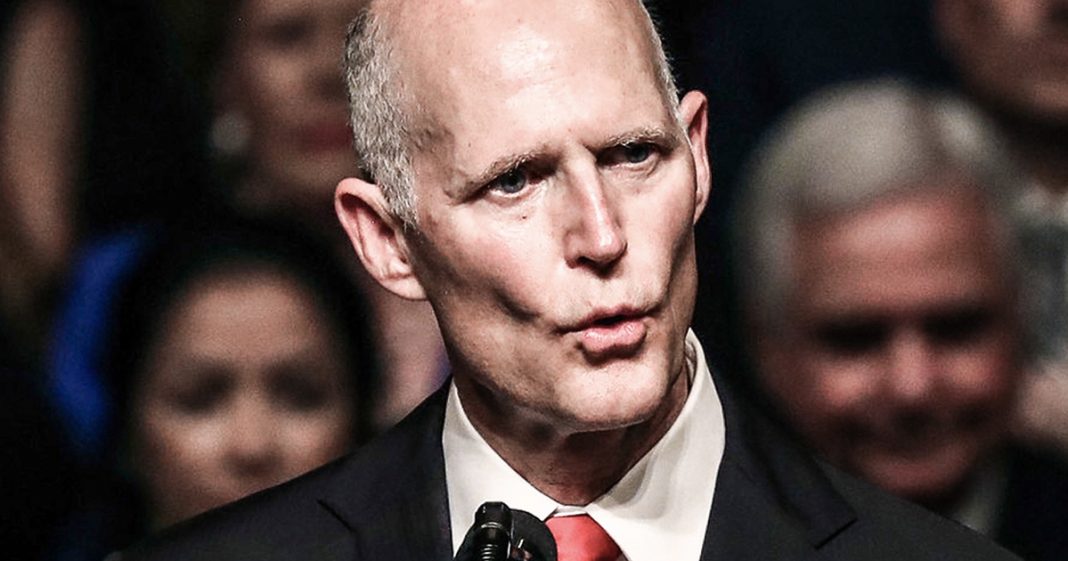 The state of Florida is doing everything they possibly can to prevent African Americans in the state from being able to vote in the upcoming elections. Sadly, this is a trend that has been going on in the state for nearly two decades, but in the last 6 years the problem has gotten so much worse. And with very contentious and high-profile races this year, the Republicans who run the state are desperate to win at any cost. Ring of Fire’s Farron Cousins discusses this.

The state of Florida really seems to hate minority voters. And this is actually something that was evident as far back as the 2000 Bush V. Gore election here in the state of Florida. But it’s a trend that’s actually continued and somehow managed to get worse over the last 18 years. According to new reports, the number of ballots cast by African Americans and Hispanics here in the state of Florida that are being thrown out is actually on the rise. Between 2012 and the 2016 elections, the three different election cycles in there, almost 20% of the vote-by-mail ballots cast by African Americans were thrown out. Not counted. They did not count those people’s votes in those particular elections. Nearly 20%. 17, excuse me, 14% of Hispanic vote-by-mail ballots were thrown out. And those numbers are on the rise.

And here’s why this is happening. First and foremost, we have a state government down here in the state of Florida that has been wholly controlled by the Republican Party for decades. Decades, of single-party rule here in the state of Florida. And all of that could likely change in the very near future, because of the shifting demographics of this state. Even after Hurricane Maria last year, we had tons of people from Puerto Rico moving to the mainland here, and becoming residents. So as US citizens, they’re already allowed to vote. They move here, they change their registration, they get to vote here, that’s a changing demographic that the Republican Party here doesn’t want to see.

It’s also why we’ve seen even the most loyal Trump loving politicians here have to correct the President and say, “No, no, no, Hurricane Maria was really bad, and the death toll was in fact nearly 3000.” Ron Desantis, the Republican running for governor, who has been endorsed by Donald Trump, he’s been featured in a lot of Desantis’ ads, had to come out and break with the President on that because he understands the demographic shift taking place here.

But none of that may matter. If Republicans have their way, we’re gonna look at even more voter purges of African Americans, Hispanics and any other non-White people here in the state of Florida.

And we also do have some White people that are getting disenfranchised, having their ballots thrown out, but those are young kids, the college kids. We have a lot of major colleges here in the state of Florida, a lot of football schools, they attract people from all over the country, very diverse backgrounds, diverse ethnicities, it’s a melting pot, as it should be. And since we also know that younger voters tend to skew more Democratic, that helps explain why these vote-by-mail ballots for these young kids, young adults, here in the state of Florida, also are getting thrown out at a record pace.

Republicans here in the state of Florida are terrified of change, but that is exactly what’s happening in their state. And they can throw out as many ballots as they want, even though yeah, it’s illegal, the methods they’re using are questionable, their reasoning behind it is certainly sinister, but eventually, in the next few years really, those demographics are gonna shift in a way that it’s not gonna matter how many ballots they throw out, those voices will not be silenced.