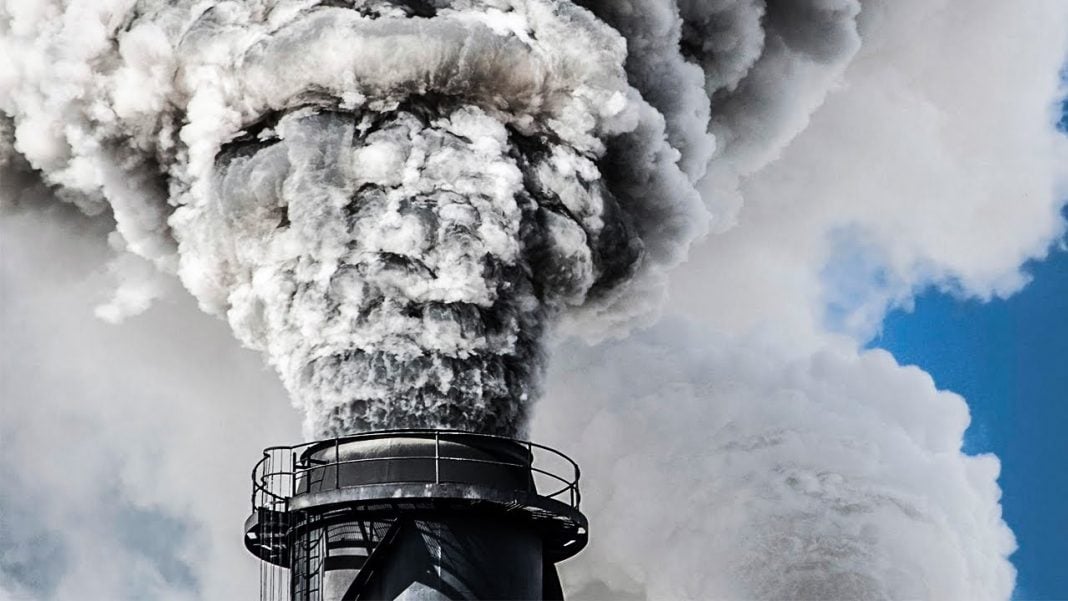 Climate change is one of the most important issues facing not just the US, but the entire planet right now. Ring of Fire’s Farron Cousins discusses this issue.

Let’s talk for the next few minutes about climate change. Now, I know that issue makes a lot of people roll their eyes, they tune out. Hell, even Chris Hayes from MSNBC, probably the most progressive guy they’ve got on the network now, admitted on Twitter not that long ago that the network doesn’t like talking about climate change because it’s a ratings killer. He wasn’t saying that to say like, “I never want to talk about it.” He was explaining, answering some of these questions on Twitter as to why they don’t talk about it. We’ve even seen that. David [Packlin 00:00:28] has seen it. A lot of our friends from Ring of Fire have seen it, too. You do a climate change segment, big yawn, nobody cares.

Climate change is one of the most important issues facing not just the US, but the entire planet right now. In fact, when you consider the entire planet, yes, it is the most important issue. It’s also an issue that touches every single aspect of what’s wrong here in the United States. Income inequality gets made worse by environmental pollution. The poor, the have-nots in this country are more affected by corporate pollution and climate change. That is a fact. African American communities and Latino communities are more adversely impacted by pollution and climate change than other demographics. You got the income issue, you got the racial issue, you’ve got the political issue, the money and politics coming from fossil fuel interests flowing to the parties, most of it going to Republicans but enough of it going to Democrats to stop any meaningful action. We have to do better.

The UN reported not that long ago that we’re kind of … It wasn’t the UN. Excuse me. It was several governments around the world contributing to this report. We’re about to hit the tipping point. The point where it may be impossible to stop the 2 degree Celsius global warming that is going to cause massive sea level rise, trillions upon trillions of dollars in property damage and lost real estate value because that real estate is now under water forever. Nothing we can do about that. We can’t fix that. We can’t make the water go back. That’ll just be life at that point. That’s our life now.

Here’s the thing. Recently, a good friend of the show, climate scientist Dr. Michael Mann wrote an op ed for The Guardian where he talked about Hurricane Florence. This was before Florence hit, maybe right after. He talked about how climate change makes these storms more intense, it brings more rain, it brings more sea level rise at the time, the storm surge that comes through that helps with flooding and makes it so much worse, makes the rains worse, makes the winds faster and harder. But there was almost no mention of climate change in the coverage of Hurricane Florence. That’s been an epidemic in the United States for years now, even though we know climate change is making it worse. Last year when we had that string of horrible storm after horrible storm, Harvey, Irma, Maria, you know, bam, bam, bam, climate change was nonexistent from the coverage of these things.

We can’t address a problem when we’re not willing to talk about it. We can’t address a problem when the corporate media admits they don’t talk about it because it’s a ratings killer. Their advertisers have to have more eyeballs on the commercials. If we talk about climate change, people may change the channel for five minutes. Then, suddenly, Geico doesn’t get more viewers on their lizard commercial. That’s literally where we’re at, folks. That is what we’re talking about. Merck and Pfizer, people aren’t watching their ads for erectile dysfunction medication because they changed the channel because we mentioned that climate change made that hurricane worse. That’s what the networks admitted. They’ve admitted it.

We can do better and Michael Mann explains how we can do better. It starts with something as simple as voting. Believe it or not, that is the most important thing you can do to protect the environment here in the United States and all across the planet.