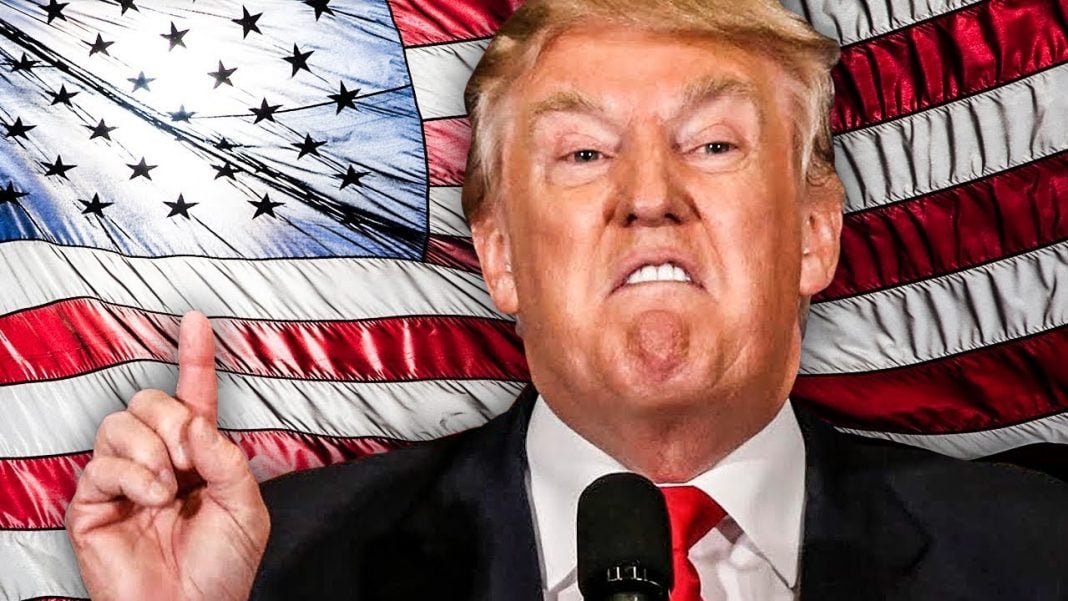 Our first question tonight comes from Maggie Tole who asks, “Do you think Trump is going to get away with all the crimes he committed just because he became president before he got caught?” Ring of Fire’s Farron Cousins discusses this issue.

We’re going to go to Twitter now and take some questions. So if you have a question for us that you would like us to answer on the show, you can send it using the #AskROF, you can tag @RingofFireRadio or you can tag me personally @Farronbalanced.

Our first question tonight comes from Maggie Tole who asks, “Do you think Trump is going to get away with all the crimes he committed just because he became president before he got caught?”

I don’t. There’s a lot of debate on this issue among the left. I don’t care about the debate on the right. They can say, do whatever. They don’t matter in this particular instance. But even on the left, there sees to be a lot of people who think, “No, Trump ether didn’t do anything wrong,” or, “Yeah, he did, but he’s not going to go down for it so focus on other things,” and then you have the people who want to talk 100% about all the horrible things Trump has done and he needs to go to jail and he’s going to be impeached tomorrow. And if it’s not tomorrow, it’s going to be the next day or the next day or the next day. We got to find a fine line here because yes, it’s fairly obvious that Trump has probably done some illegal things throughout his life. Is he going to get away with these things though? I mean, I guess that’s the heart of your question here. Personally, I don’t think so. I would like to think that this investigation, that the other investigations going on into him and his family, somebodies going to come up with something. Now, they may not be held all the way accountable for it, but Donald Trump’s real weakness is not in the court of law. It’s in the court of public opinion. That’s what matters to him more than anything else other than obviously his bank account.

He has this obsessive and clinical, really, need to be loved by everyone or by most. So if we do get information that comes out that shows that Donald Trump committed a crime, whether it’s obstruction of justice, whether it’s collusion, maybe there’s tax fraud, maybe there’s money laundering. Who knows. I mean, based on all of the areas that Mueller has subpoenaed and gotten documents from, I mean, Deutsche Bank, the IRS. He could be looking at any one of these things at any given time, and I think it’s actually some combination of all of them. So yeah, you dig deep enough, you’re going to find something in this dude’s past. Maybe his immediate past. Maybe in the last two years like the 2016 Trump Tower Meeting. Who knows. We have to wait for the final report, and at that point, I do think to some extent Trump will be held accountable. Maybe it will be impeachment. Maybe it’ll be a slap on the wrist by Congress if Republicans are able to hold on to the House and the Senate. Obviously nothings going to happen there.

But if the Democrats win the House and hopefully maybe even the Senate, then yeah, we will definitely see some kind of ramification for Donald Trump. But none of that will matter because the next president to take his place would be a Republican if he gets impeached. They’re going to pardon him. They’re going to pardon his family, and they’re going to bite it in the 2020 election. But Trump’s image with the American public will forever be tarnished and that will harm him personally more than any kind of punishment the court system can dull out, and that’s what he’s so terrified of. It’s not going to jail. It’s not even necessarily losing money. He’s got more money than he knows what to do with. It’s being hated by the public, by everyone, by those people who once loved him. That’s what he’s afraid of.