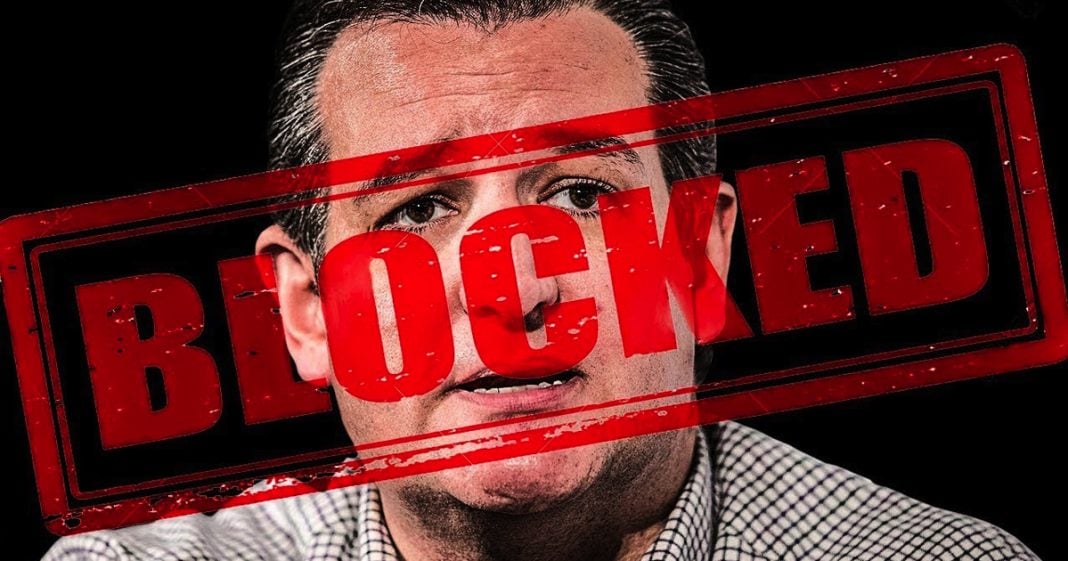 Our first question tonight is from @P_McEnroe who says, “Someone just Tweeted me and said that #TedCruz blocked her. Isn’t that illegal because of the ruling that stated that #DonaldTrump can’t block people while #POTUS?” Ring of Fire’s Farron Cousins discusses this issue.

We’re back on Ring of Fire. I’m Farron Cousins and we’re going over to Twitter right now to take some viewer questions. If you have a question for us you can send it using the hashtag ask ROF, or you can send it directly to us as a direct message either at Ring of Fire Radio or you can send it to me at Farron balanced. Our first question tonight is from @P_McEnroe who says, “Someone just Tweeted me and said that #TedCruz blocked her. Isn’t that illegal because of the ruling that stated that #DonaldTrump can’t block people while #POTUS?” Luckily Ted Cruz is not the President of the United States. Unfortunately Donald Trump is. There is actually a big different between that though. Just for the distinction, the reason Donald Trump is not allowed to block people on Twitter is because they have determined that Donald Trump’s tweets are official declarations of the President of the United States.

As a result of that, because of that, every American citizen is entitled to see them, hear them, whatever it is, those are official statements. We have the right to see them, therefore he cannot block people on Twitter from having access to them. Ted Cruz as not the President, does not fall under that. His tweets are not protected, they’re not part of the Presidential Records Act to be preserved and saved, something that everybody has access to. Ted Cruz’s tweets are just the rantings of a crazy man who’s getting desperate about his upcoming reelection that he is very likely to lose. So if your friend was blocked by Ted Cruz, I say go ahead and wear that as a badge of honor. Nothing illegal about it. All that means, is that you don’t have to see all the daily stupid stuff coming out of the mouth of Ted Cruz, all of the lies that he’s tweeting out, which basically on par with the President at this point. So if Ted Cruz blocked you, I envy you, I would love nothing more than to not have to look at his tweets. But unfortunately sometimes it’s like a car wreck. You know it’s bad, you know it’s awful, you know it’s wrong. But you just gotta see what happened.