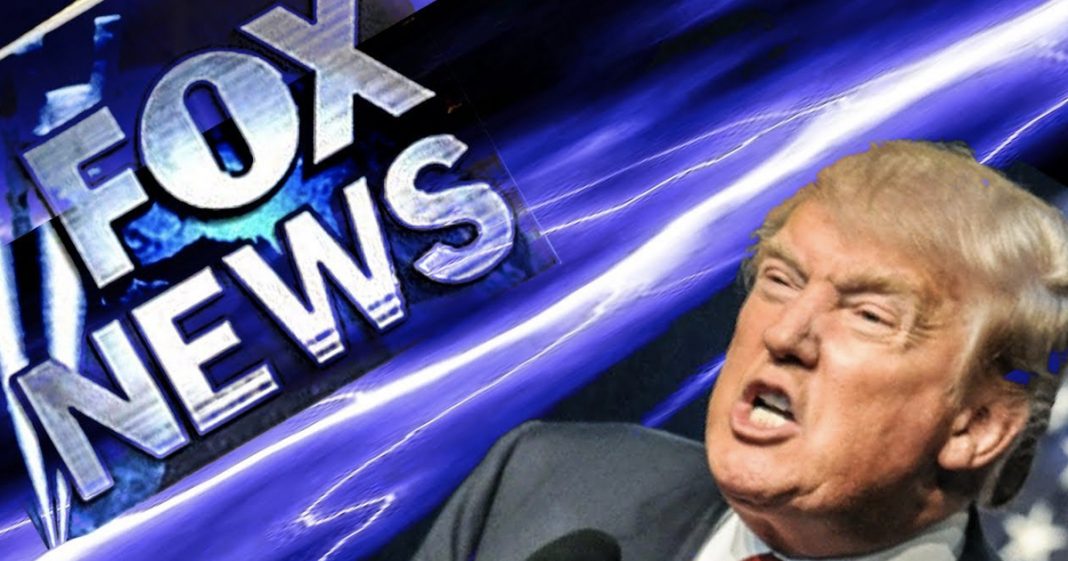 “Do you think there will ever come a time where Fox News will eventually just say to themselves, ‘Screw it,’ and start criticizing Trump in front of their Trump-supporting viewers without fearing Trump’s backlash?” Ring of Fire’s Farron Cousins discusses this issue.

Our next question comes from @Question0786. Perfect handle for question asking, I guess. Their question is, “Do you think there will ever come a time where Fox News will eventually just say to themselves, ‘Screw it,’ and start criticizing Trump in front of their Trump-supporting viewers without fearing Trump’s backlash?” No. I don’t. I don’t think they will ever hit that point. Fox News, even during the Bush administration, okay, when it was pretty obvious this administration was committing war crimes by torturing detainees, when all those pictures from Abu Ghraib came out, they defended it. They were out there telling us that this was okay, even though it was an obvious violation of international treaties, and international laws, and we were 100% without question committing war crimes. They still defended it, trying to say, “But it doesn’t matter, because they’re the bad guys.” “Oh, waterboarding’s not that bad. It’s not even really torture.”

Will they ever hit that point with Donald Trump where they finally say, “Wow. This guy’s a nut job. He’s not very smart. He’s not very good at being president. He wasn’t a good businessman. We were wrong about it all”? It’s not gonna happen. Even if we get the special prosecutor’s report, and it proves without a doubt that Donald Trump committed a conspiracy to defraud the people of the United States and undermine our electoral process, even if there’s irrefutable evidence, Fox News is gonna start saying, “Whoa. Isn’t that really no big deal?” If they impeach Donald Trump, that’s going to embolden Fox News. They’re gonna go out there and they will be talking about that until the end of time. They’re gonna talk about how the Democrats only did it as a political move. “They were so anti-Trump, suffering from Trump derangement syndrome, that they had to impeach him because he was hurting their feelings.” That is exactly what this network is going to say.

I don’t see a turnaround point. I don’t think there’s anything Donald Trump could do that would make these Republicans turn on him at Fox News. He could probably walk into Fox News, to take a variation of his own speech he gave during the campaign, he could walk into Fox News, punch Steve Doocy in the face, and Steve Doocy would then probably apologize for having such a punchable face. That’s how beholden they are to him. That’s how much they’re willing to defend him.

There’s nothing this man can do to make them turn on him, so our option is to simply turn them off. That is the best way to fight back against Fox News. They’re 100% dependent upon viewers. You starve them of that viewership, you starve them of their life as a network. I don’t waste too much time worrying about what the crazies over there at Fox News say. Oh, their highest rated host can pull in two million viewers a night. That’s a lot, especially compared to the other folks. But there’s 330 million people in this country. Two million a night really isn’t influencing as many as they like to think that they’re influencing.

Again, if you have a question for us, please send it using the hashtag #AskROF. You can also send it to us on Twitter @RingofFireRadio or you can send it to me, @FarronBalanced.