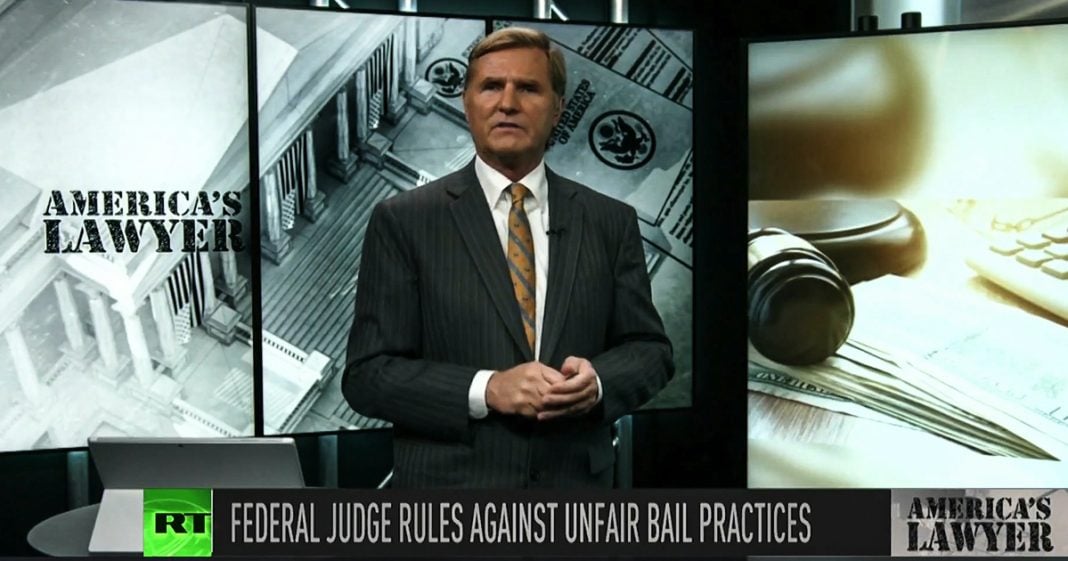 Via America’s Lawyer: A district judge in Dallas, Texas has ruled that the Bail’s system in Harris County is completely unfair. Mike Papantonio explains more.

And finally tonight, some good news. A district judge in Dallas, Texas has ruled that the Bail’s system in Harris County is completely unfair. And he gave the county 30 days to fix it. This is the second ruling in recent weeks challenging the Bail’s system in southern states. The judge in Dallas said that the court was not taking the defendant’s financial situation into account, and instead they were imposing the same standard bail to all defendants regardless of their ability to pay.

This means that anyone who can’t come up with the cash is going to sit in prison until their trial. There are really are two justice systems in the United States, one for the haves, and one for everybody else. This recent ruling about the unconstitutionality of our bail process, they’re helping to close the gap between the haves and the have nots, one county at a time. We can be hopeful.