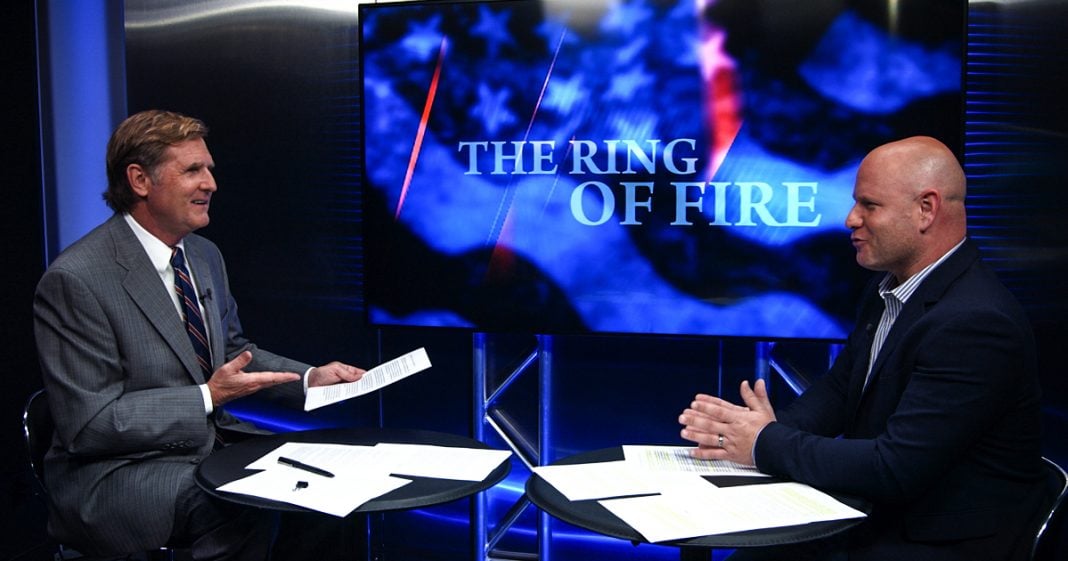 A federal judge has dismissed a series of lawsuits by former professional wrestlers claiming that they developed brain injuries from repeated head trauma. Ring of Fire’s Mike Papantonio and Farron Cousins discuss this issue.

Mike Papantonio: A federal judge has dismissed a series of lawsuits by former professional wrestlers claiming that they developed brain injuries from repeated head trauma. No surprise here. When I looked at this story Farron, the thing that struck me is there’s really two sides to this. First of all, I always begin with a very suspicious story, very disappointing story when I see any federal judge dismissing a case that really should be heard by the jury. There’s no reason that a judge should dismiss it unless the lawyer simply hasn’t done their job. The lawyer might not have come forward with another proof. Might not have had experts to come in and establish the kind of proof they need. They may just be bad lawyers. That’s the first prong of this story.

The second prong is the lawyer part. That is people don’t understand. You can hire a lawyer. For example, most of these lawyers that handle cases like this do it on a contingency fee basis, and here’s the problem. You got some advertiser out there that doesn’t even know where the courthouse is most of the time. When you see these big massive advertisers, 1-800-Auto, that kind of stuff. Most of the time, if you really drill down, they’re not really even trial lawyers. They’re lawyers. They have a law degree, but if you ask them where the courthouse was or how to get there, they’d have no clue. So it’s possible that this lawyer just dropped the ball. When I see a story where a federal judge dismisses a lawsuit, especially as important as this, when a jury could hear the facts and make a decision. Who’s the judge to say as a matter of law, this is not a case. I’m gonna dismiss it. That’s a jury question. What’s your take?

Farron Cousins: It is absolutely. I wanna hot on your point about the lawyers in just a second, but to talk about this specific one real quick. You had 53 professional wrestlers, former professional wrestlers, and they said all these cases were filed after 2007. We received repeated head trauma from years in the ring. They said the WWE who the lawsuit was against, didn’t even know about it until 2007 the judge says. All your claims know that’s bunk because they warned you in 2007. If we look at the NFL cases, they knew in 1994, so you can’t tell me that this judge said, well if this one major organization knew about it in 1994, it took 13 years for Vince McMahon or whoever to say huh, maybe head injuries are a problem here too. No the science was out there. They know. This should have gone to a jury to let them decide. Make the case.

Mike Papantonio: Exactly. Look, there’s a lot of things a jury could decide. They could say, well first of all, you had clear knowledge of the problem, you chose to do it anyway, we’re not gonna fine for you. They could’ve said, well we don’t even … This judge as a matter of law says she doesn’t even believe in CTE. She doesn’t think it’s a compensable kind of injury. Here’s the problem we’ve talked about so many times. We always focus on the supreme court. Right now Kavanaugh is the talk, He’s so important. What’s gonna happen with Kavanaugh. But what everybody misses is all these federal judges. If these federal judges at lower levels. They’re the ones who do most of the damage. The new trend is, these new appointments to the federal judiciary, it’s not just Republicans. We get these emails. Oh this is Trump. This is Trump. No. Democrats are even worse than Republicans, if you can imagine, on this issue. Here’s why.

The Democrats always appoint these … I don’t know whether this woman is appointed federal or Democrat or Republican, but we do know there’s a pattern to it. They get these federal judges out of corporate silk stocking law firms. They never have any kinship with consumers at all. They always work for big business, and then they put them on the federal court, and these people then get this black robe bias, where they think that they’re kings. So for this judge to say as a matter of law, I’m just not gonna let this go forward, the only thing I can read … Maybe there’s some part to it where the lawyer was so bad. Maybe the lawyer was so bad and created such a disaster here. That looks like a … Lawyers have E and O protection for.

Farron Cousins: It’s great you pointed that out. Here’s a part of the article here from Reuters. It says a large part of Bryant, the judge’s, 40 page decision focused on the plaintiff’s lawyer who the judge said persistently ignored her orders and caused a considerable waste of time and resources over three and a half years. It’s like the Baker case. The lawyers made it so personal. Of course, you’re gonna lose because you’re not even talking about an issue anymore.

Mike Papantonio: Okay, but you don’t dismiss the case because of it. You file sanctions against the lawyer. You don’t dismiss the client’s case because maybe the lawyer is not doing their job. That’s not fair to the clients. This woman probably is gonna be reversed. That’s my maybe. With the federal appointments now, who knows. But my guess is she’s gonna be reversed on this.