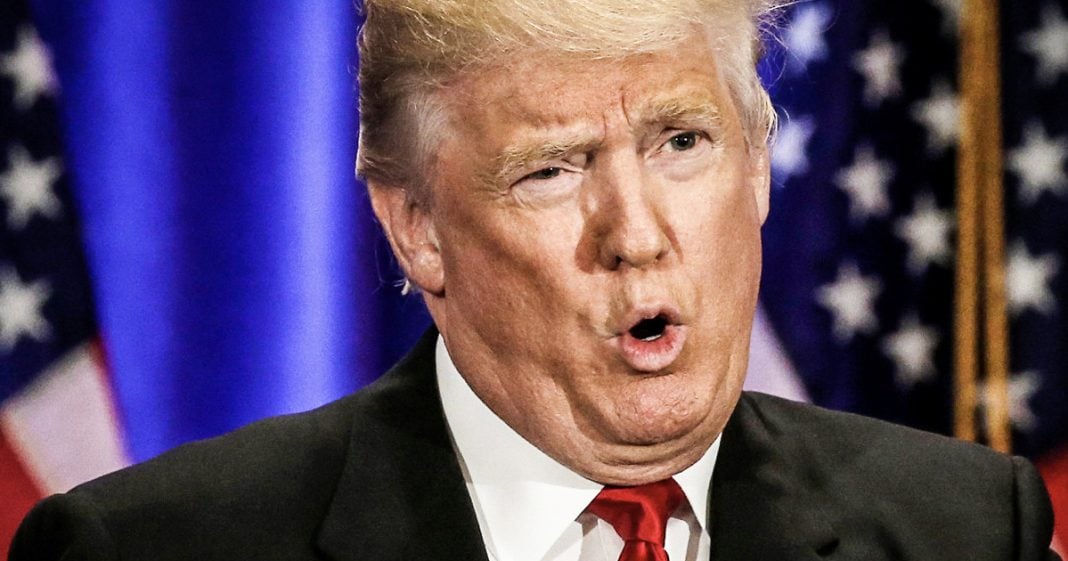 According to a new report from the Trump administration, the planet is absolutely headed for a 7 degree temperature increase by the year 2100. But rather than using that as a flashpoint to spark change, they are using it as an excuse to say that we should go ahead and reduce fuel standards since there’s nothing we can do to stop the inevitable. They are wrong, but that hasn’t stopped them in the past, as Ring of Fire’s Farron Cousins explains.

Last month, the Trump Administration put out a 500-page environmental impact statement that actually acknowledged the fact that human beings are destroying the planet, that climate change is having all these negative effects, and, more importantly, that we as a planet can expect a seven degree Fahrenheit increase in average global temperatures by the year 2100. That is probably one of the most dire reports on the effects of climate change and how intense it’s going to be that we have ever seen and it actually came from the Trump Administration, but unfortunately until reporters at The Washington Post, including Chris Mooney, decided to report this, really nobody even knew it existed. You would think though that the administration, having this information in front of them showing that we are burning down this planet, surely that would be enough to make them say, “All right, you know what? I guess we got to do something. We got to protect the environment. Everybody’s going to burn up. This is going to be horrible.”

Scientists tell us that even a seven degree global average temperature increase is going to be catastrophic for human life, animal life, environment, everything on this planet, and that’s just seven degrees. The Trump Administration looked at that, and they said, “Huh. Oh well. I guess we’ll just go ahead and lower fuel economy standards, because there’s nothing we can do to save the planet now.” Here’s the problem with that assessment, because that is exactly what the administration [inaudible].

They’re trying to use this new report to show hey, it doesn’t matter if we destroy the environment because we’ve only got about 80 habitable years left on this planet anyway, so let’s just burn it all down right now, but they’re ignoring the fact that the actual report says at current rates, meaning if everything stayed the same, these are the effects that we would be looking at by the year 2100. If we reduce emissions, which the Trump Administration’s doing the opposite. They’re increasing emissions. If we reduce emissions, then we don’t have to worry about that scenario.

Maybe we can push it back another two, 300 years, reduce them further, and then it’ll never happen, but the Trump Administration I guess didn’t read that far into the report, because they’re actually using it out there as justification to say, “Listen, the planet’s burning down. There is nothing we can do about it, so why not pump all the gas you can right now, just burn it, burn it, burn it. Let’s reduce fuel economy. Maybe we can bring on the apocalypse a little bit sooner so that we all, people alive today, get to witness it, because wouldn’t that be pretty cool, folks?” That’s what the Trump Administration is basically doing right now. They have this 500-page report in their hands showing that this is the worst-case scenario if things do not change, and so the Trump Administration looks at it, analyzes it, and says, “You know what? Let’s just go ahead and not change because the planet’s burning down, and we’re going to have a major party to celebrate.” That’s what’s happening in Washington, D.C. today.