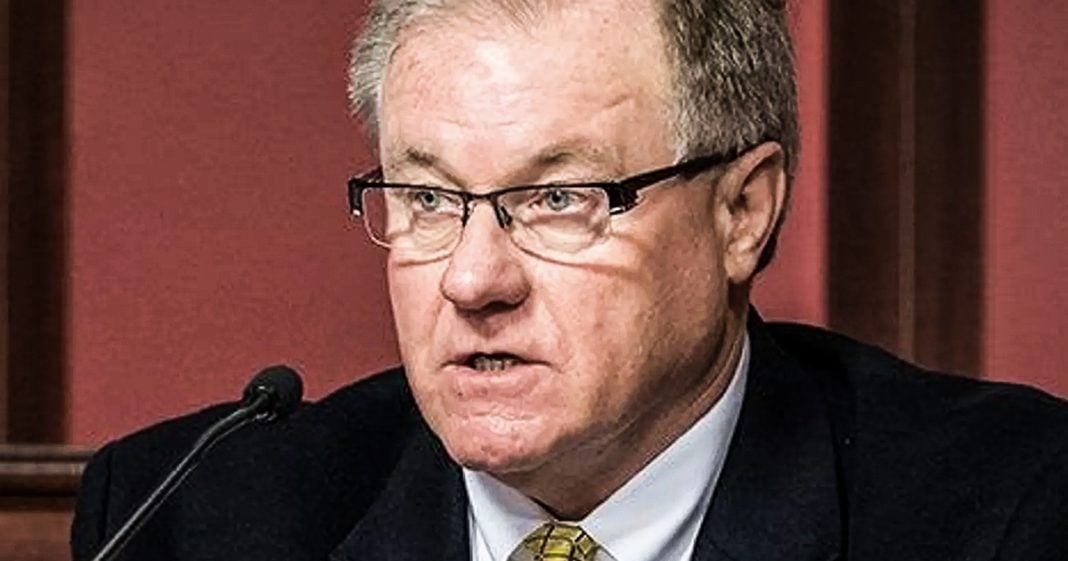 The Republican candidate for governor in Pennsylvania has found himself in an odd position, as his latest financial disclosures show that he somehow managed to lose more than half a million dollars of his campaign money in the stock market. While this isn’t technically illegal, it certainly is something that makes us realize we need to reconsider the rules for campaign money, as Ring of Fire’s Farron Cousins explains.

You know, one thing I guess we kind of have to give Donald Trump credit for is that the stock market is doing really well. Now, in all fairness, that was a trend that started under Barack Obama. We had record high days during his administration and we’ve had record high days during the Trump administration. That is just a trend graph that just keeps going up, at least for the moment. But, I guess the bottom line is that it’s very hard, at the moment, to lose money in the stock market. You have to actively try to do bad in the stock market. Unfortunately, more than half of the country, myself included, can’t even afford to invest in the stock market. So those rises and falls actually don’t affect us one way or the other because we’re too damn poor to put money in it.

But nonetheless, the reason I’m even bringing this up and bringing up the fact that you have to try really hard to lose money in the stock market is because Scott Wagner, a Republican from the state of Pennsylvania who is running for governor, somehow in the last three months managed to lose $631,000 in the stock market. But don’t worry folks, it wasn’t his money, it was actually his campaign money. Wagner took large chunks of his campaign election fund and decided to invest it in the stock market, because the market’s doing so well, and then lost $631,000 just a few weeks before the actual election.

Now, here’s the saddest part of the story, even more sad than this moron who can’t seem to make money when everyone else in the stock market is, is the fact that this isn’t illegal. I mean, this wasn’t even his money, although he says he only gambled away in the stock market the amount that he put into his campaign. It’s a lie. You are not forbidden from taking your campaign fund and investing it and trying to make money off it. That’s how lax and, just frankly, stupid our campaign finance laws here in the United States. Yu can pretty much take that campaign money and do whatever the hell you want with it. As long as you’ve got a good excuse for doing it, somehow relating it to your election, you’re fine. You’re not going to get in trouble, they don’t care. I mean, this isn’t like back in the day, 10 years ago when John Edwards used campaign money to pay off the woman he had an affair with, almost went to jail for it. Yeah, those days are gone.

You can do whatever the hell you want with your campaign money, the US Supreme Court’s got your back. They think money is speech and the more money you have I guess the more speech you have, and that’s exactly what’s happening with Scott Wagner here. But don’t feel bad for this multimillionaire Republican candidate for governor in the state of Pennsylvania. He’s going to be just fine because, like he said, he had already donated that exact amount to his campaign and he’s more than willing to do it again. Isn’t it great to be so rich? So rich that you could lose close to a million dollars in the stock market in just three months and say, “Oh, well. I’ll just try again next time. Doesn’t really bother me.” And these are the people who think that they’re qualified enough to lead state governments.

Seriously, at a time when even mom-and-pop investors who have no knowledge of the stock market can go in there and make a quick buck, for you to lose more than half a million dollars in just three months? Yeah, I don’t think anyone in the state of Pennsylvania should trust you when it comes to managing the state’s budgets and, hell, even managing things like water or sewage or garbage pickup. You are wholly unqualified to serve as the governor of the state of Pennsylvania, and your little stock market snafu with other people’s money pretty much proves that beyond a shadow of a doubt.