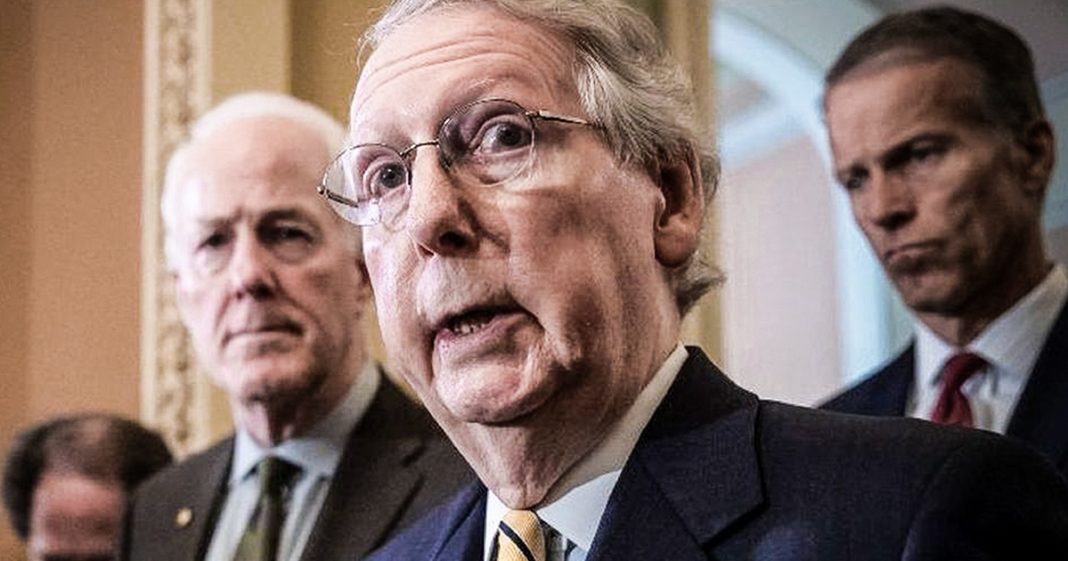 Fox News likely wasn’t expecting the results of their latest poll which found that a majority of people in this country believe that the Republican Party cares more about their party than they do about their country. That’s not good news for a Party whose last few campaign slogans have included things like “Make America Great Again” and “Country First.” The public now understands that those slogans were nothing more than words for those people, as Ring of Fire’s Farron Cousins explains.

Recently FOX News did a viewer poll were they were hoping to show the country just how unlikeable the Democratic Party is and, you know what, they did a pretty decent job it because only 44% of the respondents believed that Democrats put the country over their party, whereas 43% said they put party over country. So, by only a one point margin, people said no Democrats love the country more than they love their party. That’s pretty bad for the Democratic party, right? I mean, if FOX News presented that information to us, that would make them look really bad, but the reason you’re not hearing more about his poll is because the numbers are actually even worse for Republicans.

According to FOX News’ own numbers, 36% of voters say that Republicans put country over party, that they care more about the United States than they do this thing called the Republican Party, but 52%, a majority of people in this country, say, no, the Republican Party absolutely puts their party over their country.

Now, here’s why all of this is important, first and foremost, think back to a few of the recent campaign slogans that Republican presidential candidates have used. We had McCain and Palin, ‘Country First’. Yeah, the voters don’t buy that anymore. Donald Trump, ‘Make American Great Again’, which we now understand is make me even richer than I was before I ran for president. It has nothing to do with making America great and the majority of people in this country understand that while only a third think Republicans actually care about the United States of America.

That is a remarkable poll and if I were a Republican strategist or a Republican politician, I would be freaking the hell out right now and you know why? Because we’ve got mid terms just a few weeks away and when you have a majority of voters questioned by FOX News, who say that your party values the party over our country, yeah, that spells certain doom for you in November. That’s not exactly something you can turn around in the next six months, especially with what you’re doing with Brett Kavanaugh. You wanted to confirm this guy even though there were multiple women coming out on a daily basis for the last week, accusing him of sexual misconduct, and you didn’t care. Every time a new woman came out you would still say, “Well it doesn’t matter, I’m still gonna vote to confirm him anyway, because it’s not about country, it’s about party”, and the American public has been paying closer attention to what’s been happening than they really ever have before, and I think that’s why we’re getting a little bit of this awakening is that people are paying attention.

You know, we’re kind of weeding out the fake news, except for FOX, but even though FOX is the highest rated cable news show, if your highest viewed program only gets three million viewers a day. It seems like a lot especially compared to everybody else, but when you consider there’s almost 330 million people in this country but only three million watch one FOX program each day, eh, not really that influential are you?

None the less, people understand, people are paying attention, and people know exactly what the Republican Party is all about and that is going to be revealed, it’s gonna be seen in the results that start coming out during the mid terms.