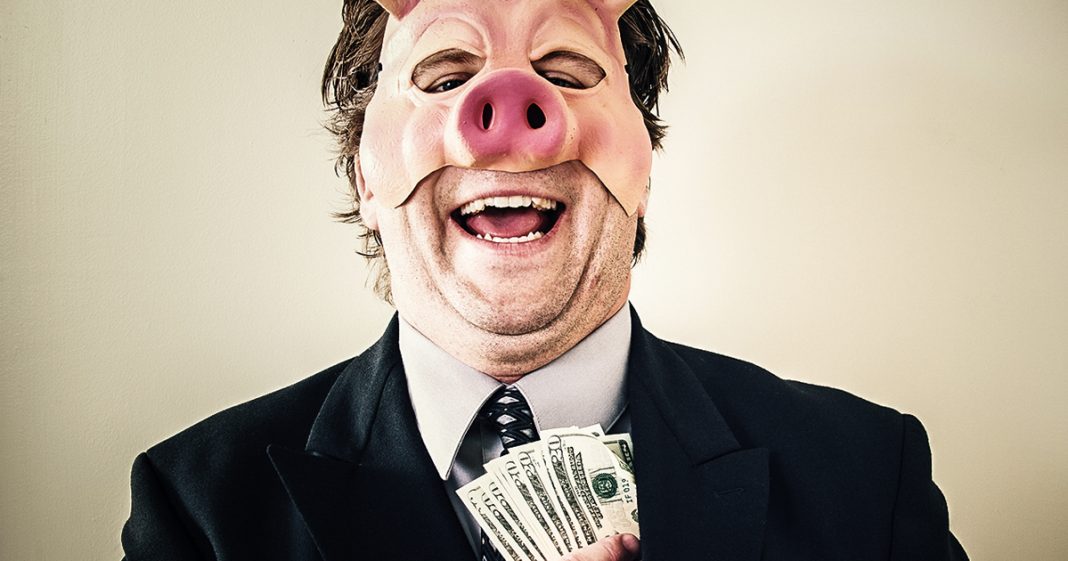 Corporate PAC money is flowing like crazy to desperate Republicans with just weeks to go before the midterm elections. More than $21 million is being spent to protect a handful of Republicans who are at risk of losing their seats this year, but that’s likely going to be an investment that corporations soon regret. No amount of money is going to save Republicans in the midterms, and Ring of Fire’s Farron Cousins explains why.

Every day that passes, it seems more and more likely that this blue wave is definitely going to happen in November. I mean, Republicans keep pissing off voters, they keep doing things that the voters don’t want them to do, and yet somehow Republicans think they still have a fighting chance at this. But the real weird thing is that Republicans aren’t the only ones who think they may still have a shot to hold on to things.

Here’s what could happen. Well, essentially, because Donald Trump is the president, not too much. Right? I mean, Republicans … Or, excuse me, Democrats aren’t going to get any kind of veto proof majority in the Senate. Why are corporations freaking out right now? It’s not like Democrats are going to be able to go back there and try to put on those regulations that keep workers safe, that keep them safe from fraud, that keep the environment safe. We’re not going to be able to do that just yet. Yet corporations are so worried that that is going to happen, that they’re spending tens of millions of dollars to protect these Republicans who are now likely going to lose their seats.

In the past, the math was pretty simple. The candidate who spent the most money, who raised the most money, won the election. It was that simple. In the last two years, things are starting to change. Now, they haven’t flipped completely, but we have seen candidates in states across this country raise the least amount of money, yet get the most amount of votes. Things are changing. Corporate money alone is no longer enough to save a candidate, especially when that candidate has nothing to run on, which is the problem the Republicans face today. You’ve got Republican candidates out here from north to south, east to west, talking about things like Medicare for all, debt-free college, increasing education spending, raising the minimum wage, things that most people in this country actually want, Republican or Democrat.

Democrats are out here finally, after begging them for years, finally talking policy. Republicans have nothing to talk about. They have no Democratic boogeyman to run against and they have no ideas whatsoever on how to fix this country or make things better.

My predication is that these corporations are going to look back at the 2018 midterms and realize that they made some really bad investments. Investments that will yield no returns for them. At the end of the day, they’re going to have to put it down in their books that they just spent $21 million on a loser Republican candidate, and I can’t wait until that day comes.