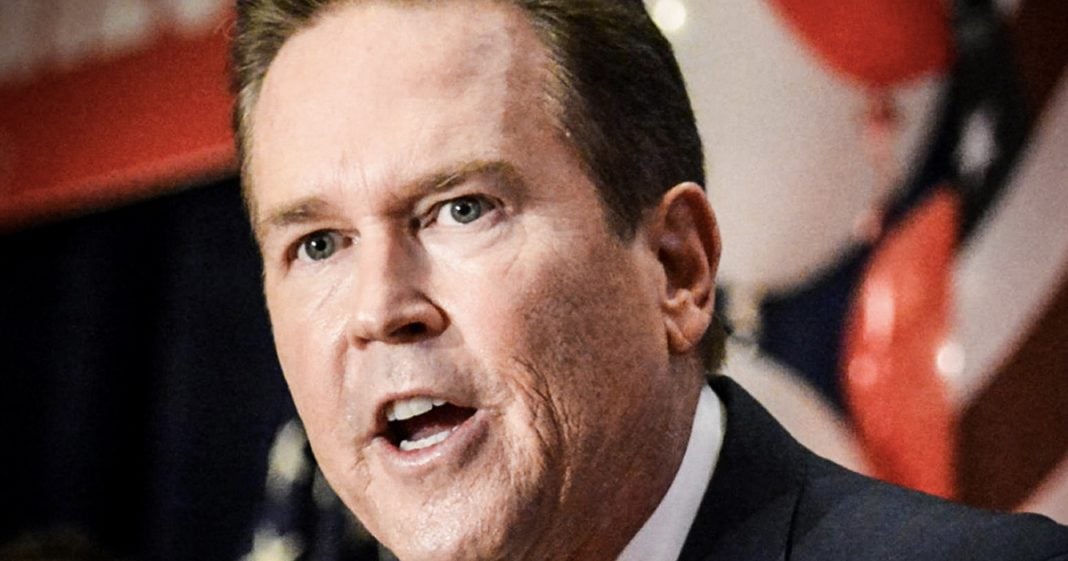 We’ve told the story of Republican Representative Vern Buchanan signing the papers to purchase a new yacht on the same day he voted in favor of the GOP tax cut bill, but investigative reporters David Sirota and Andrew Perez have uncovered even more dirt on this story. As it turns out, the foreign bank that financed Buchanan’s yacht purchase was also lobbying heavily to get the tax cut bill passed, meaning this could be a clear-cut case of pay-to-play. Ring of Fire’s Farron Cousins discusses this.

We, here at Ring of Fire, have told you the story of Republican Florida congressman Vern Buchanan in the past, but in case you didn’t see that or you want a refresher here it is in a nutshell. Vern Buchanan, Republican representative in the US House from the state of Florida, last year on the same day he voted in favor of the Republican tax cut package he went and signed the paperwork to purchase a new multimillion dollar yacht. The cost of that yacht also happened to be roughly the same amount that Vern Buchanan himself was going to save each year because of his tax cut package. Vern Buchanan is one of the wealthiest members of the US House of Representatives with a net worth estimated around $80 million. He owns several companies here in Florida that he still pulls millions of dollars from, and he’s benefiting greatly to the tune of a couple million a year from the tax cut package that he passed. That’s the Vern Buchanan story that we have told you in the past, everything about that is 100% accurate.

Guess what? There were apparently a few missing pieces to the Vern Buchanan puzzle that investigative journalists Andrew Perez and David Sirota managed to find this week in a report with Capital & Main and MapLight. They found the missing pieces of the Vern Buchanan puzzle, and uncovered the fact that not only did he buy the yacht, but do you know who financed the yacht? It was a company, BMO Harris Bank, which is a subsidiary of the Bank of Montreal. The BMO Harris Bank is the one that loaned him the money to buy this yacht because, obviously, he didn’t have his tax cut money yet, he had to get it from somewhere to pay back the loan. BMO also happens to be one of the biggest lobbyists for the tax subcommittee that Buchanan leads because they were lobbying to get the tax cut bill passed.

Now, this isn’t just a story of a wealthy member of Congress passing legislation to personally benefit him to go buy a yacht. Now, we’re looking at potential pay-to-play because the bank that had been telling Buchanan to pass this legislation, lobbying, spending on it, donating money they’re the same ones who as soon as he signed it turned around and said, “Awesome job. Let’s get you fast tracked on that loan, so you can pull outta here with that new yacht today.” That’s a big issue because now it’s not just a Republican’s greed, now we’re talking about full-blown corruption, possible illegal activity with a Republican member of Congress. That’s what’s happening now thanks to the work of Sirota and Perez here.

As it turns out, Buchanan this was not the first interaction that he’s had with this bank, this foreign bank by the way. They have also lent him money over the years for his other businesses. It’s kind of his go to bank. They lobby him, they get what they want, he gets loans for his businesses. He got loans from them for a new, private, 10 person jet a little while ago as well. Then, he delivers everything they ask for when they want legislation passed. This is 100% pay-to-play, this is absolute criminal corruption at the hands of a Republican congressman.

I hope that this story gains traction, I hope that everybody pays attention to this because Vern Buchanan, like every other member of the US House of Representatives, is up for reelection in a couple weeks, and I want everybody that lives in that district in Florida where Vern Buchanan is running to understand that this man is not only rich as hell and corrupt as hell, but his activities in the US House of Representatives are now bordering on criminal. Is that really the kind of person you want to send to Congress? That’s the question that his voters need to be asking themselves right now.