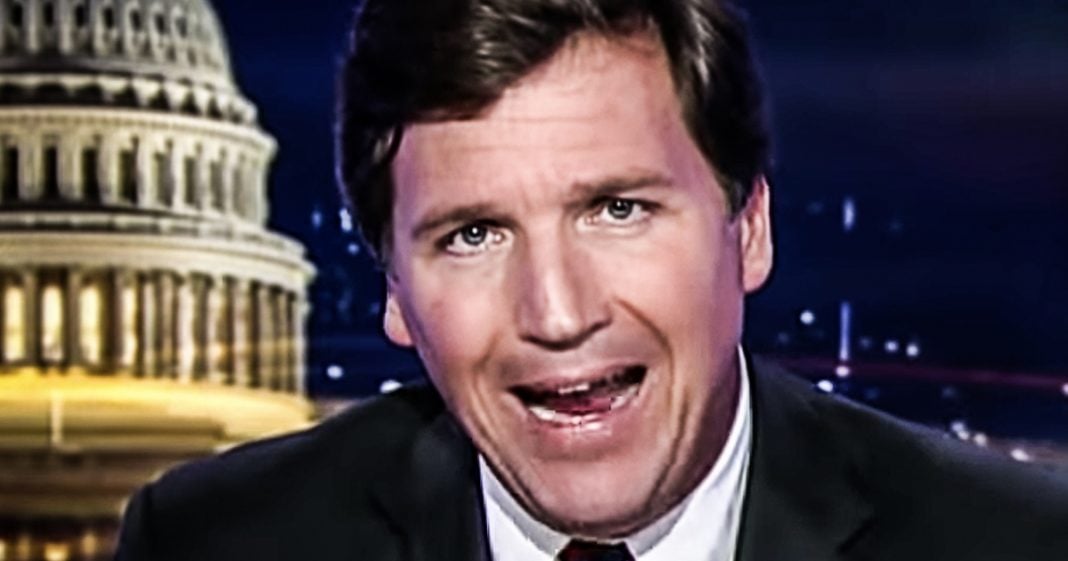 In an attempt to prove that he is just as heartless and disgusting as everyone else on the network, Fox News host Tucker Carlson said this week that rape victims who “wait too long” to report their assault are part of the problem. Perhaps Tucker needs to go back and watch all of the negative coverage his network has given to the women who do step forward and then maybe he’ll understand why it is so difficult for women to speak out. Ring of Fire’s Farron Cousins discusses this.

They’re endangering the other 320 million Americans in this country. That is actually what he said. Those are his words. They’re endangering the other 320 million Americans in the United States because they don’t come forward. Shame on you, victims. Shame on you for being raped and not coming out here and telling the world so that we can ignore you and call you a liar, and a whore, and a slut. That’s the rest of your sentence that you didn’t finish, Tucker, because that is exactly what you and everyone else on your network and every member of your party does. You blame the victim when they come forward, and that’s why women aren’t so quick to come forward.

How many times, how many times have we seen segments on Fox News where they talk about the fact that well, I mean, the woman was drunk. I mean, hell, they’ve said that this week. The president said it this week. Oh well, she was wearing something a little too provocative, you know? She was asking for it. Those are all statements that have been said on Fox News with regards to women who have been raped, every one of them, and worse. It’s a common theme among right-wing talkers to blame the victim. They always do this. Tucker’s just continuing it, and here’s the thing, Tucker, you wouldn’t even have your job at Fox News right now if the guy that was sitting at that desk before you hadn’t been serially sexually harassing women at the network. Do you remember that? Remember the guy whose place you took there at Fox News, Bill O’Reilly? Yeah, that’s what he was doing. That’s what Roger Ailes was doing. It’s what Eric Bolling was doing. That’s what a lot of people in your administration, or network I should say, excuse me, were doing.