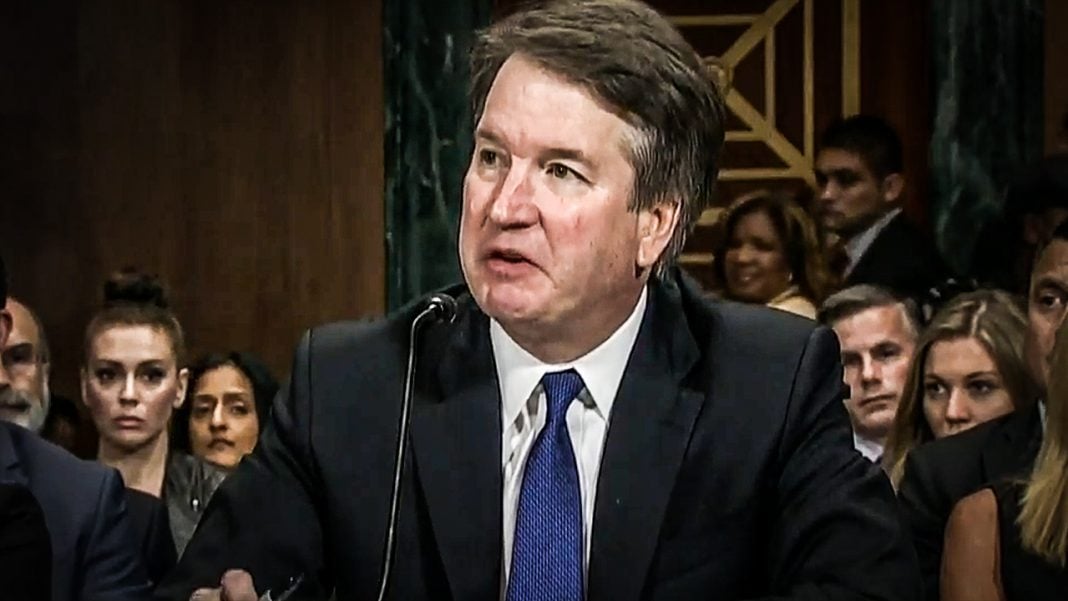 Brett Kavanaugh’s testimony on Friday proved without a doubt that the man lacks the temperament, restraint, and non-partisan skills needed to be a judge in this country, let alone a judge on the US Supreme Court. We saw a privileged white male face consequences for the first time in his life, and he wasn’t happy about it. Ring of Fire’s Farron Cousins discusses the testimony.

There’s a lot to unpack from yesterday’s testimony of Brett Kavanaugh, so let’s just start with the very first, most obvious fact of what happened yesterday in the Senate. That is that Brett Kavanaugh came into that chamber with one job to do, and that job was to prove to everyone on that panel that he wasn’t a crazy person that would act on rage and aggression. From the moment Kavanaugh opened his mouth he failed. He could not do that, he could not control his rage, he could not control his emotions, and doesn’t that sound like the behavior of somebody that would try to force a woman into sexual acts that she has said no to? That is exactly the kind of behavior you would expect from someone who does those kinds of things. That’s the biggest take away.

The second thing is that one of the reasons this man was so angry, one of the reasons he cried was because this is a privileged white male who, for the first time in his life, was having to face consequences for his actions. That’s what that was about. Man doesn’t care about his name, or his family, and all that, that’s not what it was about. It was about a wealthy, privileged white guy who finally had to answer some questions.

We saw that privileged white guy come out all throughout his testimony especially when you had Senator Amy Klobuchar ask him if he had ever blacked out from drinking. His response was, “I don’t know, have you?” Really? That’s what you’re going to go with? These people are determining your future on the Supreme Court, and you’re going to answer a question with, “I don’t know, have you,” as if you’re still some drunken frat boy.

Every single thing the man said, every weird facial expression that he may made proved, without a doubt, that he is unfit to serve on the United States Supreme Court. Now, that didn’t stop Republicans, Republicans loved it. Lindsey Graham became a hero of the right for his crazy outbursts, and absolute utter insanity during that hearing, they loved him. They voted for him, “Hell yeah, we want this guy on the Supreme Court.”

Now, let’s talk about, obviously, his emotional and mental state alone would make him unfit, so let’s move on to the can he be an honest jurist? Could he sit and not inflect his politics into his decisions? The answer to that was given to us yesterday, and it’s no because he immediately began his hearing by attacking Democrats, by going after them saying … peddling conspiracy theories that this is obviously revenge for him working for Ken Starr during the Clinton investigation. These damn Democrats are just out to get him. Yeah, probably not going to let his politics be put aside when he’s ruling on cases at the Supreme Court, that also would make him unqualified and unfit to serve.

Another thing that makes him even more unfit to serve, and should’ve immediately disqualified him is that he told five verifiable lies during the hearing yesterday, five. Now, he was under oath, so any lie, big or small regardless of what it’s about, is perjury, that alone is an automatically disqualifying offense. You add it to the other four times that this man has had to testify since 2004, now, we’re up to nine, and Republicans are still like, “No, that’s our guy. We want him. He’s going to the Supreme Court, folks.”

That’s what we saw yesterday from Kavanaugh, and the worst part is it didn’t change the minds of a single Republican sitting on that panel. Their minds were made up, they knew they were voting yes, and nothing that was said, no outburst from Lindsey Graham or Brett Kavanaugh would’ve changed their minds yesterday, and that puts the rest of this country, the fate of the Supreme Court on very rocky footing because this man is wholly incompetent, corrupt, and incapable of serving as an impartial jurist on the US Supreme Court.