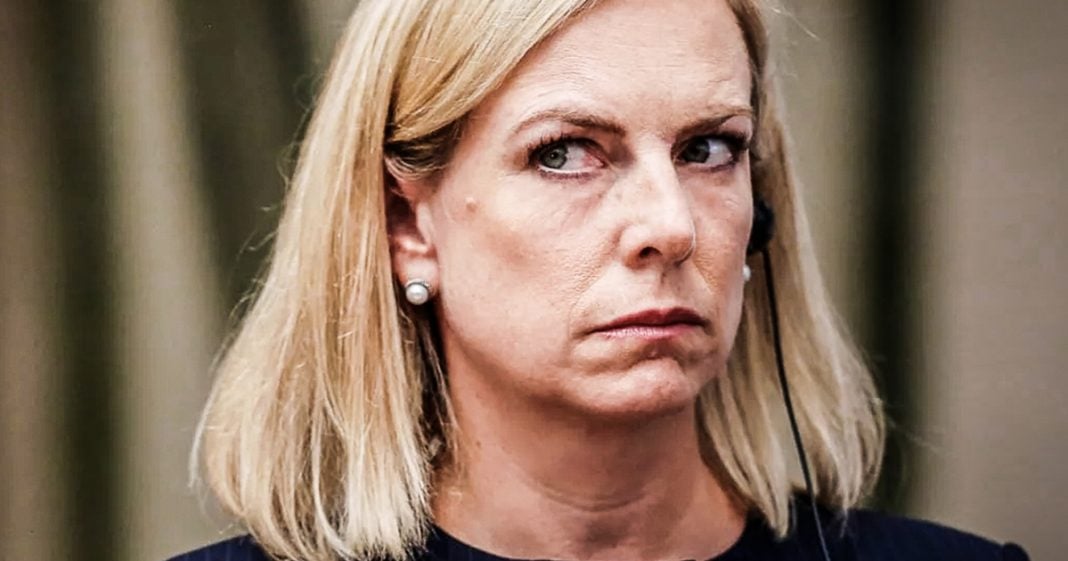 For months the Trump administration, and most notable Homeland Security Secretary Kirstjen Nielsen, have sworn that they never had a formal policy in place to separate migrant children from their parents. But thanks to memos obtained by watchdog organizations, we can now confirm that this was a lie. The administration had the policy in place and they believed it would be an effective deterrent to stop people coming across our southern border. Ring of Fire’s Farron Cousins discusses this.

Back in June, actually on June 17th, Nielsen actually said the following, she said, “We do not have a policy of separating families at the border.” That is what she said. Well as it turns out, again, absolutely lie. Because documents have now been obtained via a Freedom of Information Act request by the two groups, Open the Government and The Project on Government Oversight that actually show that yes, 100% the Department of Homeland Security absolutely had a policy to separate children from their parents at the border.

The documents obtained by these two groups actually include a memo sent to several departments, including the Department of Homeland Security that laid out three possible options as to what to do about immigration. Option number three is the one that said, “Lets separate the parents form the children at the border because we believe that is probably the strongest deterrent to keeping people from coming over to the United States.” That is the one that Nielsen signed off on. She said, “Yes! Let’s do it.”

That memo is from April 23rd. She gave the statement that we do not have that policy on June 17th. So we know, without a doubt, that not only did they have the policy, but Nielsen knew about it, and Nielsen approved it. This entire administration is packed with liars. Not to mention the fact, I believe it was about a week ago, we had members of ICE and customs come and testify before the Senate where they were asked about studies that showed how horrible the negative psychological effects that this family separation policy had on children. They denied knowing about it, even though it was actually present within the Trump administration.

So they knew that it was going to screw up children, they knew that they enacted this policy, and yet to this day continue to lie about it. Because even during the hearing last week they said, “We do not have a family separation policy and we do not detain people indefinitely.” Literally the next day it was revealed that Jeff Sessions filed a new law to ignore the Flores settlement that says you can’t detain children more than 20 days, and he says, “We want to detain them indefinitely, and deny bond for asylum seekers so we that we can also detain them indefinitely.”

Literally everything anyone from the Trump administration has tried to say publicly about the family separation policy, or immigration in general, has been a complete lie. They cannot be trusted, and they should not be trusted, because we can verify at this point that everything they’ve told us, all of the policy changes that they’ve discussed publicly have been an absolutely lie. And now, we know that their own internal documents contradict their stories. There needs to be hearings on this. There needs to be more hearings. There needs to public hearing, and we need to get answers from these high ranking officials in the Trump administration to find out why they, much like the president, are so bad at telling the truth.