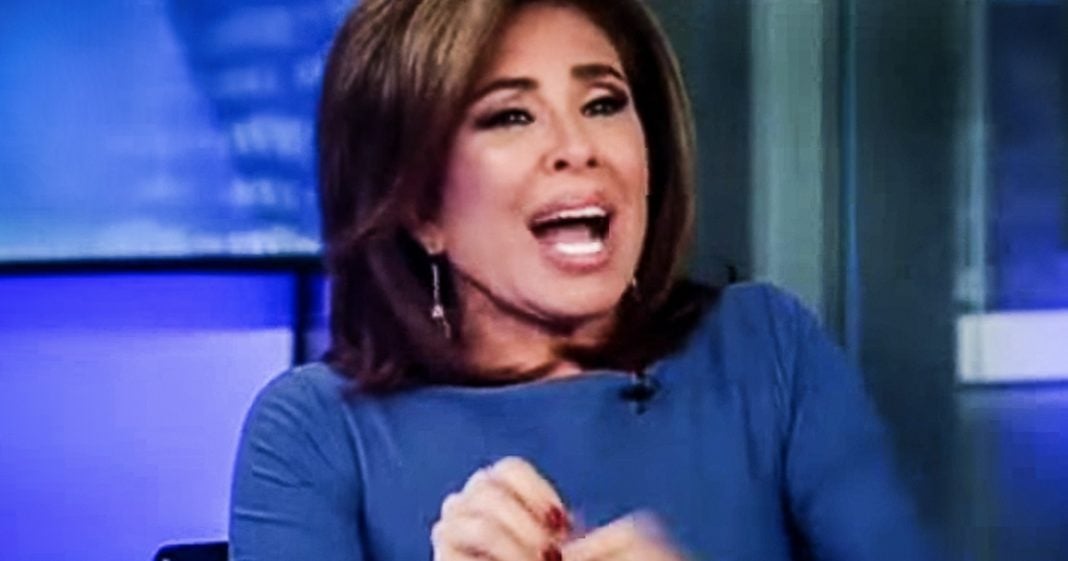 Fox News host Jeanine Pirro has officially come up with the craziest defense of Brett Kavanaugh imaginable, saying this week that maybe the accusers against Kavanaugh had been hypnotized into believing that he sexually assaulted them. Fox News will do anything to protect the President and his friends, but this is a new low, even for them. Ring of Fire’s Farron Cousins discusses this.

Fox News Host, Judge Jeanine Pirro on Monday of this week actually came out with what might be the most disgusting conspiracy theory ever about the women who have accused Brett Kavanaugh of sexual misconduct. Here it is.

Judge Pirro: There’s an additional point. I have never seen anything like this in my career over three decades. I’ve never seen so many repressed memory cases in my life. Especially against one guy. So the question is, if there’s something awry going on, was there hypnosis? Are they using confabulation? I don’t want to get into the weeds here, but you know what, this is the kind of thing where they have a right to true cross-examination. But the Democrats don’t want true cross-examination because they want Kavanaugh to go first.

So that’s right, maybe it didn’t happen, maybe all of these women got hypnotized into thinking that this man did this to them. Now that would have to be one of the most well orchestrated conspiracies to ever happen here on American soil and yet Judge Jeanine Pirro, former District Attorney, had the audacity and/or stupidity to put that out there in the ether and actually suggest that to Fox News viewers, who I am sure absolutely ate it up. They probably at this point do believe that these women have been hypnotized and given false memories of a rape that they think never actually happened.

But that’s not the only disgusting thing that Jeanine Pirro said there. Right at the end she’s talking about, you know this isn’t fair. You know there’s due process. Listen, this isn’t a trial. I mean Republicans need to get that their thick little skulls. This isn’t a trial. It’s a job interview. So yeah, you can be denied a job for all kinds of reasons and it’s 100 percent legal. That’s what Kavanaugh is going through right now. It’s not a trial, although he is under oath and he’s lied multiple times under oath. This is just to see if the man is even qualified enough to hold the position, and clearly based on the evidence we’ve seen, and even if you exclude every woman who has accused him of sexual misconduct, the man still isn’t qualified.

That’s what’s so disgusting about all this. The sexual misconduct alone should have been enough to force him to withdraw his nomination. Right? I mean at this point, we have four women now, four women, who have come forward. Many of them have multiple witnesses too. They say that, “Hey my witnesses are willing to come to the Senate and testify,” but Republicans won’t even let ’em do that. Were all of those witnesses hypnotized too, Judge Jeanine? Is that what happened? I mean are Democrats out there running this massive hypnosis conspiracy? We got a van traveling around the country to hypnotize anybody into accusing anyone else, a powerful Republican, of sexual misconduct? I mean I haven’t seen the hypnotizing van, although at the same time maybe I was hypnotized into thinking I never saw it.

You are absolutely insane. I mean you’re insane. You’re crazy. There is something wrong with you. Please go seek help. Just like that time you went traipsing through the woods thinking you were going to find Hillary Clinton. You’re not normal and you need to be observed by medical professionals, Judge Jeanine.

In the meantime, I suggest you stay out of this kind of political analysis about what or may not have happened in Brett Kavanaugh’s past and just let it play out the way it needs to play out. Unfortunately, Republicans are never going to give us that opportunity and we’re gonna have to wait for Democrats to retake the Senate so that we can finally launch these investigations and then remove Brett Kavanaugh from whatever bench he’s sitting on at the time.