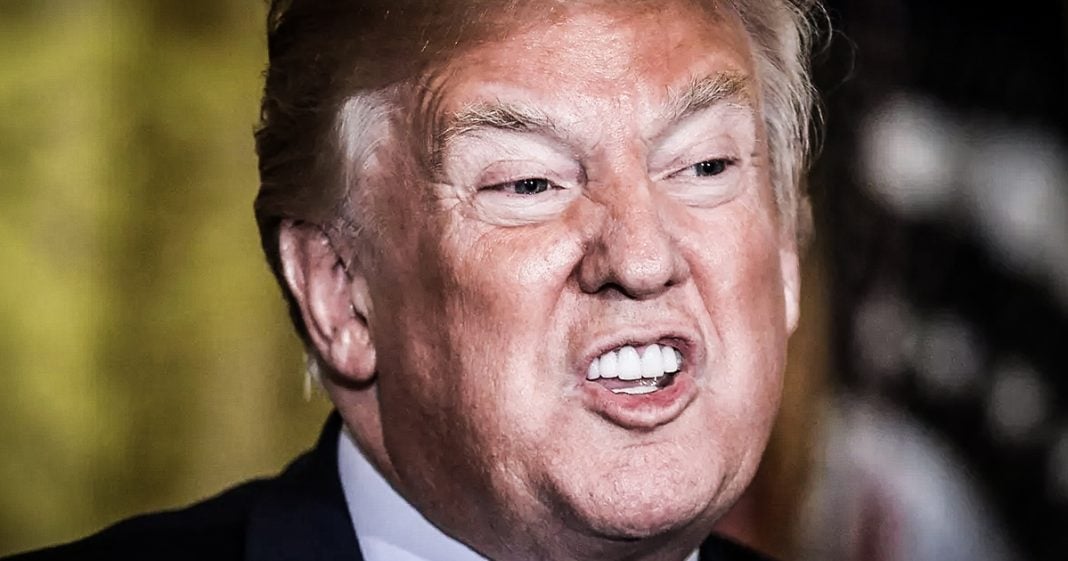 The US territory of Puerto Rico has been vying for statehood for a very long time, and the dismal US government’s response to Hurricane Maria has proven that we need to start taking better care of the citizens on that island. But Trump made it clear this week that he wouldn’t ever consider making Puerto Rico a state because the leaders down there are so mean to him. His snowflake feelings are hurt, and that is going to cause further damage to the island, as Ring of Fire’s Farron Cousins explains.

Yet, more bad news this week for the US territory of Puerto Rico as Donald Trump said during an interview with Fox News that there is no way in hell he would ever consider granting the island-nation statehood to become an official state of the US. And the reason is because Donald Trump is such a petty little snowflake that he doesn’t wanna even consider giving them statehood because there’s people on the island like San Juan mayor, Carmen Cruz, who aren’t nice to him, who are mean to him. That is the actual reason that Donald Trump gave as to why he would not even consider giving Puerto Rico statehood, something that folks on the island have been trying to get for decades now. Because they have all of the burdens of being a US citizen, they have to pay taxes, they have to do all that stuff. They just don’t get any of the benefits. They don’t have a representative, or at least not a representative that has a vote. So, nobody’s out there looking out for their best interest, but they must adhere to all of the laws and regulations of the United States.

So, they have all the burdens and none of the benefits. And obviously, that’s not fair. I mean, hell, that’s what this country was founded on. No taxation without representation, and yet we’re doing it to the island of Puerto Rico. Here is Donald Trump’s exact quote, “With the mayor of San Juan as bad as she is, and as incompetent as she is, Puerto Rico shouldn’t be talking about statehood until they get some people that really know what they’re doing. Something they talk about with people like that involved in Puerto Rico, I would be an absolute no.”

So Donald Trump, the snowflake president, actually wouldn’t even consider it because Carmen Cruz has been very critical of the Trump administration, and rightfully so, because of their disgusting and deliberately heartless response to hurricane Maria. I mean, for this man to go out there and continue to attack this women, a week after he denied the official death toll on the island from the hurricane, is absolutely disgusting. And he talks about, “They need good leadership. They need strong leadership, and then we can talk about it.” You know who needs good, strong leadership? Those of us on the mainland in the United States, too, because it certainly isn’t you, Mr. Trump.

Mr. Trump, you are absolutely one of the most heartless, disgusting, weak-willed presidents that I have ever seen in my entire lifetime, and hopefully we never see anyone like you sitting in the Oval Office again. Those people in Puerto Rico are United States citizen, and they deserve the same kind of benefits that the rest of get to enjoy. You don’t get to hammer their leadership because they’re upset that you let almost 3000 people die on their island because you and your corrupt and incompetent government couldn’t get their act together to get down there and save people. That’s not a problem with the leadership on the island, that’s a problem with the leadership in the Oval Office.