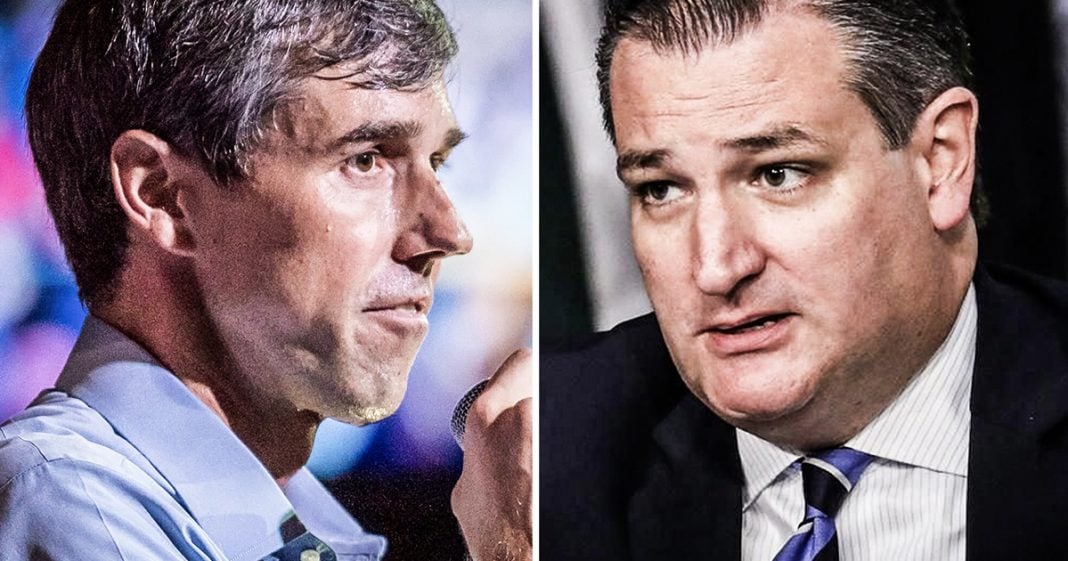 Ted Cruz had another one of those WTF moments this week when an eagle-eyed passenger snapped a photo of Cruz sitting despondently on an airplane just staring at a picture of his opponent Beto O’Rourke on his phone. His defenders claim that he was doing research, but you can clearly see from the picture that he’s ONLY looking at the picture. Ring of Fire’s Farron Cousins discusses this.

So this week isn’t off to a really good start for Republican Senator Ted Cruz, and unfortunately for him, it’s only Tuesday. Basically what happened, one of the things that happened, I guess, was that Ted Cruz was on a flight, and an eagle-eyed passenger was able to snap a photo of Ted Cruz just sitting despondently in his seat staring at a picture of his opponent Beto O’Rourke. He’s just sitting there, just looking at it. I mean, he doesn’t even look angry. He’s looking longingly at this photo on his phone of Beto O’Rourke. Now, a lot of Ted Cruz’s defenders have come out and said, “He’s just reading an article about Beto O’Rourke.” Um, okay, but we can see the phone, and he’s just looking at a picture. There’s not words with it. It’s just a picture of Beto O’Rourke. He’s not reading anything. He’s just sitting there confused wondering why his own campaign is going down in flames. But when you also look at the pictures, you also have to look and see how terrified the fellow passengers behind Ted Cruz look because they’re sitting so close to Ted Cruz.

So, obviously a very weird picture. You have a lot of people out there saying, “Yes, it’s weird, but why is that news?” It’s news because Ted Cruz is a super creepy guy who tends to do super creepy things, and he actually has a good shot at retaining his Senate seat where he can serve for at least another six years doing super creepy things to the United States of America.

But there is actually some real harder, better news about Ted Cruz that came out. Last night he and his wife Heidi were at a very fancy dinner in Washington, D.C., nice restaurant, and Cruz was confronted by people, actual sexual assault survivors came up to him and asked him about Brett Kavanaugh. They confronted him. They were not pushy or super angry. They wanted to know what his position is as a member of the Senate Judiciary Committee on Brett Kavanaugh, whether or not he was going to believe the accusers, whether or not he was going to even listen to them, and Ted Cruz would not give an answer, and in fact, ended up getting his wife and leaving the restaurant.

I mean, they got chased out of there because Ted Cruz was so scared about having to answer a question about a man who he’s known for 20 years, he and Kavanaugh actually pretty good friends, and he wouldn’t even answer that question to a woman who was a survivor of sexual assault. So, yeah I think it’s okay to mock Ted Cruz for sitting there looking longingly at a photo of Beto O’Rourke when we know that he doesn’t give anybody else in this country any respect whatsoever unless he thinks it’s going to help him politically. So, mock away because if anybody deserves it, it’s Ted Cruz.