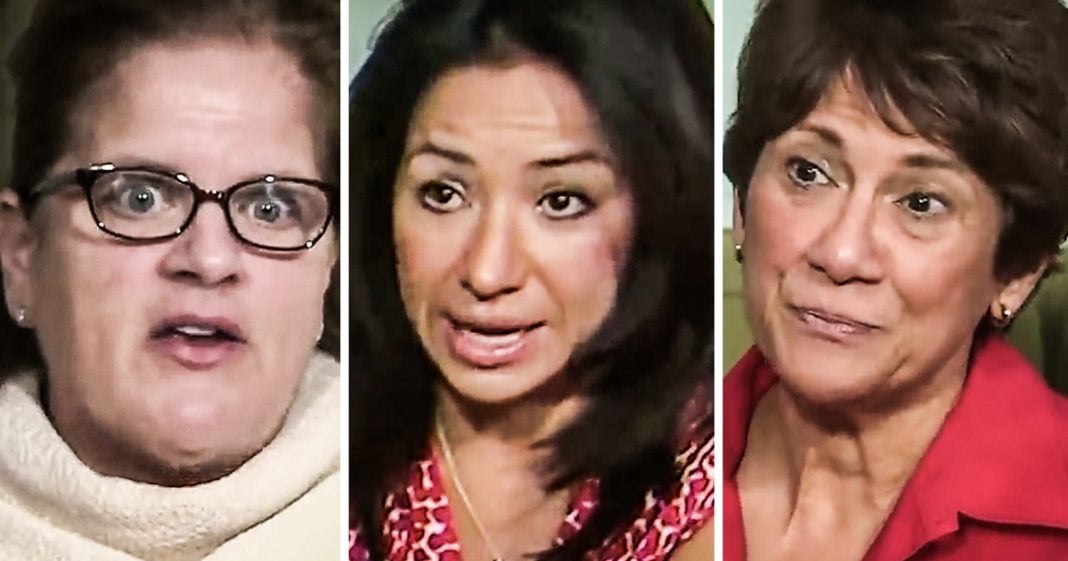 CNN found a panel of conservative women willing to sell their own souls to defend Brett Kavanaugh this past weekend, with one woman on the panel going as far as to say that all teenage boys are guilty of this kind of behavior. This clearly speaks volumes to the kinds of men that these women have surrounded themselves with, and maybe they need to recheck what constitutes acceptable behavior, because rape is never acceptable. Ring of Fire’s Farron Cousins discusses this.

Recently CNN thought that it would be a good idea to actually sit down with a panel of conservative women to get their thoughts about all of the accusations against Brett Kavanaugh. And their responses were pretty much exactly what you would have expected, take a look.

Speaker 3: But in the grand scheme of things, my goodness. There was no intercourse, there was maybe a touch. Can we really? 36 years later, she’s still stuck on that?

Alright, let’s get something straight to answer that last woman’s question. The answer is most boys, most men, have not attempted something like that. That’s not normal, that’s not something that every boy goes through. We don’t go through that stage during puberty where we get a little rapey. That’s not what happens.

And it makes me wonder what kind of men you were around and what people had done to you when you were in high school or growing up, or maybe even present day. And I’m not saying that to insult you or offend you, but I think you may need to go talk to either a therapist or law enforcement officers if that is how you think men act because that must be how they’re acting towards you and that needs to be corrected on those men.

This is not normal behavior, folks. And I am sick and tired of Republican defenders come out and say, “oh, this is just boys being boys. Locker room talk, locker room rape. This is how they all act so what does it matter? Oh, he’s moved on, shouldn’t we just not hold it against him 35 years later?” No, we damn well should hold it against him. Think of all of the people right now, most of them African Americans, sitting away for decades in prison because of policies put in place by corrupt politicians. Maybe people who stole a couple things to feed their family, maybe they did it several times so they were repeat offenders so they got longer sentences. It wasn’t a crime of anger or hatred or violence, just trying to take care of their family.

Maybe they got popped with drugs one too many times. They never hurt anybody, they never did anything to assault anyone, but they’re in prison for decades, some of them for life, for these nonviolent offenses. You wanna give them a second chance? Oh, no I’m sorry, you don’t. But you wanna give a guy who’s now been credibly accused of sexual assault by at least two different women, possibly more depending on what happens with the new Michael Avenatti information? That’s not how this works. And we cannot write this off as normal adolescent behavior because it’s not.

And if you’re raising your own sons to think that this is normal behavior, or you’re raising your daughters to think that they should expect this kind of behavior, then you yourself are a failure as a parent, a failure as a human being, whether or not you even have kids. We need to stop dismissing all of this disgusting and irrational behavior on behalf of Republican men.

Al Franken took a couple of photos where he was jokingly doing some things. He got kicked out of office nearly immediately, rightfully so in my opinion. But Republicans who were so disgusted by Al Franken have absolutely no problem whatsoever because these women even admit in this interview that even if he raped her they’re still totally cool with putting him on the Supreme Court. So yeah, I’d say there’s a big different between the Democrats and Republicans and that difference is growing bigger every single day.