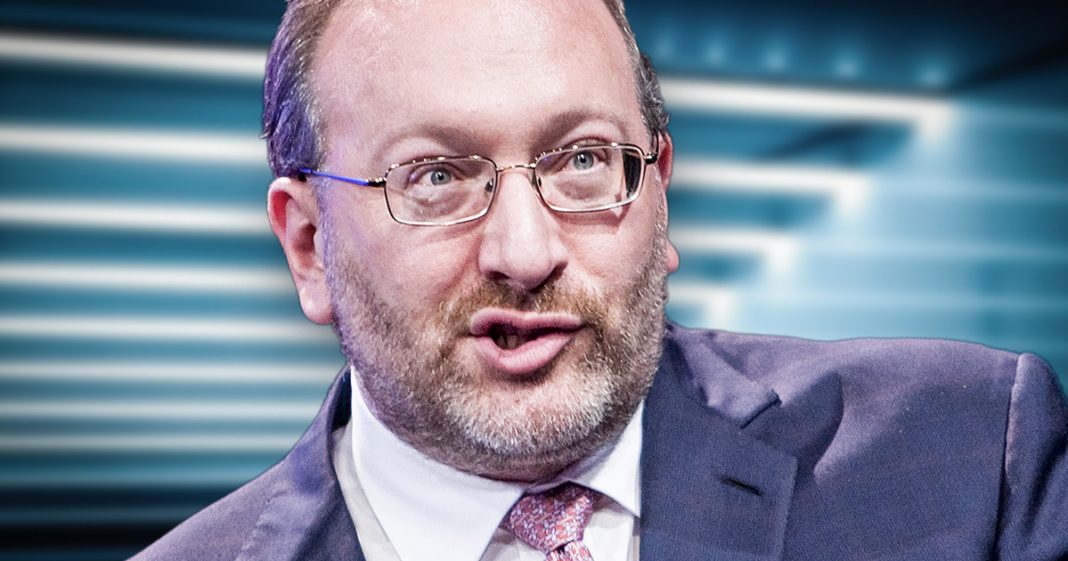 Billionaire Republican donor Seth Klarman announced recently that he was sickened by the Party’s direction and he would no longer be shelling out any money to Republican candidates. Instead, he says he’ll start forking over millions of dollars to Democrats, a move that, as Ring of Fire’s Farron Cousins explains, is not as great as it may sound.

Last weekend a big story came out, showing that Seth Klarman, who is a multibillionaire investment firm CEO, he’s been a huge Republican donor, for years and years, and years, giving millions upon millions of dollars to the Republican Party. Last weekend he announced he was done. He was not switching his party affiliation, but, he was no longer going to give any money to the Republican Party, because of the direction the party has gone, under Donald Trump.

Instead, by the year 2020, he’s gonna try to give 20 million dollars to the Democratic Party. He’s already given 4.9 million to Democrats running for office this year, that includes people … Joe Kennedy, Conor Lamb, Beto O’Rourke, Kirstin Gillibrand, and many others have received money, now, from this billionaire Republican investment manager.

He’s trying to send a message to Republicans. Stop falling in line with Donald Trump. Disagree with his horrid immigration policies, because they’re terrible, and they’re violating people’s human rights. That’s one of his biggest things. Stop having complete disregard for minorities. It’s another thing he’s talked about.

Those are admirable. Those are great things. Those are things the Republican Party has been horrible with. But, I don’t particularly want this man’s blood money. I don’t want his billionaire banker money, further moving the Democratic Party to the right, and neither should you.

If Klarman wants to make a stand … if he wants to do something that’s gonna matter, how about start funding some of these groups that wanna get money out of politics? How about you just close up your checkbook, go retire and just do something else, and stop funding politicians? Because, regardless of where you’re coming from, money corrupts. If you’re writing checks for a couple hundred thousand dollars, giving them to well placed Democrats all throughout the country, they’re going to end up returning the favor. We have seen that too many times. If too many other right wingers start following suit, which they’ve already said they might, we could see this entire Democratic Party, rather than moving left like they should to win elections, moving further to the right.

This just builds on a theory that I’d had a few months back. That is, with all of the disaffection to Republicans … the people who are mad, and have left the party, your Joe Scarboroughs, your Steve Schmidts, people like that who say, “Well, I’m a Democrat, now, but I don’t believe those far left folk.” The Democratic Party is being remade right now. It’s not being remade in a good way. The more former Republicans that come over, but they keep their Republican values … the more Republican donors who start giving to the party, but keeping their Republican values, is only going to mean that the party is going to move further to the right.

That’s why I refer to that as blood money, because it’s remaking the Democratic Party, slaughtering all of the Progressive momentum that has been happening, not just in the party, but in the country. And, trying to create a new Republican Party that believes in things like tax cuts, deregulation, they’re just not as racist as the old party. That’s what’s happening to the Democrats, today. That’s why we should not be excited, whatsoever, about Seth Klarman’s $20 million pledge, just to stick it to the Republicans a little bit.

You want to stick it to ’em? Just put the checkbook away, and stop giving them money. You don’t need to flood the Democratic party with your billionaire hedge fund money. We’ve got enough problems with that already. Let us deal with that, and you just stop giving money to politicians. Maybe, instead, give that money to a nice charity out there, that’s actually doing some good in the world.