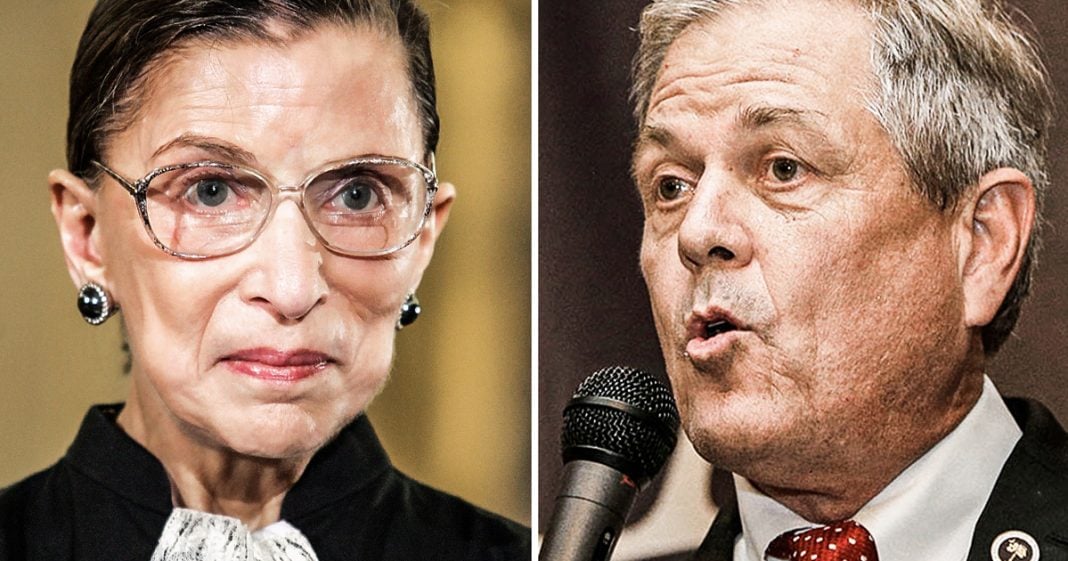 In an attempt to downplay the disgusting actions of Supreme Court nominee Brett Kavanaugh, Republican Congressman Ralph Norman joked during a debate this week that Ruth Bader Ginsburg has come forward and claimed that Abraham Lincoln groped her. This little “joke” by Norman shows several things, most importantly that he doesn’t take accusations made by women about sexual assault seriously. Ring of Fire’s Farron Cousins discusses this.

The Republican Party has, basically, become the party of disgusting, worthless human beings. If you want a good example of that, why don’t you look at Ralph Norman, Republican member of the US House of Representatives, from South Caroline. During his debate this week for his campaign, he made a joke about Ruth Bader Ginsberg being molested by Abraham Lincoln. To put it in a little more context of what Norman did, he was talking about the accusations again Brett Kavanaugh, and how this woman waited 35 years to come forward with them, so obviously we can’t believer her at that point. And, oh, by the way, Ruth Bader Ginsberg just came forward and said that when she was younger, Abraham Lincoln groped her.

This man, basically, not only smears Ruth Bader Ginsberg as being old, but thinks it’s funny to think about her being molested by anyone. I mean, isn’t Abraham Lincoln the hero of your party, and you’re making a joke about him, as well, too? Lincoln aside, this whole little joke that he told … which elicited responses of nervous laughter from the crowd. Nobody wanted to laugh at it. They didn’t want to make him feel bad, so, there was, “Huh, all right.”

If you want to know why she waited 35 years to come forward with these allegations, let me tell you. 65% of women … it’s estimated that 65% who are sexually assaulted never report it … 65%, so, fewer than half ever get reported. She did tell her therapist and her husband back in 2012.

In order for this to be some kind of Democratic conspiracy, which Republicans, including Norman, are saying it is, this woman would’ve had to set this up years ago, having no idea at all if Kavanaugh was ever going to be nominated for anything again. Talk about a gamble and a long con, there, that is completely implausible, yet, that is what Republicans are trying to do, because they would rather bend reality, and twist what we can see and hear … they would rather do that, than believe a woman. Ralph Norman just proved that, with his wholly grotesque and disrespectful comments about both Ford, and Ruth Bader Ginsberg.