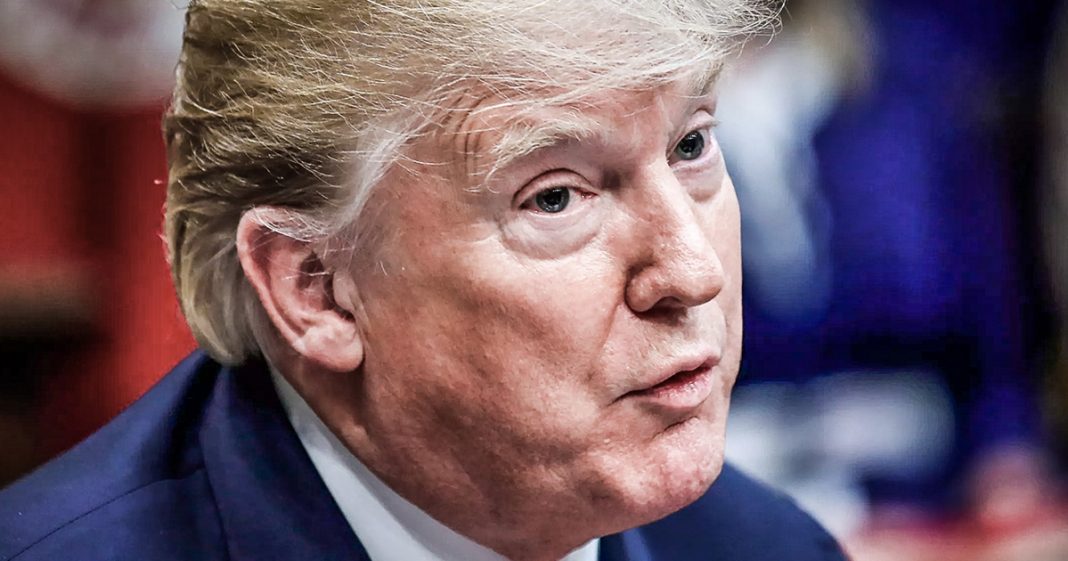 With all of the focus on Brett Kavanaugh, it has brought a new light to sexual assault allegations against powerful politicians. But so far, Donald Trump has been unscathed by the multiple different women who have credibly accused him of sexual misconduct. This is an issue that needs to be discussed and STILL needs to be investigated. Ring of Fire’s Farron Cousins discusses this.

Earlier this week Donald Trump told us that he has a really hard time accepting Dr. Christine Ford’s accusations against Brett Kavanaugh because he believes that Kavanaugh’s not the kind of guy that’s going to go out and sexually assault someone. And that brings us back to a story that has been grossly overlooked since day one of the Trump presidency. And that is the fact that this man, the President of the United States, Donald Trump, has been accused credibly by 19 different women of sexual misconduct, either assault, inappropriate touching or sexual harassment. 19 different women, at least, with credible accusations. The Huffington Post, a few months ago, actually had a report of everyone who’s accused him and the real number is actually over 40.

But nonetheless, that story doesn’t get talked about enough. The President of the United States has been credibly accused by at least 19 different women of sexual misconduct. I mean we’re talking Bill Cosby, Harvey Weinstein numbers, folks, with the President of the United States and there hasn’t even been a single investigation into any of these claims. Yes, he’s being sued and yes those judges who’ve seen the evidence have allowed the cases proceed, many of them are actually still in court waiting. They’re still waiting and yet that’s not talked about nearly enough especially during the Me Too age.

Donald Trump is the only person who has remained unscathed in the light of accusations and allegations against them. He just seems to be untouchable and the reason for that is because there is not nonstop, wall to wall coverage of what he has done. It’s the media. And I know this man does crazy, horrible things on an almost daily basis and you have to cover those but how about continuously going back to talk about those 19 women. Invite them on your programs, interview them for your papers, keep this issue fresh in the public’s mind because it’s something that these victims deserve. They deserve to be heard, they deserve to have these allegations investigated properly and thoroughly.

Here’s the thing, republicans actually take this issue very seriously, they do, believe it or not. Republicans in Washington, DC, understand how serious these allegations against the President are and that’s why recently they released a document … well, they didn’t intentionally release it, but it got released about all of the alleged investigations the democrats are going to launch if they take back the House in this year’s midterms and possibly the Senate. And one of the things listed on there was Donald Trump’s sexual assault. They understand that the democrats might actually look into that and that it’s going to be devastating for their party if they do. Meanwhile, nobody else is talking about it but if that party, that’s in power right now, is worried that there’s going to be an investigation into it, then that’s probably something worthy of investigating. It’s probably something worthy of paying a little bit of attention to and looking into a little bit deeper.

We know from the Access Hollywood tape that Trump admits that this is what he does. And that only gives more credibility to the women who have accused him. I do not doubt a single one of them but I do doubt everything that the President of the United States has to say about these women that have accused him of sexual misconduct. But that’s a benefit of the doubt that the media doesn’t give to these women. They give it to Trump or they just move on. They think covering it one time is plenty. The truth is, there needs to be investigations. Donald Trump himself needs to be deposed and, more importantly, these women need to be heard so that they can finally get the justice that have for so long been denied.