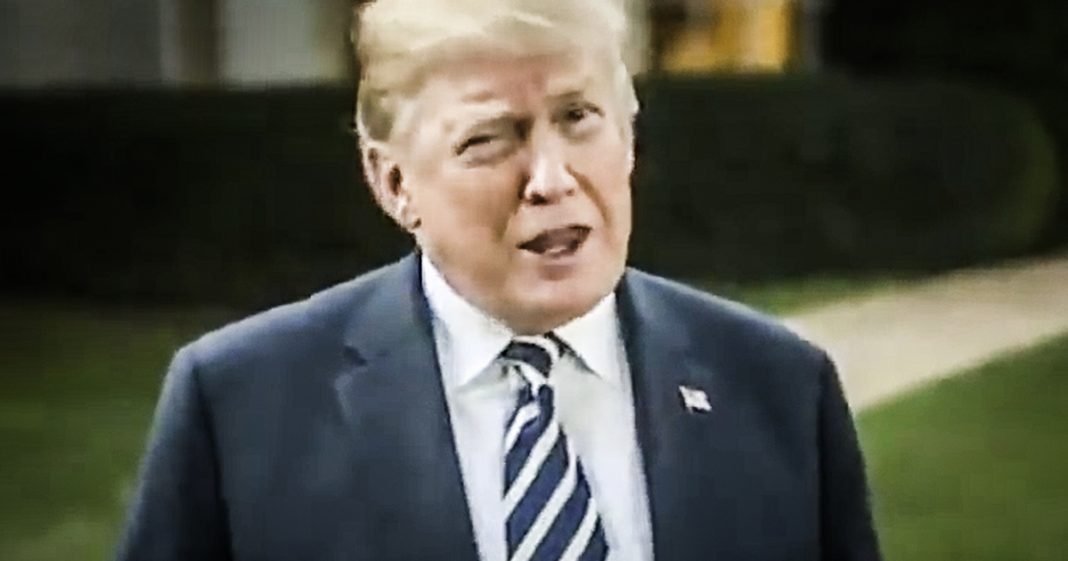 If anyone can screw up a hurricane response better than George W. Bush, its Donald Trump. In a video announcement about relief efforts and storm impact, Trump described the storm as “one of the wettest we’ve seen from the standpoint of water.” The man actually told us that water is wet and we’re supposed to take him seriously? Ring of Fire’s Farron Cousins discusses this.

The death toll from Hurricane Florence in North Carolina right now has hit a little over 35 people at this point have perished. That number is likely going to go higher. Experts expect it to go higher. Donald Trump’s supposed to be heading there today to survey the damage, but before he heads to North Carolina, the White House actually released the following video where Donald Trump explains just how bad this storm really was. Here it is.

Donald Trump: I just want to thank all of the incredible men and women who have done such a great job in helping with Florence. This is a tough hurricane, one of the wettest we’ve ever seen from the standpoint of water. Rarely have we had an experience like it, and it certainly is not good.

That’s right, ladies and gentlemen, breaking news from the president. Water is wet, and more water is more wetter. The wettest we’ve seen from the standpoint of water, as opposed to the standpoint of what? What else are we going to view the standpoint of wetness from, you idiot? People are dead from this storm. You have communities cut off from the rest of the country right now because the flooding is so bad it’s created islands out of these landlocked cities, and the best the president can come up with in a prerecorded message that he could have done over, and over, and over again if he chose, is that this is the wettest we’ve seen in terms of water?

We already know that. We already understand that, and if you’re going to sit there and tell these people who are currently suffering that water is wet, why should they have any faith that you and your administration are actually going to do anything to help them? Why should we believe that the man you’ve got running FEMA, Brock Long, who has actually just been referred for criminal prosecution, why should we believe that this guy can come in and solve anything?

This asinine video that the president put out is absolutely disgusting. Rather than sitting in comfort on the White House lawn, he could have gone there days ago, but he chose not to, and then he has the audacity and, let’s be honest, the stupidity, to sit there in his video and let us know that, in terms of water, this is the wettest. That doesn’t even mean anything, folks. I hope you understand that. This is the wettest from the standpoint of water. That’s not even an actual coherent sentence, yet that is what the president tried to convey to people to let them know that yeah, it was a disaster, but hey, it’s the wettest disaster we’ve ever seen and Donald Trump gets to be president during it.