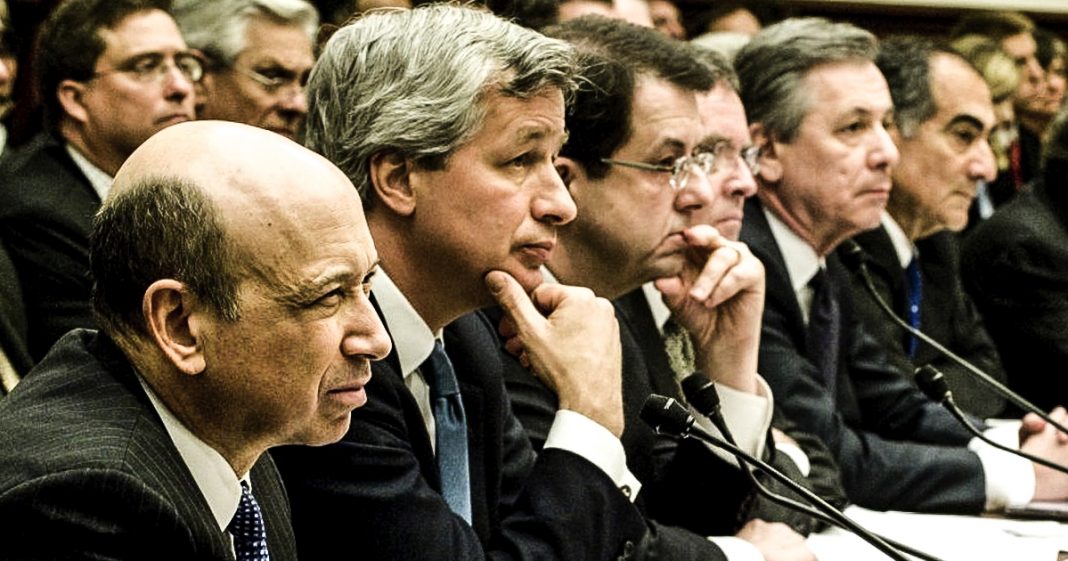 Via Boom Bust RT America: The crash of 2008 turned the whole US and global economy upside down. Mollye Barrows joins Bart Chilton to discuss.

Bart Chilton: And what the future did hold, also had, Treasury Secretary Hank Paulson and Federal Reserve Chair Ben Bernanke critically concerned. With Laymen dead, what was next? With contagion from Laymen and perhaps others who could fall, destroy the economy and still nobody knew the financial risk of those dark OTC markets with those bundles of bad mortgages in the credit default swaps. Fearing the worst, total economic destruction, Paulson and Bernanke headed to Capitol Hill with a three page document seeking more than 700 billion dollars to buy what they called ‘Troubled Assets’ held by large and small banks, and an insurance giant AIG. Which it insured the OTC dark market products for many of the banks. And it did become law. For more, we are joined by legal journalist, Mollye Barrows at the Ring of Fire network. Mollye, some of our viewers may have only really, a vague recall of TARP or know the acronym. The history is pretty muddled. Take us back to a TARP 101 if you would.

Mollye Barrows: Sure, hi Bart. Well as you said, Secretary Paulson and Fed share Ben Bernanke framed this as dire and urgent. It’s a must pass. The house initially balked at that bill, but effectively they needed it to enable this bailout. So the Senate revived the package. Ultimately TARP was born to essentially buy and hold these assets that seemed to about to be become worthless until some time in the future when they expected normalcy to return.

Bart Chilton: Yeah and Bush 43, he was in office, a Republican. But tell us how this actually got past Congress. I mean, who was voting which way?

Mollye Barrows: Well it’s interesting in that it was 172 Democrats. Only 91 republicans who actually supported the Presidents request to do this and enable it to become law. Some of those Democrats who voted for TARP however, they lost their next election. So it seemed like as unpopular as it was, it certainly cost them.

Bart Chilton: Yeah and ultimately, I mean, did TARP work out pretty well?

Mollye Barrows: It certainly did financially. The money was eventually repaid to the Treasury of the financial system. Us, as well as globally did not collapse. So even though it was one of the most unpopular ideas, ultimately it was an extremely successful economic program. One of the most successful ever, Mark.

Bart Chilton: Thank you Mollye, appreciate it. Mollye Barrows at the Ring of Fire network. Appreciate it Mollye.