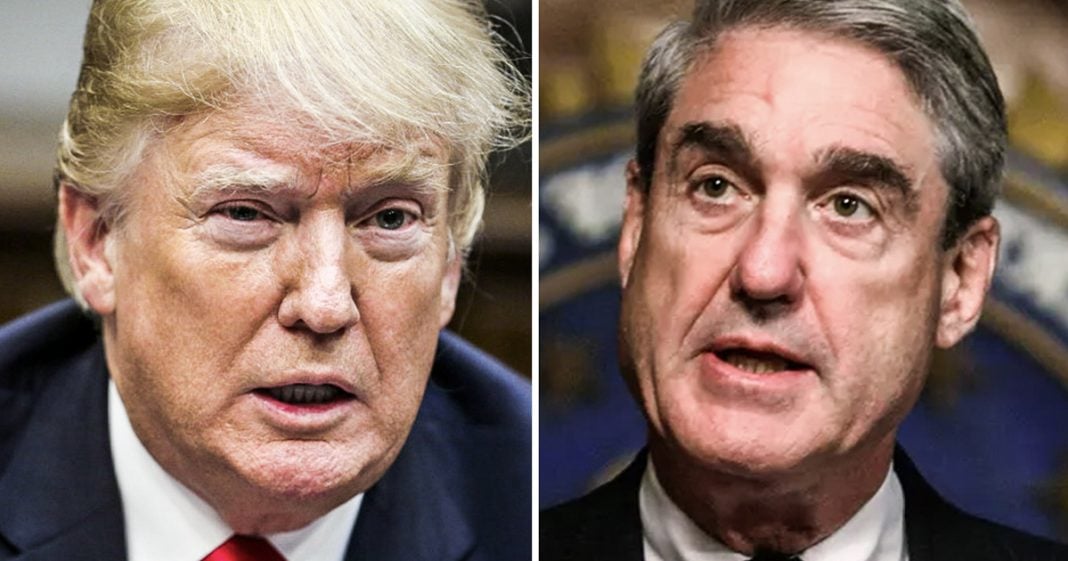 Donald Trump has entered a new, more urgent attack mode against special prosecutor Robert Mueller, and he’s now ordered the government to release all classified data related to the FISA warrant on Carter Page. Additionally, he’s also ordered the release of all text messages from Lisa Page and Peter Strzok, and certain information about his new favorite target, Bruce Ohr. Ring of Fire’s Farron Cousins explains the purpose of these releases and what Trump is hoping to accomplish.

Donald Trump has now entered phase two of his attacks on special prosecutor Robert Mueller. On Monday, it was announced by the Trump administration that they were going to declassify all of the FISA warrant information available on the warrant obtained for Carter Page. They are going to declassify everything that the FISA court saw in order to issue the wiretap or the surveillance on Carter Page. In addition to that, just for good measure, they’re also going to declassify and release to the public all of the text messages between Lisa Page and Peter Strzok. They’re also going to release all the transcripts of interviews that have been conducted with Bruce Ohr who, as you know, happens to be Donald Trump’s new favorite target in the Department of Justice.

I don’t care what you think about the investigation. I don’t care if you think, “Oh, well we should be able to see these things.” I’m not actually against being able to see these things. But we should also be able to see the motive here, and that’s what’s important. This has nothing to do with transparency. It has nothing to do with being open and honest with the American public. In fact, it’s the exact opposite. We’re going to get redacted, partial releases on most of this stuff, and the only things we’re going to be able to see, because we already saw it with the Nunes memo, are the things that this administration believes will discredit the Mueller investigation.

This is a step for Donald Trump to continue laying the framework that he’s been laying for months now to fire Robert Mueller. Sean Hannity told us last week that Trump was going to probably fire Robert Mueller most likely after Hurricane Florence. Well, we’re about at that point, aren’t we, folks? That’s exactly what’s happening here. They’re going to release this information, they’re going to try to paint the entire Justice Department, the FBI, everybody, as wholly corrupt, wholly anti-Trump, and that is the only reason that this investigation started. They are obsessed with this Steele dossier, which they claim erroneously is the reason that this FISA warrant and the investigation even started, even though that’s not true. Even the Nunes memo told us that. But here’s the thing. Nothing in that Steele dossier has been proven false yet. How about that, folks? How about the fact that nothing in the dossier has been proven to be false yet? That’s not to say that it might be proven false. It’s just that nobody’s been able to prove that it’s not true yet.

Republicans and weird people on the left, you can get mad all you want about the dossier. The fact of the matter is you haven’t been able to prove that nothing in there happened. In fact, a lot of it has already been confirmed.

But, again, back to the main issue. This is a move by the President to undermine the investigation. Releasing the text messages of Page and Strzok, that is a purely political move. Those are private. Those are not things that anyone in this country needs to see, and only the most corrupt and disgusting want to see. As for the Carter Page FISA warrant, we do run the risk of exposing some confidential sources, some classified sources, people that are being protected. There is a big danger in that. But if you can redact that, sure, release it, because I don’t think there’s anything in that warrant application that’s going to make this administration look better. But that’s not what they care about. They care about making Robert Mueller and the DOJ and everyone involved look like incompetent, anti-Trump idiots. They’re going to make sure that whatever information they release paints that picture for us. It also, at the end of all this, will lead to the President firing Robert Mueller and most likely Jeff Sessions as well.