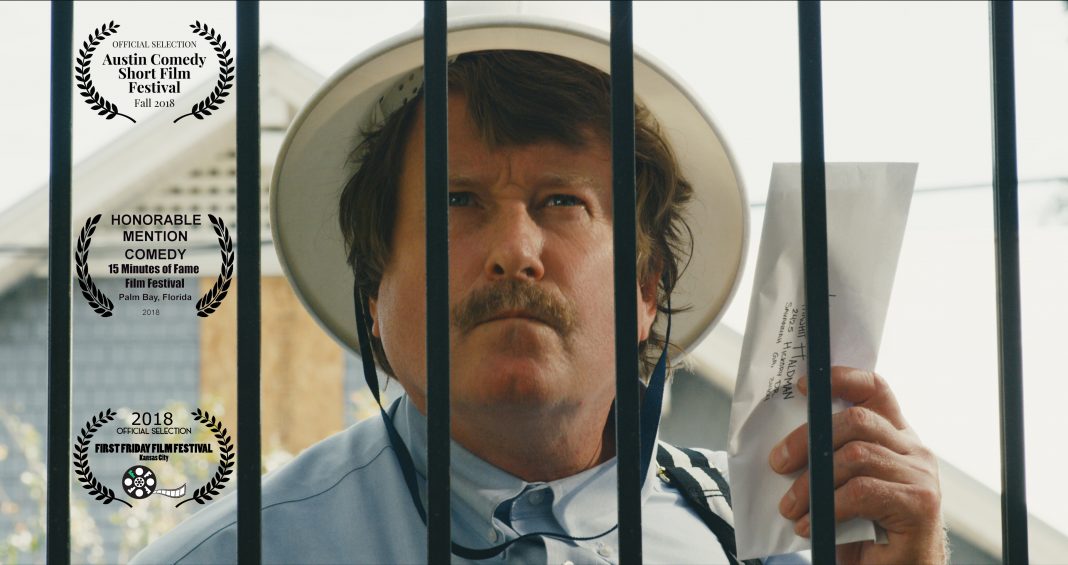 Rebecca Timmons, an attorney from The Levin Papantonio Law Firm, and John Connor Bray, a Ring of Fire editor, teamed up to write and direct a short film called “The Mailman” that has gone on to win The Austin Comedy Short Film Festival, as well as being accepted into a few others.

Film’s Synopsis: A dedicated mailman, who’s obsessed with the United States Postal Service, meticulously places letters in mailboxes on his daily route. The mailman, with a single piece of mail, arrives at a locked gate belonging to a mean-spirited homeowner. The mailman’s entire world begins to fall apart when confronted with the homeowner, who finds him obsolete, but the mailman’s determination lands him in some tough situations that require him to think on his feet. The mailman’s world is torn apart until he discovers a way to get back at the mean homeowner. This leads to the renewal of the United States Postal Service’s integrity, but ends up landing both of them in a situation no one would want. However, this provides the mailman an opportunity to get the last laugh.