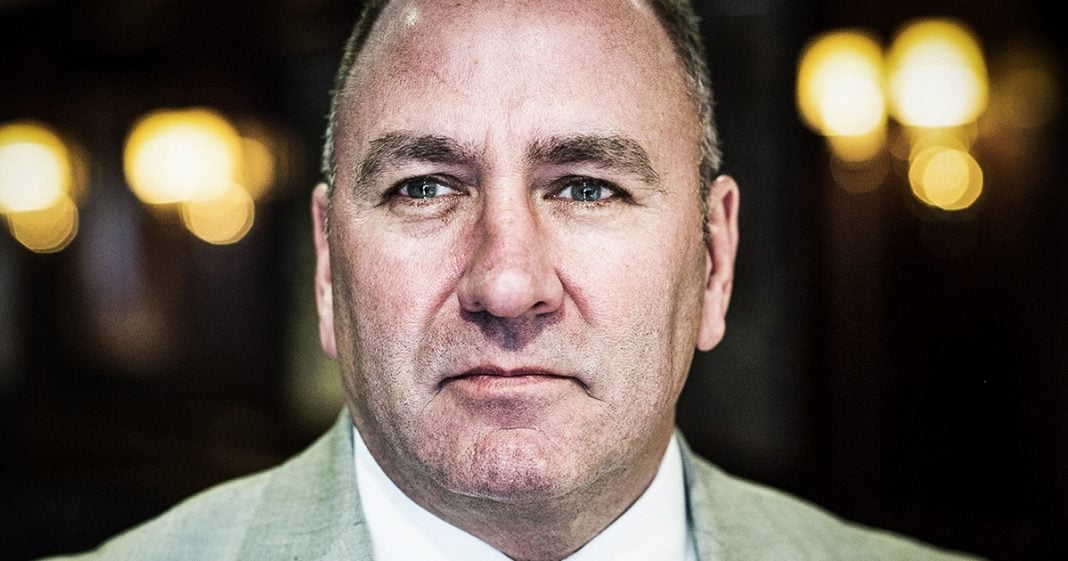 A first term Republican Congressman from Louisiana, Clay Higgins, has introduced legislation that would require members of Congress to submit to random drug testing, and if they refuse, their names will be made public and they could face consequences. Higgins jokingly said that his proposal was based on some of the “odd” behavior he’s seen around Capitol Hill, but his proposal isn’t really a bad idea – if they want to drug test welfare recipients, let’s return the favor, as Ring of Fire’s Farron Cousins explains.

You’ve probably never heard the name, Clay Higgins, but in case you haven’t, he is a Republican Congressman from the state of Louisiana, serving in the House of Representatives. Now, Mr. Higgins has introduced legislation which so far has zero co-sponsors, by the way, but he’s introduced legislation that would require members of both the House and Senate, to submit to random drug testing, and they would actually have to pay for their own drug testing.

And if they failed the drug test, they obviously get referred to the ethics committees, you know, for possible punishment there, and if they refuse to take a drug test, they’re going to release all that information to the public so that we get to be the ones to decide on the punishment for this member of Congress, by either voting for them or voting them out of office.

Now Higgins is a Trump endorsed candidate, and he has had some really horrible ideas since coming to Congress, but I think this piece of legislation actually happens to be the case of a blind squirrel occasionally finding a nut because I like this legislation. And it’s not because I want to weed out any drug users in Congress, I really don’t think that that’s a problem. What I love about it is the humiliation that they would be facing because it’s the same kind of humiliation that they have tried to force on people who receive federal benefits from the government.

Food stamp recipients, welfare recipients. All over this country, red states have passed laws saying that you have to submit to a drug test if you want to get these government benefits. And in some states, they’ve said, “Oh, and you’re going to pay for it too.” As it turns out, we’ve actually spent more money on the drug testing than we have received from people getting kicked off these programs because they’re drug users, because as it turns out, people who don’t have money, don’t actually do very many drugs in this country.

That’s actually a middle class, upper class problem. Just like the make up of our US Congress. So yeah, I think these people should be submitting random drug tests every now and then. I think they should have to go through the same kind of thing that they’re making people in this country go through. Those corporations who fund their campaigns, they submit their workers to random drug testing and fire them immediately if they fail.

So why not hold our elected officials to that same kind of standard? So yes, it’s not very often I find myself agreeing with a Republican, especially one that’s been endorsed by Donald Trump, but I will say 100%, though not for the same reason Higgins has, that I support this piece of legislation.