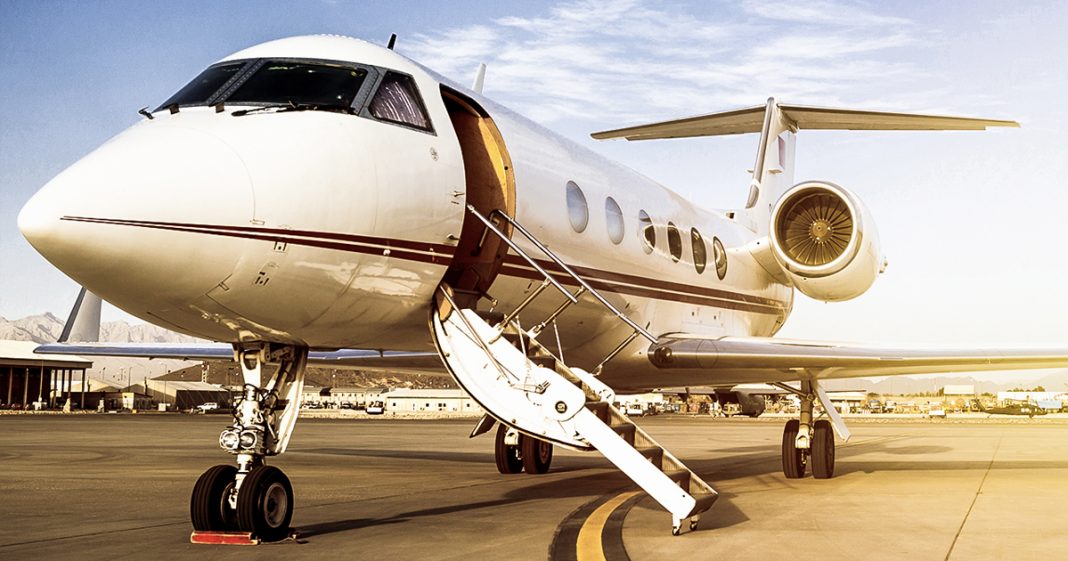 According to a new report in The Wall Street Journal this week, more and more wealthy Americans are upgrading their private jets thanks to a special tax cut that Republicans worked into last year’s tax cut package. If you still think that this tax cut money is going to trickle down to you then you are absolutely dreaming, and this new report shows us EXACTLY who the Republicans had in mind when they passed this legislation. Ring of Fire’s Farron Cousins discusses this.

Well, it’s pretty obvious at this point, according to various reports, and even the admissions of businesses themselves, that American workers are not going to be seeing any benefits from the tax cut package Republicans ran through at the end of last year. We can take solace in one little fact, and that fact comes from a Wall Street Journal report earlier this week that says that millionaires, and billionaires, and CEOS, and corporate executives are buying more expensive private jets than ever. You see, as part of the tax cut package, there was a little footnote in there, a little piece of law, that now allows these super wealthy people to write off 100% of the cost of a new private jet. That’s it. You get to write off 100% of the cost against your earnings if you go out and purchase a new private jet.

So, if you buy a $6 million jet but you had $6 million in earnings that year, then yes, you get to write off 100% of that. You basically just got yourself a free jet, right? It’s not exactly how it works, but that’s pretty much how these executives are treating it at this point. Private jet sales are soaring and they’re all willing to admit that it is 100% because of the Republican tax cut package. If you had any doubt in your head as to who the Republicans wrote this tax package for, then I encourage you to go read that report in the Wall Street Journal, probably the only time I’m ever going to ask you to read the Wall Street Journal. Private jet sales are going through the roof, and because there’s a lot of people that want to get that tax break to write off on their 2018 taxes for next year, they’re expecting the sales to climb even higher as we approach the end of this year.

While you may be struggling to get by while Republicans actually just produced a new budget proposal that’s going to cut hundreds of millions of dollars from Medicaid, and Medicare, and Social Security, which is going to affect you, don’t worry about that, because rich people get to buy better private jets now and not really pay that much for them at all, because we’re paying for that with reductions to Medicaid, and Medicare, and Social Security. Yeah, you might be driving your car on a road or over a bridge that hasn’t been updated in 20 years and could be falling apart or filled with potholes because we don’t have any money to pay for infrastructure, but don’t worry, those wealthy elite won’t have to drive on those crappy roads because they just got a new private jet to fly over it.