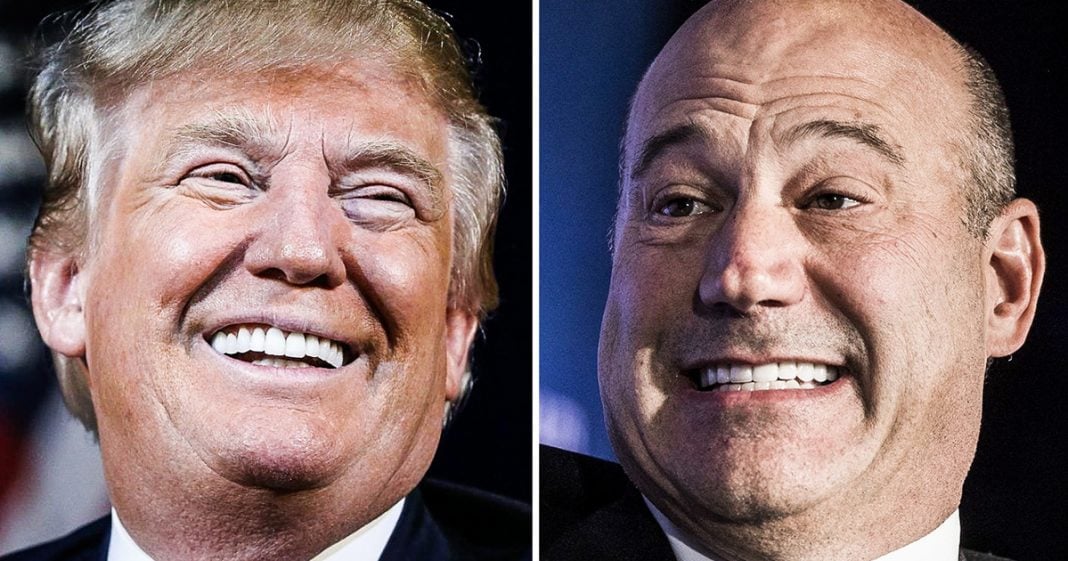 According to an exchange detailed in Bob Woodward’s new book “Fear”, Donald Trump asked his former top economic adviser Gary Cohn why he couldn’t solve the US debt crisis by just printing more money. Not only is this a painfully ignorant thing to say, but it shows that the President has absolutely ZERO understanding of how economics actually works. Ring of Fire’s Farron Cousins discusses this.

If Bob Woodward’s new book, Fear: Trump in the White House, is to be believed, and we have very little reason not to believe it, if it’s to be believed, then Donald Trump is 100% without a doubt the dumbest person to ever serve as the president of the United States. Now, we have learned a lot from this book in the last two weeks, and so adding on to the list of things we’ve learned from the book is that while he was president-elect, before he was actually sworn in, Donald Trump met with his top economic advisor, Gary Cohn, and they were discussing what to do about the economy, because Trump had promised on the campaign trail to wipe out national debt in the next eight years. Trump’s solution, and he asked Gary Cohn why they couldn’t do this, was to … Why don’t we just print more money? Let’s just put more money, give people more money. I mean, this is the exact thing he said. Just run the presses. Print money. Just run the presses. Print money. That was Donald Trump’s solution to get the country out of debt.

Another solution he had was well why don’t we just borrow a bunch of money, and then hold on to it, and then resell it later? According to Woodward’s book, Bob Cohn walked away from this meeting and said that Donald Trump has no understanding of the economy whatsoever. He’s just 100% clueless. He doesn’t understand how it works, and in case you’re wondering why we can’t just print more money, that would cause massive inflation and it would actually cause the value of that money to plummet to the point of being almost worthless, which would actually increase our debt, so yeah, you can’t just print your way out of this, because if you could have, we would have done it decades ago.

Donald Trump is an absolute moron, and I have no problem saying that, because we have plenty of evidence to back it up. The people who disagree with it are the ones who have no evidence to show that he’s not an absolute idiot. The big takeaway from this book, and I’ve said this before and I’m going to say this again, is that this is a man that’s too stupid to be the president of the United States. But even worse than that, it’s not just the fact that he’s too stupid to be the president, but he is 100% Dunning–Kruger. He is so incompetent that he can’t even comprehend his own incompetence. That’s the level that we are dealing with here, and that’s the level of incompetence that we see among a lot of these diehard Trump supporters.

I’m not saying they’re all at that level, but the people who think that this man can do no wrong, that he is right about everything, that he’s going to save the country, or even that he cares about them, yeah, they fall into the same category as the president. This man wants to make as much money for himself personally as possible while president. Other than that, he doesn’t care about anything, and even worse, he doesn’t understand anything that he is now forced to deal with on a daily basis.