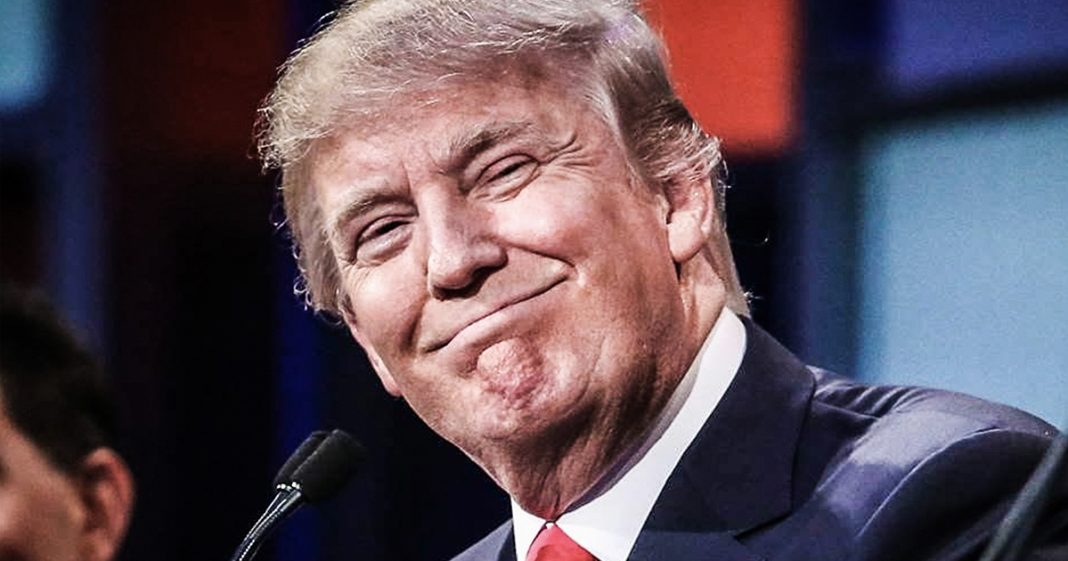 Donald Trump somehow manages to keep outdoing himself by breaking his own records each month for how many lies he tells. And according to a new analysis, the month of August 2018 was his highest month ever in terms of number of lies or otherwise false statements told. Ring of Fire’s Farron Cousins discusses the unusual increase in his lies and offers some possible explanations as to why the President is having a harder time telling the truth.

Donald Trump doesn’t do very many things well at all. In fact there’s really only one thing that he does well and that is consistently lie to the American public. He doesn’t lie very well. It’s obvious to anybody with half a brain that what he says is not true. That it goes against reality. But consistently telling lies is absolutely this man’s strongest trait.

According to new reports in the month of August, Donald Trump broke his own personal record by telling 321 lies just in that month. August 2018 now holds the record for the most lies ever told by Donald J. Trump.

I know most of us out here understand that that is a very very very very very low number for a president but there’s 37% of people out there that listen to these lies and either believe them or don’t care that he’s telling them. That’s a problem. When a third, a little over a third of this country is that painfully ignorant or willfully ignorant? Then yeah we’ve got a very big problem here in the United States.

Again, that’s conversation for a different day. The biggest issue here is why this sudden increase? Why is it increasing exponentially at this point? Well could be several factors. One, Donald Trump understands that his party’s probably in a little bit of trouble in the midterms so he’s trying to tell more lies, make the democrats look bad, make republicans look better, because he thinks it’s going to help them in the midterms.

If he had the choice he would absolutely throw one of his children under the bus to save himself. We know that because just last week he did it when Don Jr. allegedly asked him to endorse a candidate who later lost, Trump 100% blamed his son, said “I didn’t even want to do it. Don Jr. Made me do it and now look, the guy lost.” Yeah. He’ll throw his kids under the bus in a legal investigation too. Just wait and see. But that’s the reason these lies are increasing. Until this investigation concludes or the other investigation up in New York concludes, or any of the other six investigations into him conclude, we’re going to continue to see this number increase.

Best guess at this point is that the number of lies he’s going to tell in September is absolutely going to dwarf the record that he just set for the month of August.