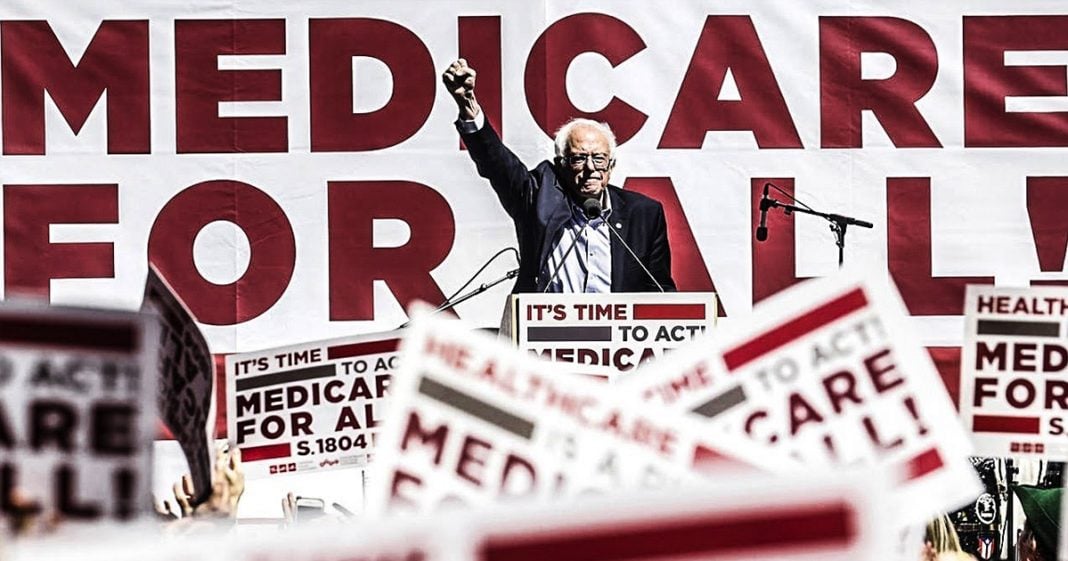 Our next question comes from @TheAtomicSultan who asks, “Given that the majority of the country supports Medicare for All, why has the majority of the Democratic party rejected the idea? My guess would be the cost of it on the federal government ($3.26 Trillion annually.)” I think the reason we’ve seen so many Democratic hold outs on this particular issue is because up until, what was it, a week and a half ago, we didn’t know that 70% of the public supported this. At least on paper, we didn’t know that, or they did not. I can’t say we, because they don’t go out there and talk to people. That’s the problem. They’re not doing their job as politicians, as candidates, and going out there and talking to people. They’re talking at them.

Until they hear that, until they see it face to face, until they get confronted with it to the point that the amount of money they’re taking in from the pharmaceutical companies, and the insurance companies, and the hospital corporations, until the public pressure defeats all that money, you’re not going to get enough Democrats on board with it even though a majority of people support it. Yes, it has a hefty price tag, but in the end it’s actually going to save us money because it’s still technically less than we spend each year as a country on health care.