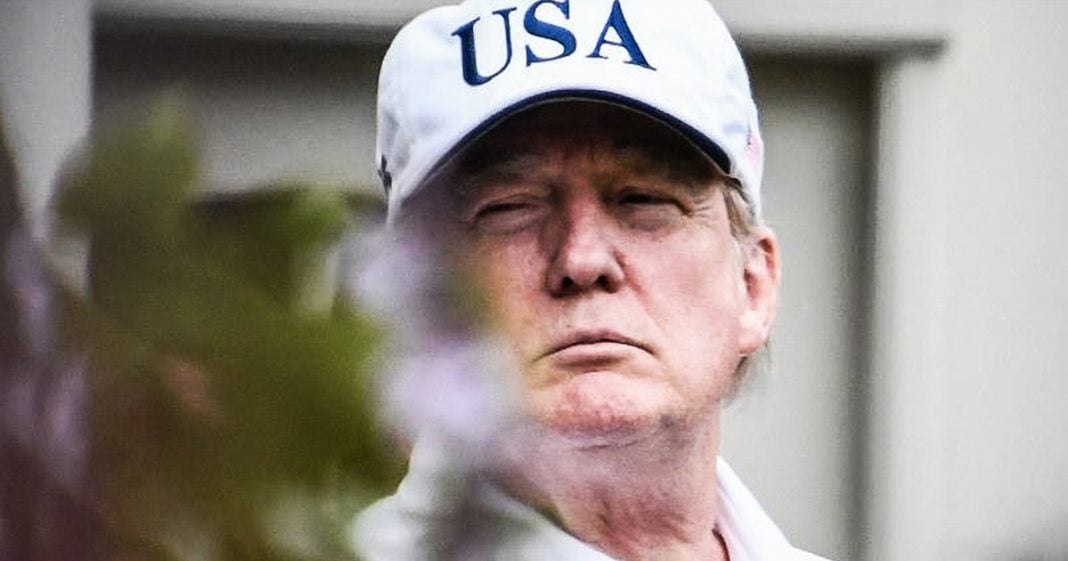 According to new reports, American tax payers have now spent a grand total of $77 million just for President Trump to go golfing while in office. These numbers are absolutely insane, and the fact that conservatives are silent about this issue when they berated Obama nonstop for occasionally golfing is even worse. Ring of Fire’s Farron Cousins discusses this.

Now, I’ve never purchased a golf cart, but I could imagine that it would probably have just been cheaper for the Secret Service to buy their own golf carts and drive those around to protect the president, but that’s not the issue here. The biggest issue is the fact that Donald Trump is charging his own government for him to play golf at his own resorts and then he gets to keep the profits off of that because he still owns those companies.

Brought up a point, and I’m going to bring it up again, and I will continue bringing it up because it’s very important: They made Jimmy Carter sell his peanut farm because they didn’t want him making any money off the fact that he was president but still owned a business. Meanwhile, Donald Trump goes in spending our tax dollars at his own golf courses and pocketing the profits off of that. 77 million dollars, and he gets the profits off of it.

At the same time, Fox News is dead silent about this issue. Yet, every time, once a month, Barack Obama went to play golf, they would run segments on it for a week talking about how lazy and incompetent he was. Donald Trump has spent one-third of his presidency at a Trump-branded property. He’s spent one-fourth of his presidency on a Trump-owned golf course.

There is no comparison. He’s spent more on vacations already than Barack Obama did in eight years, and we’re the ones who pay for that. We’re paying for it at a time when this administration, the Republicans in D.C., tell us we’ve got to cut Social Security, Medicare, Medicaid, after-school programs, teacher pay, infrastructure spending. We have to cut all that because there’s no more money to go around. But this incompetent buffoon we’ve got in the White House, yeah, we can find 77 million dollars to protect him while he plays golf. If you don’t think that’s a problem, then you, personally, are part of the problem.

Government wastes money. Yeah, they do. We’re wasting a ton of money with this increased military budget on things we don’t need just to keep defense contractors fat and happy; but there is no logical or reasonable explanation why we need to be spending 77 million dollars over the span of 19 months for the President of the United States to play golf, let alone the fact that he gets to keep those profits. Something is wrong here, and this is the kind of thing that should, years ago, would’ve easily been the kind of thing that would have derailed a presidency; but today, Republicans just think it’s Donald Trump doing what he does best and taking time off after making America great again.

He is scamming you. He is scamming every single person that pays taxes in the United States. If you don’t care about that, then I’m afraid there’s no hope for you whatsoever.