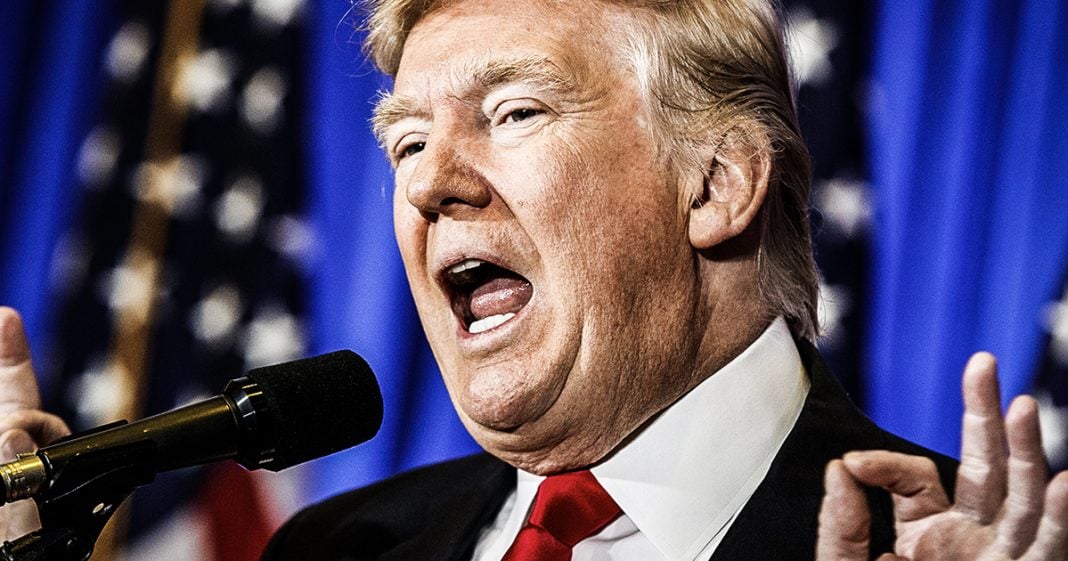 According to new reports, Donald Trump is reportedly telling those closest to him that getting impeached may actually help his chances of winning reelection in 2020. Obviously the President doesn’t understand what kind of trouble he could actually be in if calls for impeachment continue to grow louder because he’s ignoring the fact that he’d likely be ineligible to run for President again if it happens. Ring of Fire’s Farron Cousins discusses this.

Just when you thought Donald Trump couldn’t get any dumber, a new report from Axios came out this week that says that Donald Trump has been telling his very close associates, people inside the White House, that if the Democrats impeach him, that’s actually going to help his changes for reelection in 2020.

Now, there’s an important distinction to make right here. I have said in the past that if Democrats attempt to impeach Trump and fail to do so, yeah, that’s going to help him in 2020. But that’s not what Trump is talking about. He’s not talking about the Democrats trying and failing to impeach him. He is saying if he actually gets impeached, that’s going to help him win again in 2020. Does he not understand that if he gets impeached, it’s going to be for crimes that are a lot more serious than what Bill Clinton got impeached for? Not to mention the fact that Bill Clinton didn’t have to run for reelection after he got impeached? Yes, his approval rating went up after that somehow, but he didn’t have to run again. I seriously doubt that if he did, he could have won because that would have been the central issue of every campaign. Even local campaigns for mayor would have roped in the president’s impeachment to the Republican candidate.

Impeachment would be a death knell for your political career. It’s not something you’d overcome. Not to mention the fact that if you do get impeached, depending on what the crime is, there’s a good, strong chance you would likely be removed from office and therefore ineligible to even run in 2020.

Now, again, I do concede if the Democrats try and fail to impeach the man, he’s going to cruise to victory in 2020, unless they put up the strongest Democrat we have ever seen. So far from the current crop of candidates, it’s not looking like that’s going to be the case. So, they better hope that whatever they’re able to impeach the president on, if they’re able to, that it’s something that would guarantee a removal from office, because if not, Trump could be right. He could sail to victory. But if impeachment does in fact happen, then Trump is 100% wrong and absolutely delusional about his chances of winning again in 2020. I don’t think any president who actually goes through the impeachment process and gets impeached stands a snowball’s chance in hell of winning the Office of the Presidency a second time.