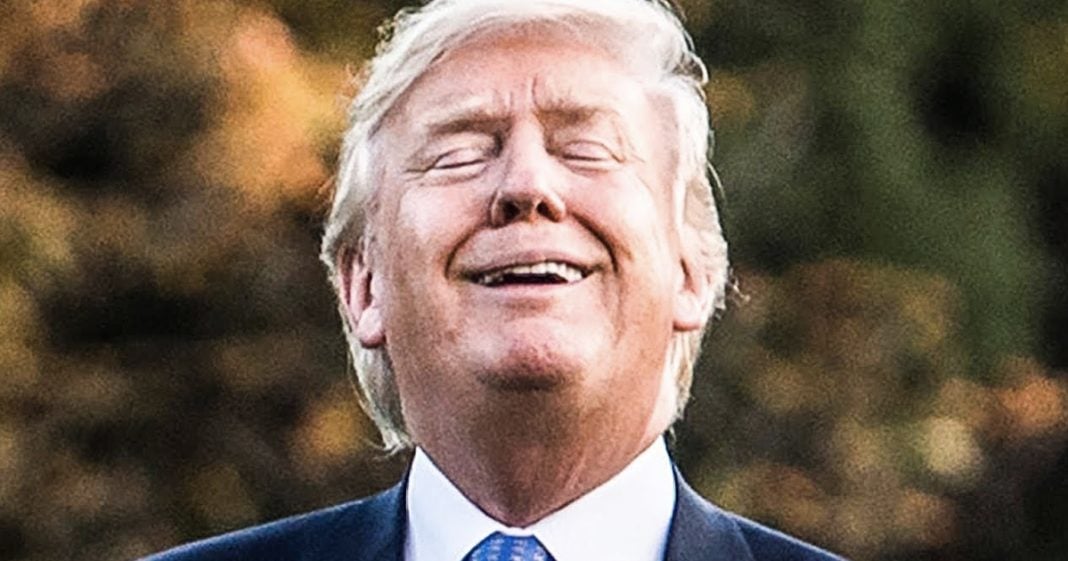 Bob Woodward’s new book “Fear: Trump In The White House” is now out, and among the new things we learned this week from it is that the Pentagon allegedly had to step in and stop the President from tweeting us into a war with North Korea. Considering some of the tweets that we’ve seen from the President on the topic of North Korea, this story seems 100% plausible and credible, as Ring of Fire’s Farron Cousins explains.

The last two weeks have been filled with new revelations that have come out of Bob Woodward’s new book, “Fear: Trump in the White House”. One of the revelations that we found out about this week is that the Pentagon actually had to step in and prevent Donald Trump from sending out a tweet that they felt would have started a war with North Korea. To put that in its simplest terms, Donald Trump almost tweeted us into a war with North Korea.

According to interviews that Woodward conducted for the book, this is what the tweet was going to say, or something to that effect. We’re going to pull our dependents from South Korea, family members of the 28,000 people there. What this means is that Donald Trump was going to announce to the world that we’re pulling out all U.S. citizens from South Korea. We weren’t going to have any American blood over there on their soil, which would have signaled, according to the Pentagon, to Pyongyang, that we are prepared to start bombing almost immediately, as soon as we get those last Americans out. They understood how Pyongyang and Kim Jong-un would interpret this tweet and stopped it.

Now the question I have about this entire story is, if Donald Trump’s tweets are up for review with anyone in the White House, then how the hell is all the crazy still getting out? I mean, we still have tweets from the President, before Kim Jong-un sent him the very nice letter and now he loves him, where he was calling him little rocket man, and insulting his physique, insulting his mental capabilities. You didn’t think any of that would start a war? You just said, “No. To hell with it. We’re going to let those go. But, oh. Don’t say this thing that …” Does Donald Trump hold his phone out and let everybody see what he’s about to tweet beforehand? That, honestly, would not surprise me one bit, but it does beg the question as to how all of the other crazy manages to get through if there is, in fact, some kind of filter there, at the White House, preventing the worst of the worst from making it through.

Donald Trump is a nuclear disaster waiting to happen. We already know that he’s now trying to get pissed off at North Korea again, but they understand how to play him. All you have to do is be nice to him, say good things, and he’ll never bomb you.

The same can’t be said of the leadership in Iran or Syria. Any other country that Donald Trump may be on the verge of wanting to bomb. ‘Cause we also know, from this book, that he had considered wiping out the entire government in Syria. We know that the administration is actually, actively, pushing for a new conflict with Iran. So, what’s going to stop Donald Trump from tweeting us into a war with one of those countries? What’s to stop him from tweeting us into a war with North Korea, if his tweet advisor from the Pentagon doesn’t happen to be in the room when he decides to say something incredibly stupid, foolish, and crazy?

This all points back to the 25th Amendment. Donald Trump not only cannot be trusted, but he is so mentally incompetent that he needs to be removed from office before he tweets his way into World War III. Because we, the citizens of the United States are going to be the ones paying the price for that. Trump will be just fine either way. The rest of us, though, can’t say the same.