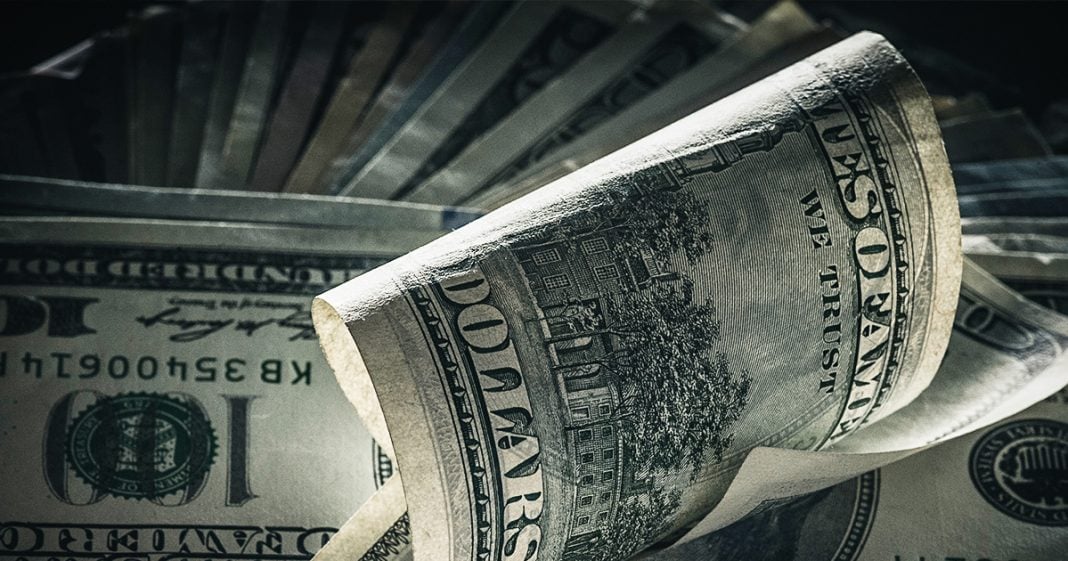 According to a new analysis by the campaign finance reform group Issue One, there are just 15 groups in the United States that contribute more than 75% of ALL of the dark money donations to politicians. This is an unprecedented amount of power that lies with a handful of well-financed groups, and threatens everything that this country was founded on, as Ring of Fire’s Farron Cousins explains.

An amazing new report came out this week from the campaign finance reform group issue one that basically explained that there are about 15 different groups in this country today that have provided more than 75% of the total anonymous contributions to political candidates since the Supreme Court ruled in the Citizen’s United case. 15 groups over the last eight years contributing 75% of the political dark money in this country. And here’s what’s so disgusting about this.

We know who some of these groups are. We have U.S. Chamber of Commerce, Planned Parenthood, the NRA, American’s for Prosperity, which is the Coke-funded Tea Party group there, and several others, but there are left and right. I mean, there’s no discrimination between the two at that point, but because of the way that the rules now are in this country, we don’t get to know whose supplying the money to these groups that they then go out and spend, which accounts for, again, 75% of political dark money here in the United States.

We don’t know who it’s coming from. We can’t trace the origins. And in fact, issue one even admitted that of all the money they looked at just at the groups themselves, they could only track about one out of every nine dollars back to any actual physical group. So there’s more groups out there. More of these little shadow-y organizations funding our politicians. Funding their campaigns and undermining our Democratic process here in the United States.

Money in politics has to go. There’s no question about that. And if you’re not a CEO or a shareholder or a multi-millionaire, you likely agree with that statement. This is not a partisan issue at this point. Majority of Republicans, majority of Democrats and a majority of everyone else all agree that we have to put some kind of limit on the amount of money that wealthy people in corporations are allowed to pour in to our political process. The only people who seem to disagree with that are the people who are actually funding the campaigns or the people who are taking in all of this dark money and they get paid millions of dollars to then turn around and donate that money to politicians themselves.

That’s what’s happening in this country today. So the next time you’re wondering why our politics so horrible and how these people in Washington D.C. can continue to ignore the will of the American public, whether it’s left, right, center, or anything in between, it’s because there’s only about 15 groups out there who are actually calling the shots. And if those politicians want to get more of that sweet political money, they have to do the bidding of those 15 groups, not the bidding of the American public.