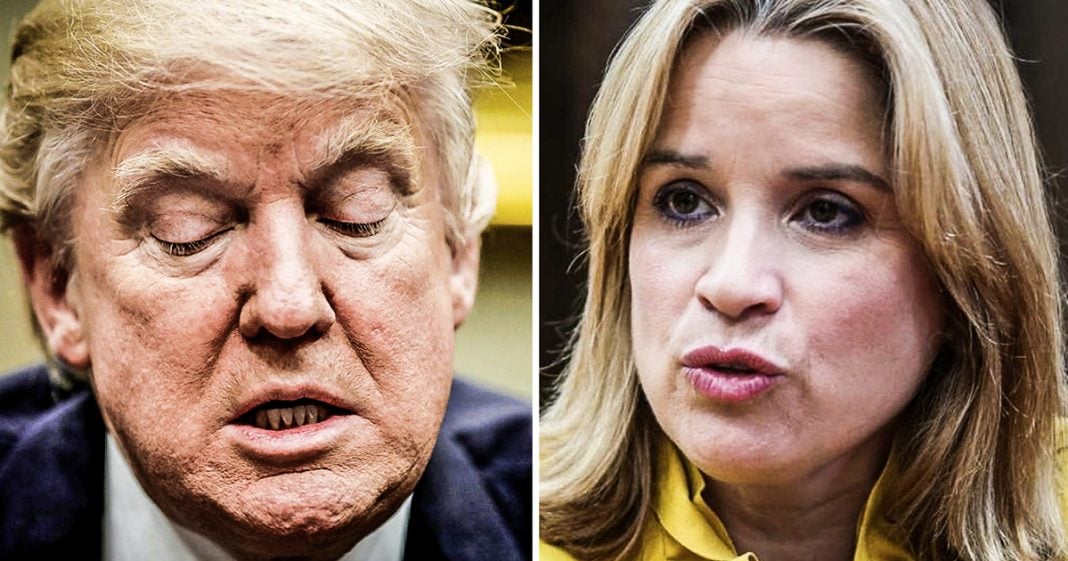 Donald Trump believes that his response to Hurricane Maria in Puerto Rico was an “unsung success,” and that the real problem on the island is that the mayor of San Juan wasn’t being cooperative, and also the fact that the island is very far away. These excuses make zero sense and they just show that Trump is incapable of learning from his mistakes and accepting blame, as Ring of Fire’s Farron Cousins points out.

He tweeted the following out: He said, “We got A pluses for our recent hurricane work in Texas and Florida, and did an unappreciated great job in Puerto Rico, even though an inaccessible island with very poor electricity and a totally incompetent Mayor of San Juan. We are ready for the big one that is coming!” So rather than take the fault for the fact that on his watch, on an island that is a United States territory filled with U.S. citizens, the fact that 2,975 Americans died in that storm, totally not his fault. “The island is inaccessible,” he says. I guess there’s no way to get to it because that is what inaccessible means. It means that there is literally no way to get to something. So it’s curious to know how FEMA did end up down there or the National Guard or hell, even all the people on the island. How do you get to and from Puerto Rico if it’s inaccessible?

Second, this man will not miss an opportunity to attack a strong woman, and that is the Mayor of San Juan, who he’s attacking in this tweet, who he attacked relentlessly after the storm hit the island. And again, it is 100% because she’s a very strong woman, dealing with a very intense circumstance down there on the island, and island, by the way, yeah poor electricity. You can go ahead and blame that on the big banks who help decimate the island’s economy by robbing them blind. That is not the fault of the citizens of Puerto Rico, that is the fault of the major bankers here in the United States. They did that. You underfunded FEMA. You wouldn’t let them go down as early as they wanted to. That organization claimed in an internal document itself that they were about 5,000 staffers short of where they needed to be to be properly prepared for the 2017 hurricane season. That’s all on you, buddy. And if you can’t accept responsibility as the Commander in Chief of the United States, the leader of this country, then you’re unfit to lead on that fact alone, let alone obviously all of the other reasons why you’re unfit.

And if you want to talk about the other responses here on the mainland, down in Texas and Florida, well guess what, FEMA sucked there too. You know who came in and had to save those areas? The people that you hate so much, the NFL. If it wasn’t for JJ Watt and other members of the Houston Texans raising money and helping fund relief efforts down there for Harvey in Houston, and the Tampa Bay Buccaneers’ NFL players raising money for victims down there in Florida, the responses wouldn’t have nearly been as good as they were. But you don’t care about that. You don’t want to give any credit to NFL teams and players for helping save their own cities, you want to take all the credit for that and then blame this woman down in Puerto Rico for the 2,975 deaths that took place on your watch. Every single one of those deaths is on you.