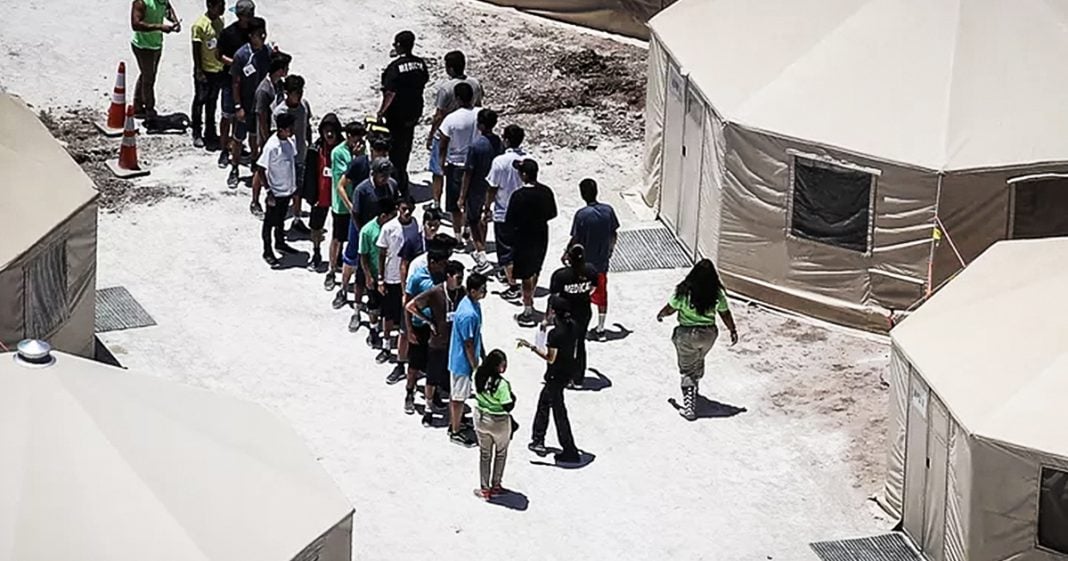 It’s not over, not by a long shot. The Trump administration is planning on tripling the size of a child detention facility in Texas to accommodate even more children that the administration is planning on separating from their parents. This move is unprecedented, but also completely predictable, as the contracts given to the groups building these centers run for the next 4 years. Ring of Fire’s Farron Cousins discusses this.

Believe it or not, one of the things I hate saying more than anything else is, “I told you so,” but this story right here is 100% an “I told you so” moment.

From the very first days that this administration began separating migrant children from their parents and we started doing some research into it, we found out, according to documents and government contracts, that the companies that have been contracted to run and build these child detention facilities, that those contracts ran for the next four years through 2022. So at that point, we here at Ring of Fire told you that this policy is not going to end. They are still going to separate children from their parents at the border for at least the next four years because they’re not going to let those contracts go to waste.

And, sure enough, we got a story late last night showing that the Trump administration, according to the HHS, has plans to triple the size of the child detention facilities near El Paso, Texas. They made this announcement, HHS made this announcement that they were going to increase the number of beds in this facility from 1,200 to as many as 3,800, so slightly more than triple, so that they can take in more than triple the number of children that they separate from their parents.

Now, yeah, Donald Trump did announce couple months ago that they were going to end the family separation policy, but it turns out that was an absolute lie. They did not end it. They have no plans to end it. They’re actually about to increase it. According to reports, border crossings, even since this family separation policy and zero tolerance policy were put in place, border crossings have actually increased. So rather than being a deterrent, more people are actually coming into this country trying to flee horrendous circumstances south of the border. And this administration after telling us to our faces that they were going to put an end to this policy, now that they think everybody is tuned out, everybody’s turned away, everybody thinks the problem solved, they’re about to make it literally three times worse than it already was.

That’s what this administration is all about. That is what Jeff Sessions at the Department of Justice is all about. That’s what Kirstjen Nielsen with Homeland Security is all about. They want to take as many children away from their parents as possible to prove a point. They know it’s not a deterrent. They can look at the numbers themselves. More people are coming across even though this is happening, so it’s not a deterrent. It’s not doing anything to help the problem at all. They’re just doing it because they can, because they want to, because they feel like it, because deep down this is an administration that, for lack of a better term, is simply pure evil.

In the coming weeks, as they increase the capacities at these detention facilities, we’re going to hear even more horror stories about children, teenagers, preteens, adolescents, toddlers, and younger stripped away from their parents, locked in these facilities, locked in cages, abused by the guards, sometimes sexually abused by the guards until we have to start reporting on the deaths from it. That is what’s going to happen with this as long as this administration continues this policy, and we know that because that’s what’s already been happening.