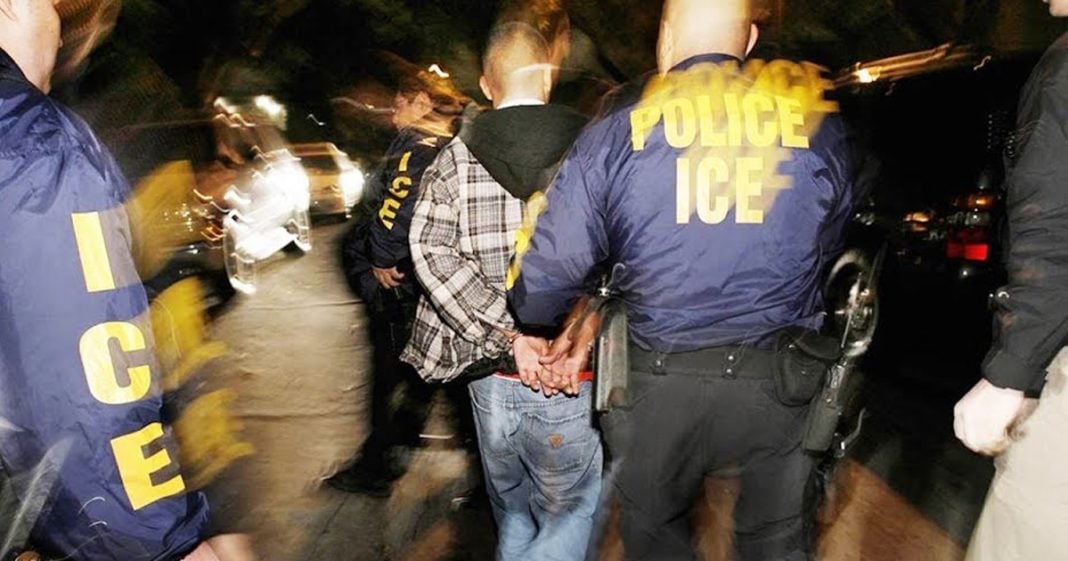 As Hurricane Florence prepares to become one of the largest and most powerful hurricanes to strike the Eastern seaboard in over 60 years, a previously unreleased document shows that Trump has moved $10 million from the budget of FEMA and gave it to ICE in order to pay for his family separation detention facilities. We’ve seen how horrible Trump’s responses to natural disasters can be, and we have little reason to think that the response to Florence will be any different, especially given the reduced funding for FEMA. Ring of Fire’s Farron Cousins discusses this.

As Hurricane Florence approaches the eastern seaboard of the United States, actually threatening to be one of the largest hurricanes to hit the eastern seaboard in the last six decades. Donald Trump is out there assuring citizens in the Carolinas, Virginia, and everywhere else that FEMA, the government, the National Guard, we are all ready to act to as soon as you need us.

According to a previously unreleased document that Jeff Merkley aired on MSNBC’s Rachel Maddow program on Tuesday evening, the Trump administration recently moved ten million dollars from FEMA’s budget over to ICE so that they could detain more migrant children. We took money from FEMA, even coming off of a horrible hurricane season 2017 where FEMA was already underfunded to the point they couldn’t do their jobs. We took more money from them because this administration wants to put more kids in cages. That is literally what happened. Ten million from FEMA to pay for ICE. To pay for these detention facilities. Specifically to put more beds in them so we can put more kids in them, separated from their parents.

This administration is not ready for what is about to happen from Hurricane Florence. They don’t understand how bad this storm truly is. This is going to be an absolute disaster. They are predicting as much as 40 inches of rain on top of what is predicted to be a possibly ten foot or more storm surge. There is going to be unprecedented flooding in the areas where this storm makes landfall and everywhere else it continues to go after that.

We are looking at a disaster on the scale that the United States has not seen very often. And the Trump administration’s best way to prepare for it was to take money away from the one federal agency that’s supposed to help us in these situations and give it to an organization that is hated by most Americans because they’re putting kids in cages and he gave them that money because he wants to make even more cages for children. That is the priority of this administration. It’s not the safety and security of American citizens. It’s not protecting them and helping them after a natural disaster. It’s being as cruel and heartless as possible.

And this is a twofer for the administration. So, not only are you screwing over the people about to get slammed by this hurricane, but you’re also being doubly evil by using that hurricane relief money to put more kids in cages. That, ladies and gentleman, is what the Trump administration stands for. That is what they’re all about and hopefully that is what every single American citizen remembers when they go to the ballot box this coming November.