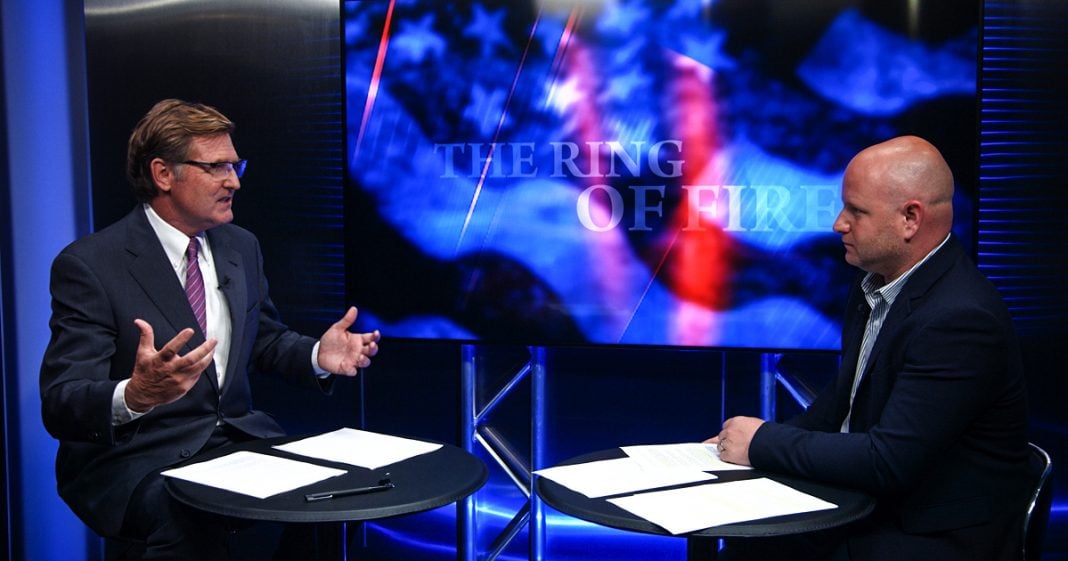 Lawsuits are piling up against Trinity Industries, a company that makes highway guardrails that are killing American drivers. Ring of Fire’s Mike Papantonio and Farron Cousins discuss the topic.

To learn more about this topic, visit topclassactions.com

Mike Papantonio: Lawsuits are piling up against Trinity Industries. It’s a company that makes highway guardrails that are killing American drivers. My gosh, when does it stop? This has been out there a long time, man. They’ve been talking about these Trinity Industry guardrails a long time. Pick up.

Farron Cousins: This story is particularly disgusting to me because this is 100% according to a whistleblower in the company and the documents he was able to provide. This is the story of corporate greed in a nutshell. The company wanted to save $50,000 a year. All right? $50,000. That’s it. They put guardrails up in every single state across this country, massive multi-million dollar government contracts to do it along our U.S. highways. They saved that $50,000 by cutting off one inch of the guardrail at the end post. One inch. Because of that it weakened the structure to the point that if your vehicle hits it … ‘Cause that’s what it’s there for, to prevent you from going out of control into the woods, off a cliff, whatever it is. If your vehicle hits it, it crumbles in a way where it basically becomes a knife.

I spoke to one of the attorney’s several years ago handling this, David Haynes in D.C. with The Cochran Firm. He said it essentially crumples into a knife that cuts through the vehicle and anything in its way, which includes the driver, the passenger. Arms cut off, legs, heads. It’s sick.

Mike Papantonio: Okay, but here again. There was an attempt … If you believe that you’re getting the news, there was an attempt to get this into mainstream media. Have corporate media talk about it. We know about the attempt ’cause our law firm was involved. Our Washington office law firm was trying to get the media to focus on this. “Would you please do the story? We need more coverage on this.” Tried to get the government to do something about it. They did nothing. Nothing happened until lawsuits were brought. Until we started finding the material, tried to disclose it. Again, the media didn’t pick it up, again because … Well, gee whiz, we can’t mess with corporations. They pay us too much money in advertising. So, the story was never fully told.

Farron Cousins: Topclassactions.com has a great list of the victims of what happens.

Farron Cousins: It is … Yeah.