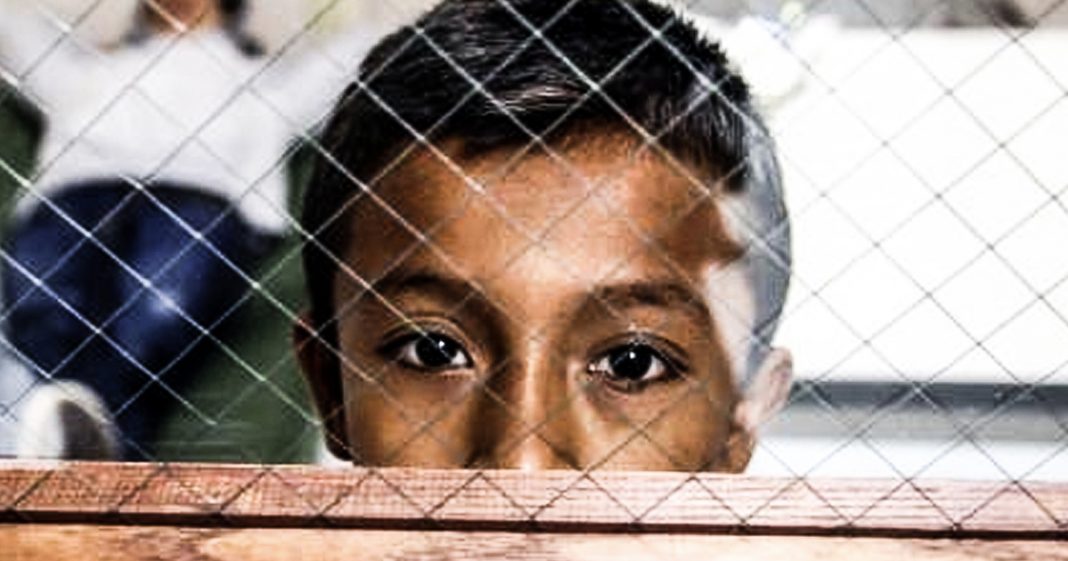 Migrant families that were separated as part of the Trump administration’s Zero Tolerance policy are banding together to sue the administration for the emotional trauma that they suffered. Hundreds of children remain separated from their parents, and some of the children that have been reunited didn’t even recognize their parents when they saw them again. Those kinds of mental and emotional scars don’t go away overnight, and these victims are hoping to force the government to create a fund to cover the cost of counseling for these families. Ring of Fire’s Farron Cousins discusses this.

Migrant families that were victims of the Trump Administration’s zero tolerance policy, have now banded together to sue the United States Government for the emotional and mental trauma that they suffered as result of the zero tolerance family separation policy.

Here’s what’s happening right now; these families have come together, some of them, most of them have been reunited, we still have a little over 400 children remaining in cages in detention facilities according to reports this week, some of whom have actually been in detention of over a year. They’ve not been reunited with their parents, and the majority of them can’t be because their parents were deported and the Government kept such poor records that we don’t know who their parents were or where we sent them back to. That’s gonna cause a lot of emotional trauma. But even the ones that were separated for only a few months, that did get to meet their parents again, some of them greeted their parents as strangers; they didn’t recognize them, they didn’t remember them. That’s the kind of emotional scar that doesn’t go away overnight, it doesn’t go away in a year or two. That’s something that that person’s gonna live with for the rest of their life, as well as all of the other detainees that we threw in cages for coming here seeking a better life.

I mean at the end of the day, that’s what this is all about right? These people were coming here to escape oppression, domestic violence, gang warfare, bad economic conditions, hoping to make a better life for themselves, but instead we made it our policy as a country, from Jeff Sessions at the Justice Department, to make their lives a living hell.

And now, rightfully so, they’re suing the Federal Government in hopes of creating a fund that will pay for the therapy for these children and some of the parents. And if you ask me, that’s the least we could do for these people. We know that there have been instances of horrid abuse, rape and all kinds of other abuses suffered mentally and physically by the children and the parents in some of these detention facilities. And this didn’t just happen under the Trump Administration; it got so much worse under them, but abuses also took place during the Obama Administration. So hopefully, those families will also come together, join in this lawsuit and demand that the Government pay for the therapy and counseling that some of these people are going to need for the rest of their lives.

We chose to do this to them, okay? That’s the thing we have to understand. We made that conscious choice to violate the most basic human rights of these people, human rights violations that have been condemned by the United Nations. We chose to do that but now as a country we need to make the right choice, preempt the lawsuit altogether and agree to pay for whatever counseling or therapy that these people will ever require. We did this to them and that is the least we could do for them.