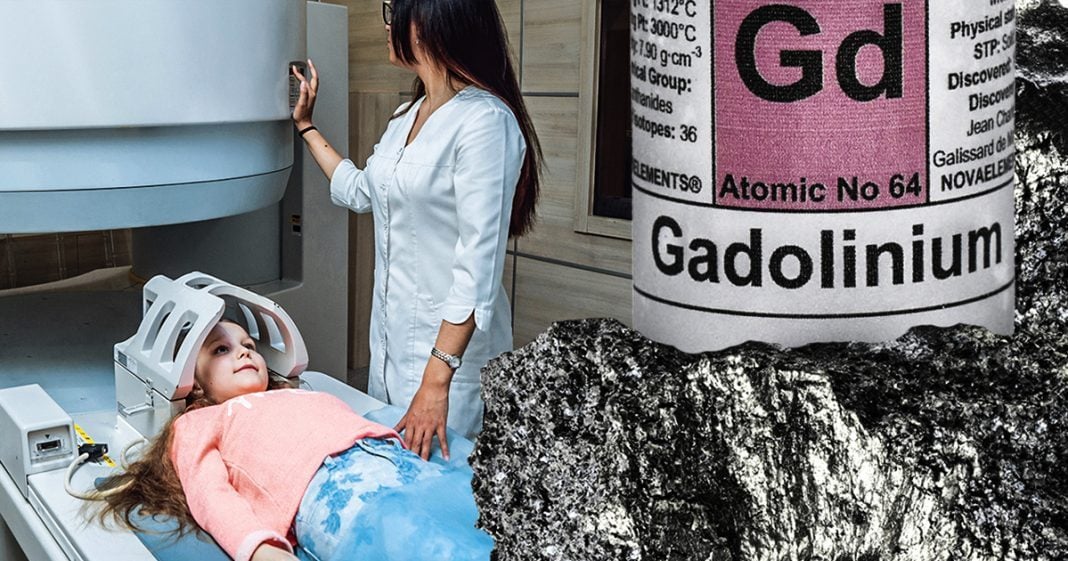 Gadolinium, first discovered by a Swiss chemist in the late 19th Century, is useful for its magnetic properties. It is employed in the manufacture of superconductors and catalytic converters.

Since the 1980s, GBCAs have been administered to patients undergoing magnetic resonance imaging, since its magnetic properties make it easier to obtain clear images of the internal anatomy.  In theory, this normally toxic heavy metal is eliminated through the kidneys, which is why manufacturers have warned against its use in patients with kidney problems.

However, for the past several years, symptoms of gadolinium poisoning have been showing up in patients with normal kidney function.  Nephrogenic systemic fibrosis, the condition that results from gadolinium toxicity, is normally a rare disease that occurs in people with kidney failure.  Primarily affecting the skin, it can also affect bones, internal organs, muscles, and tendons.  These symptoms, which can manifest within hours or even minutes after gadolinium exposure, can be crippling and are progressive and incurable.  They include:

Palliative treatments are available, but in virtually all cases, there is no treatment available to completely remove gadolinium from the tissues.  This means that victims face permanent disability and chronic pain.

There are two types of GBCAs that are used in MRIs: (1) linear, and (2) macrocyclic.  Of these two forms, linear is most likely to result in gadolinium toxicity (linear GBCAs are no longer used in Europe).  This year, a study supported by the National Institutes of Health found that an alternative contrast agent containing a less toxic manganese-based compound left no traces in the tissues of lab mice. Over 99% of the substance was removed by the liver and kidneys.

If you are scheduled for an MRI, be certain to educate yourself. It is your body, and you have the right to request full disclosure from your health care provider and ask for an alternative to a GBCA.