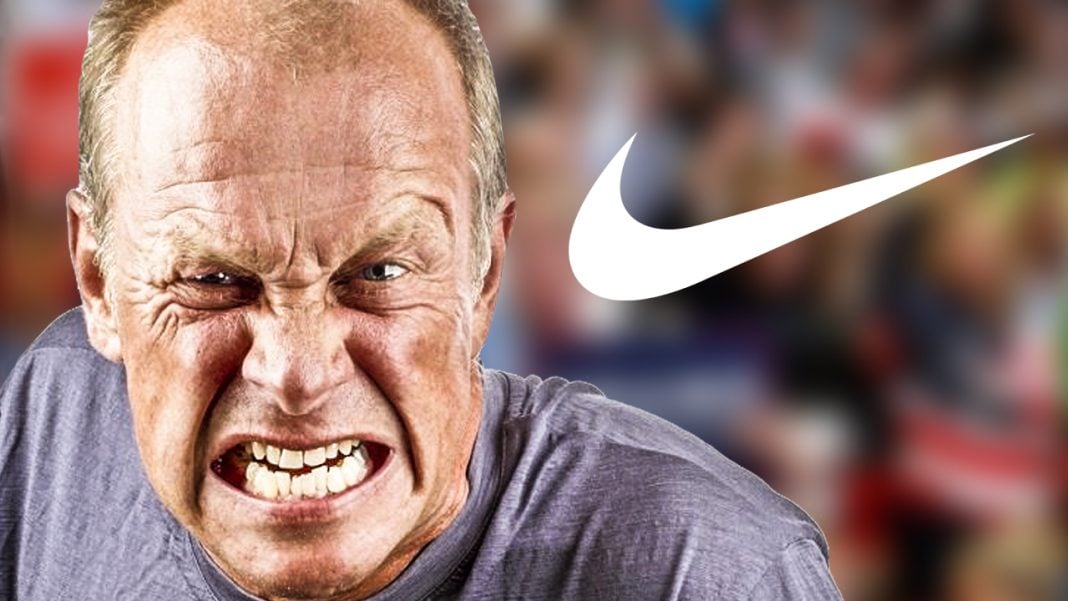 Republican-controlled towns in America are absolutely losing their minds over the new Nike ads featuring Colin Kaepernick, and some have gone as far as to ban the sale of Nikes or prohibit their use on city-owned properties. Some smaller, conservative-run colleges are also getting in on the action, banning Nike apparel from their sports teams. Imagine if they got this mad at companies that routinely break labor laws or poison the environment? Then we might see real change in this country, as Ring of Fire’s Farron Cousins explains.

Conservatives across the country are still freaking out about the fact that Nike paid Colin Kaepernick to be in their new ad campaign. And some conservative towns and conservative colleges are fighting back against Nike by actually banning the sale of their products within their organizations. The town of Kenner, Louisiana is actually trying to completely ban the sale of Nikes in their city.

Other areas run also by Republicans are trying to ban any kind of Nike product or apparel in their locally owned and run recreation centers. If you walk into that rec center wearing a pair of Nikes on your feet they’re going to ask you to leave. Several colleges including the College of the Ozarks and Truett McConnell University have also banned their athletic departments from spending any money whatsoever on any Nike products.

Here’s the thing that really angers me about this aside from the fact that they don’t understand what Colin Kaepernick and these other NFL players are actually protesting. But here it is, right. These conservatives and not just the ones banning it but conservatives in general freaking out over this new ad, they’re pissed off at Nike and they’re trying to boycott them because they believe Nike has done something wrong.

Well in spite of the fact that sales for Nike have now surged 31% since the new ad campaign started, they’re really not having much of an effect. But here’s my question to you conservatives. It’s not about Kaepernick. It’s not even about Nike. But where was your outrage when other corporations were actually doing something that caused harm to the American public? Where was your outrage at DuPont when they poisoned thousands upon thousands of people with a chemical named C8 up on the Ohio River valley?

Where’s your outrage at Monsanto for poisoning people with glyphosate in their Roundup? Where is your outrage at these oil companies spewing emissions into our atmosphere warming up our climate? Where are those boycotts? That’s what I want to know. Why is it that corporations can get away with stealing from consumers in the case of the biggest banks in this country? They can get away with poisoning consumers like DuPonts and Monsantos and Baers and Exxons and Shells.

But you hire a black guy to be in an ad and suddenly conservatives lose their mind. That’s the last straw. We can’t tolerate that because this man allegedly disrespected the flag because we’re too stupid to learn what the protest was actually about. All I’m saying here aside from the fact that these people don’t seem to understand the gross brutality that the African-American community is suffering at the hands of police officers in this country right now.

Aside from that we also have corporations that are out there killing us, poisoning us, putting out defective products and these conservatives don’t dare say a word about that. But you put a guy in an ad who they think is disrespecting the flag even though he’s actually honoring what that flag stands for, then suddenly conservatives across this country absolutely lose their minds because they don’t bother to learn what’s actually happening.