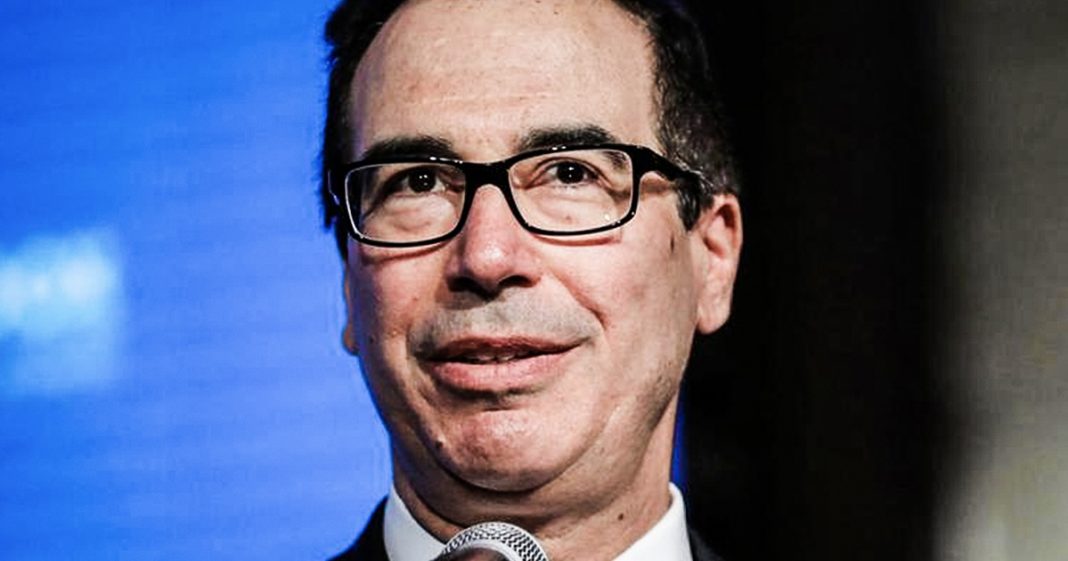 Republicans both in Congress and in the White House are working on a new series of tax cuts for the wealthy elite, hoping that this could shore up some more GOP support ahead of the midterms. One of the big ticket items that they are eyeing is eliminating the capital gains tax, a cut that would only benefit the wealthy in this country. Ring of Fire’s Farron Cousins discusses this.

I discussed earlier today the fact that Republicans are helping to shut down polling places all over the country because they feel that that’s the only way they’re gonna be able to win this year’s midterm elections. But they’re also working on another plan, in case they’re not able to keep enough people away from the polls. And that is they’re not promising corporations and the wealthy elite yet another tax cut in order to get a little bit more cash on hand before the election that’s taking place in less than two months.

Donald Trump tweeted out recently, a bit of an ominous tweet, that corporations and everybody that’s wealthy, they can expect a massive tax cut in the near future. Now, he didn’t specify what he was talking about or what kind of tax cut this was gonna be. But most people assume that it is what Steve Mnuchin, the treasury secretary’s working on right now, which is an elimination of the capital gains tax here in the United States, which is a tax, by the way, that really only applies to wealthy, wealthy, wealthy people who’ve invested a lot of money in a lot of different things. Real estate happens to be one of the biggest ones, which happens to be what Donald Trump himself and Jared Kushner are both invested in.

So his treasury department wants to eliminate the capital gains tax, which would be a tax cut that does not have to go through Congress to get approved, unlike the other ones, because they want these wealthy people out there to give more money to the Republican Party ahead of the midterms.

Right now, the Republican Party has about $1.1 billion cash on hand. Democratic Party doesn’t have near as much, plus they have I think 11 times the amount of debt that the Republican Party has as a national party. So for every 56 cents the Democrats have, Republicans have $1 on hand. Doesn’t look so well for the Democratic Party, however, given the anger that American voters have against the GOP, and the fact that Democrats finally seem to be running on actual issues, the lack of money for their campaigns may not even be that much of an issue this year. We’ve already seen in primary the under-funded candidate can still easily prevail. Happened in New York. It’s happened in Florida. It’s happened in the Midwest. It can and does happen, and it seems to be happening more and more frequently.

Republicans don’t quite understand that right now. They don’t understand that you have to run on issues. That you need to go out there and talk to people and actually deliver on what you promised them and don’t promise them horrible things. Democrats understand that now, or at least they appear to be understanding that right now. Republicans think the only way that they’re gonna be able to win is to once again screw over consumers, give the wealthy elite another tax cut, tell us that it’s going to trickle down, even though all of us know that it’s not, and then hope that those wealthy individuals give them more money to run their campaigns.

There was a time when that would work. But that time seems to have long passed by now. Republicans are having trouble on the campaign trail finding average citizens who actually benefited from their tax cuts. So that is already hurting them. American workers look at their paycheck every other way and they say, “Hey, my wages have not gone up,” as Republicans claim they have. They’re talking about this great economic boom in this country. I still can’t afford medical care. Or car repairs. My kid’s school doesn’t have proper textbooks.

So yeah, those things kind of matter. But again, none of that matters to Republicans. The only thing they care about is making sure that their wealthy donors are taken care of, because when they get in a tough spot, those wealthy donors are gonna sweep in with a nice cash infusion to help save them. May not be enough for this year’s midterms.