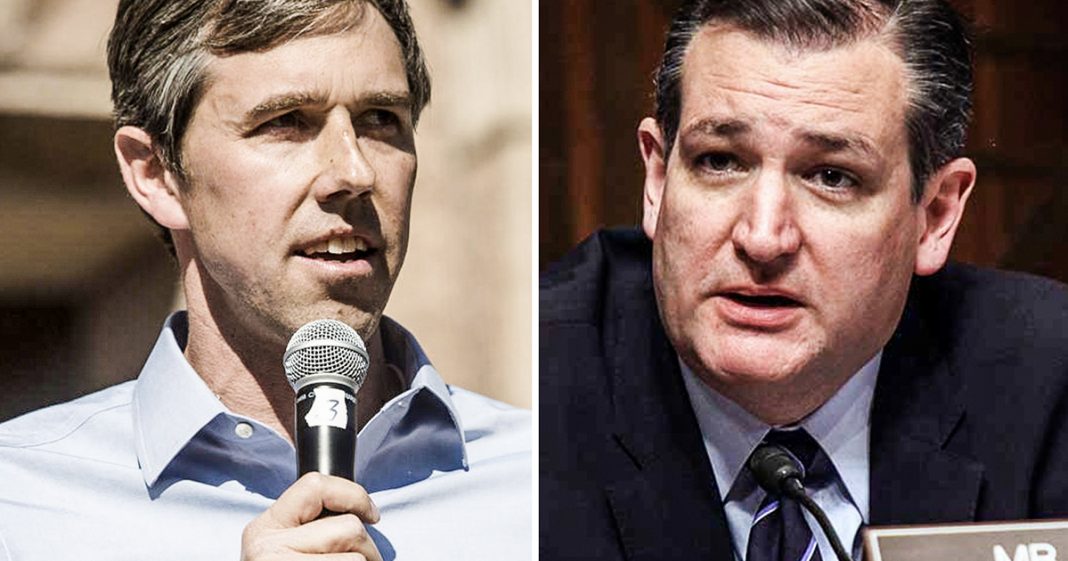 Ted Cruz never imagined that he would have to fight for his political life in his Senate race this year, but that’s exactly the situation that he’s found himself in right now. And following his idiotic comments about his challenger Beto O’Rourke this weekend, Republicans in Washington, D.C. are now admitting that Cruz will likely lose because everyone, including them, find him so unlikable. Ring of Fire’s Farron Cousins talks about Ted’s disastrous Senate race and his horrid personality.

It’s unlikely that Republican Senator Ted Cruz ever thought for a single second that he would be fighting for his political life in this year’s Senate race in the state of Texas, but that is exactly what’s happening right now.

He is in a statistical tie with his Democratic opponent, Beto O’Rourke, and with Ted Cruz constantly saying stupid things that turn off voters, like this past weekend, when he said that Beto O’Rourke wants to bring silicone, hair dye, and I forget the other thing, but, yeah, basically all of these horrible things to Texas as if none of that already exists in Texas. Oh, yeah. Nail salons, I think, was the other thing.

But anyway, nobody likes Ted Cruz. And I can say that because we actually have documented evidence of the fact that nobody likes Ted Cruz. Last week, Mick Mulvaney, the head of the Consumer Financial Protection Bureau and the White House Office and Management and Budget Director, was at a meeting in New York talking to wealthy Republican donors as Republicans like to do.

Somehow he had been able to hoodwink the people of Texas into thinking that he would be a good Senator, but those days kind of appear to be over. It’s pretty obvious what Ted Cruz stands for a Ted Cruz is all about advancing his own political career, even if it means sucking up to the man, Donald Trump, who insulted Ted Cruz personally, insulted his wife’s appearance, implied that his father was somehow involved with the JFK assassination.

This man basically slandered Ted Cruz and his entire family tree, but Ted Cruz is still sucking up to him because he doesn’t want his political life to be over yet. The voters in Texas understand that. They see what’s going on. They also remember the video of the 2016 Presidential campaign when Ted Cruz’s own kids didn’t even want him to hug them.

Yeah, Ted Cruz is unlikeable. It appears that he’s even unlikeable within his own family. But nonetheless, this man is in for the fight of his life against Beto O’Rourke, and if Republicans are already saying that they’re going to write off this Senate seat because there’s not much they can do about his likeability, then I don’t think Ted Cruz has a chance in hell of being back in Congress next January.