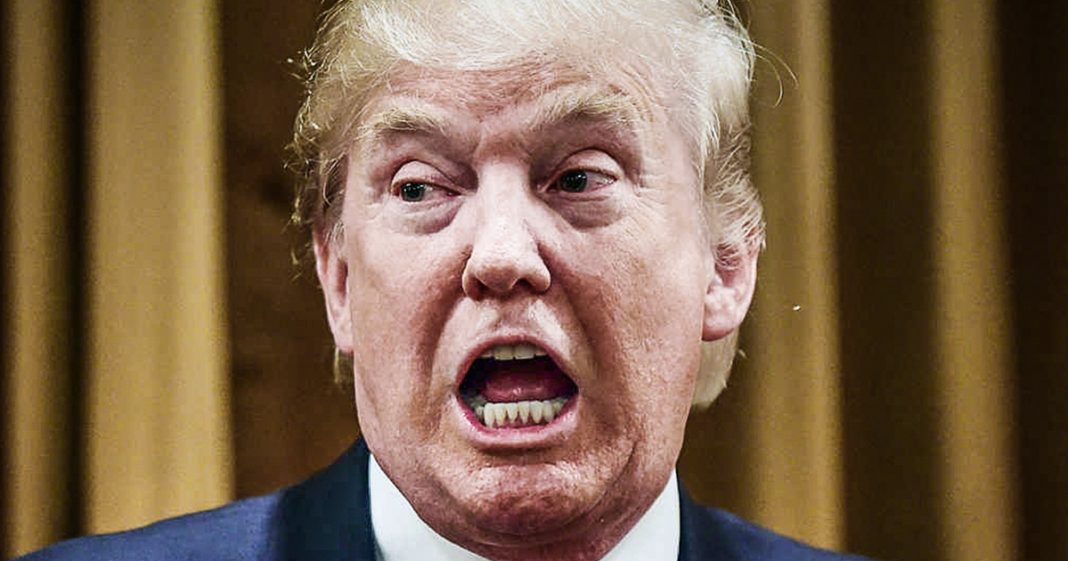 With the publication of damaging excerpts in Bob Woodward’s new book “Fear: Trump In The White House”, along with the anonymous staffer penning an op-ed for The New York Times, Donald Trump has increasingly become withdrawn from White House staffers because he doesn’t know who to trust. The President is angry and lonely, and that’s a dangerous combination for the most powerful person on the planet, as Ring of Fire’s Farron Cousins explains.

Donald Trump is obviously furious about the Bob Woodward book that came out this week, called Fear in the Trump Presidency. Actually, it comes out on Tuesday the 11th. But the excerpts hit this week and everybody got to see what an incompetent moron he truly is. The day after that was the New York Times op-ed that showed what an incompetent buffoon Donald Trump really is. So Donald Trump is obviously very mad about these things because a lot of his staffers talked to Bob Woodward, gave him all that information. And then this anonymous staffer goes and writes this New York Times op-ed. So, Donald Trump, not knowing who the rats in his administration are, has, according to insiders in the White House, basically secluded himself. He’s no longer talking to people inside the White House. He doesn’t know who he can trust so he is becoming more and more isolated within his own administration.

He won’t even speak to Kellyanne Conway because he doesn’t know if she may or not be the rat. White House staffers, according to Vanity Fair reporter Gabriel Sherman, who has some very reliable sources in the White House, this is what they had to say. “It’s pandemonium. He literally isn’t talking to anyone. He’s canceled meetings and is on the phone calling up his friends. The only people he can trust are his kids right now,” or so they say. They also say that the only people, and this is the more important part, the only people who are denying that any of these things in the Woodward book or the New York Times op-ed are true are the people at Fox News. They’re the only ones denying it.

Trump knows that what these books and these op-eds have to say is 100% accurate. Fox News is still trying to run interference for him but it’s not going so well for them, because you can only deny reality for so long before it eventually smacks you in the face and you’re forced to confront it. And that is pretty much what is going to happen to Fox News within the coming weeks. But Trump doesn’t want to hit that point. He doesn’t want to face these people. He doesn’t want to face the criticism and he doesn’t certainly want to think that people are disloyal to him because that’s the only thing in life, other than money, that he actually values, is loyalty.

So he’s withdrawn. He’s becoming isolated. And I have to say that considering the fact that he is, technically, because of his position, the most powerful human being on the planet, that’s dangerous. Anger and isolation are dangerous bedfellows. And yet, that is what we have right now with the President of the United States. This also happens to be the sole person in this country who can launch nuclear weapons. Now, I don’t think Donald Trump is going to do something that drastic in order to kind of get rid of all this negative publicity. But you never know. You didn’t know what this psychopath is going to do. And that’s what makes it so scary.

And the more isolated he feels, the more desperate he becomes, not just from the book and the op-ed, but from all of the investigations into his potential wrongdoings, we’re going to see Trump eventually lash out in a way that none of us expected or predicted. And that is about the only thing we can predict from what’s happening right now. He’ll eventually do something, something drastic, something dramatic, something completely unexpected in order to avoid this negative publicity and all of the horrible things that he knows are coming in his future. The only question is what is that dramatic thing from the president going to be?