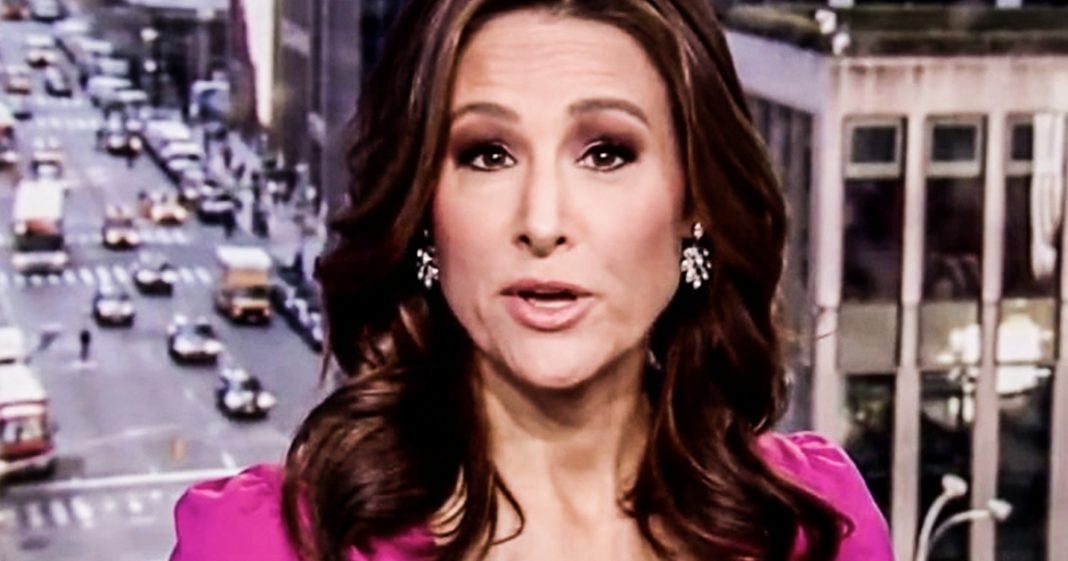 The State Department is eyeing Fox News host Lea Gabrielle for a top position with the agency’s anti-propaganda department, a relatively new undertaking of the State Department. The irony is obvious here, as Fox News is one of the biggest sources of Pro-Republican, Pro-Trump propaganda in the United States with little to no regard for accuracy and truth. Ring of Fire’s Farron Cousins discusses this.

The State Department in the Trump administration is considering hiring a Fox News host to head up their anti-propaganda division within the State Department. I mean that sounds like it would be a headline coming from the onion but unfortunately, that is the very sad reality in which we live today. The host is Lea Gabrielle who happens to work on Shep Smith’s show. Shepard Smith some people may understand is one of the few people on Fox News who occasionally will go after this administration, is willing to tell the truth, so perhaps working for Shep Smith on that show maybe Gabrielle’s not the worst person they could pick from this network. But still, putting someone from Fox News in a position at the federal government where they’re in charge of the administration’s anti-propaganda efforts, and these are anti-propaganda efforts, by the way, that are meant to prevent any kind of election interference coming from other countries.

It’s kind of a new post. It’s something that was only created within the last couple of years to try to fight back some of what’s been going on, the fake news and all of that, and if you want to combat that you should look really anywhere other than in conservative media, that’s what those people do for a living. They spread fake news and pro-Trump, pro-Republican propaganda. Even people like Shepard Smith because yeah, he’ll stand up to Trump and the Republicans every now and then, but for the most part he’s been a pretty good water carrier for most of them as have the other people on their show.

Now to her credit, Ms. Gabrielle did serve 10 years in the military. She took part in intelligence operations, so she does have a little bit of experience in this particular area, but so do plenty of other people in this country that haven’t also worked for a propaganda TV network which is exactly what Fox News is. I mean picking her for this post is like putting me in charge of hair gel quality testing. It doesn’t make any sense because I know nothing about it. Fox News is 100% state propaganda. Picking anyone from that network to fight propaganda is absolute insanity, and unfortunately, it seems like every day this administration and everyone associated with it, that they just wake up and say, “What is the dumbest possible thing that I could do today,” and then that’s what they go out and do. And that’s likely how we ended up with somebody like Lea Gabrielle as the top pick from Fox News to run the government’s anti-propaganda department.